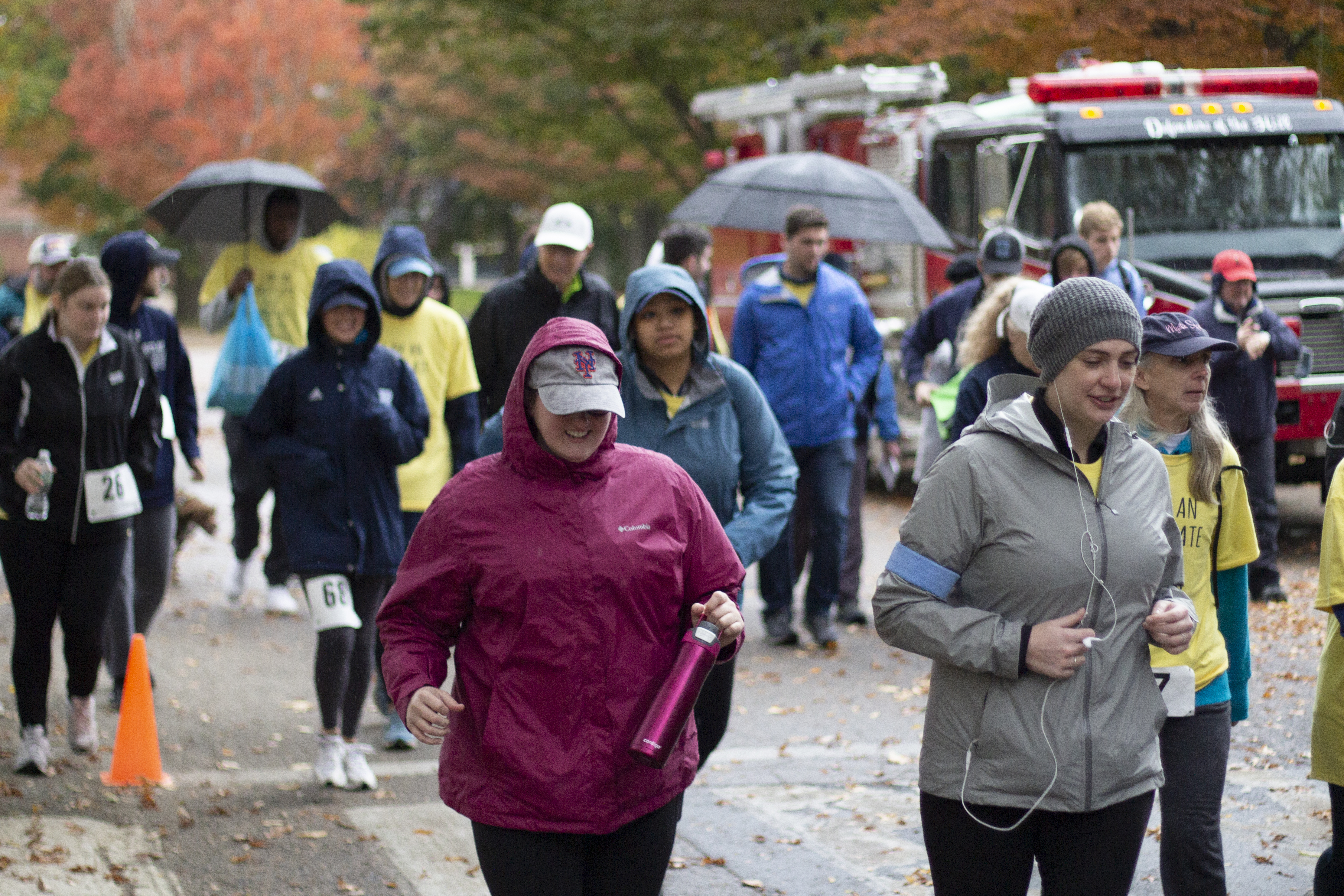 Despite poor weather conditions, the University of Rhode Island hosted the annual Be 5k walk/run in support of mental health awareness and suicide prevention this past Sunday.

The race has been held at the University since 2009 and was held this weekend for the eleventh time. This year’s event fell on Family and Alumni Weekend, as opposed to last year’s event which occurred during the spring semester.

Proceeds for the event go to the Heather Fund, an organization on campus that supports programs associated with depression, mental health awareness and suicide prevention. The foundation, which is supported through the URI Counseling Center, is in memory of former student Heather Vennewald.

“Not only is [it] a great event for people to get involved within the community inside and outside of URI, but it is also a great event to raise money for the Heather Fund,” said Mary Kate McGeary, the student employee for Clearinghouse for Volunteers, which seeks to engage and create a better campus community. “This will help promote events on campus and have mental health be a larger topic.”

There were over 135 participants for the race. Participants had to battle the dreary elements that the weather presented. Usually the event takes place on the Quad, but pre-race festivities had to be moved to the Welcome Center due to the rain. The race still went on outside as scheduled.

The event also had numerous students and community members who were there to volunteer at the event. Some were handing out complimentary water bottles, while others were on the course directing race-goers to where they should be headed next.

The Be 5k also displayed numerous booths that people could either donate to or learn more about mental health awareness. BH Link, a behavioral health facility based in East Providence that helps those in crises was one of the organizations that had a table at the event. Another was South County Healthy Bodies, a community initiative that works to support the mental health of young people. The URI chapter of Active Minds, a nonprofit organization that supports mental health education and awareness for students, was also at the event.

According to McGeary, one in five college students experience thoughts about suicide or struggles with mental health, which is why she said it is neccessary to talk about mental health on college campuses.

“It is something that affects a large portion of our students here,” McGeary said. “There’s a stigma around it and we are trying to get rid of it. College is very difficult with stress and there is a lot of freedom that sometimes doesn’t help.”

First-year student Max Ludwig walked the event with peers in his URI 101 class and explained why he thinks mental health awareness is important.

“It is an important issue that takes place on college campuses all over the country,” Ludwig said. “Suicide is one of the leading causes of death for people in our age demographic, so we might as well try to advocate for healthy living rather than just stay silent.”