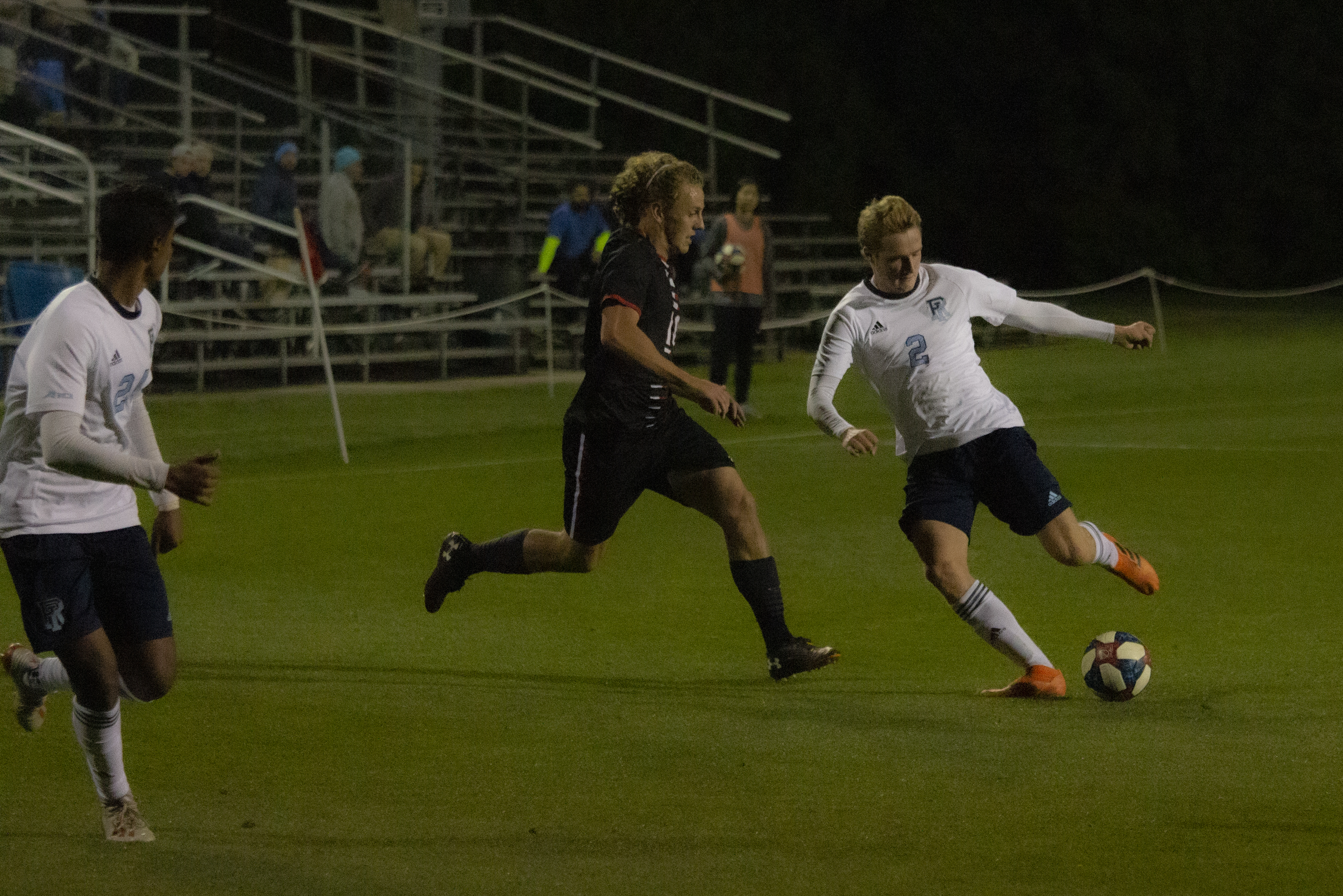 With a winning streak now ballooned to seven games in a row, the University of Rhode Island Men’s Soccer team shows no signs of slowing down.

Squaring off against the Davidson Wildcats this past Saturday night, the Rams were playing their final home game of the regular season, but not before the proper pomp and circumstance of senior night was out of the way. Honored before the game was a senior class that has seen an Atlantic 10 Championship, played in the NCAA tournament and only had one losing season while at URI.

With the ceremonies out of the way, Rhody still had business to take care of. The Ram’s sights were set on Davidson, who had only three victories on the season. URI didn’t fall victim into playing down to their competition, taking home a 2-0 victory over the Wildcats and sending the 1,271 fans in attendance home happy.

The outcome of this game was in doubt for most of the contest, as Davidson goalkeeper Sawyer Gaffney stood on his head in this one. With 10 saves on the evening, Gaffney effectively kept the Wildcats competitive deep into the second half.

Ultimately, the Rhode Island offense broke through, with sophomore defender Zach Drayer sending one home past Gaffney in the 80th minute. Senior Forward Simon Trcka added an insurance goal in the 89th minute to set the final score in stone and continue Rhody’s winning ways.

There were plenty of offensive chances for URI in this game, with a total of 24 shots being fired by Ram attackers, 10 of which were on goal. The Rhode Island defense was swarming as well, only allowing four total shots to be taken by Davidson, with three counting as shots on goal.

The physicality in this contest was apparent as well, with a combined 24 fouls. Both teams each recorded yellow cards, with the Wildcats going one step further and taking a red card along with their two yellow cards. At the end of Atlantic 10 play the Rams sit atop the conference standings, sporting a conference record of 7-1, with their lone defeat coming in late September on the road against Saint Louis.

Rhode Island now has their eyes turned towards their regular season finale, as they travel to take on the University of Denver on Saturday, Nov. 2.

URI has already clinched a home game in the Atlantic 10 tournament. The Rams will host a team that has yet to be determined at the URI Soccer Complex on Saturday, Nov. 9.