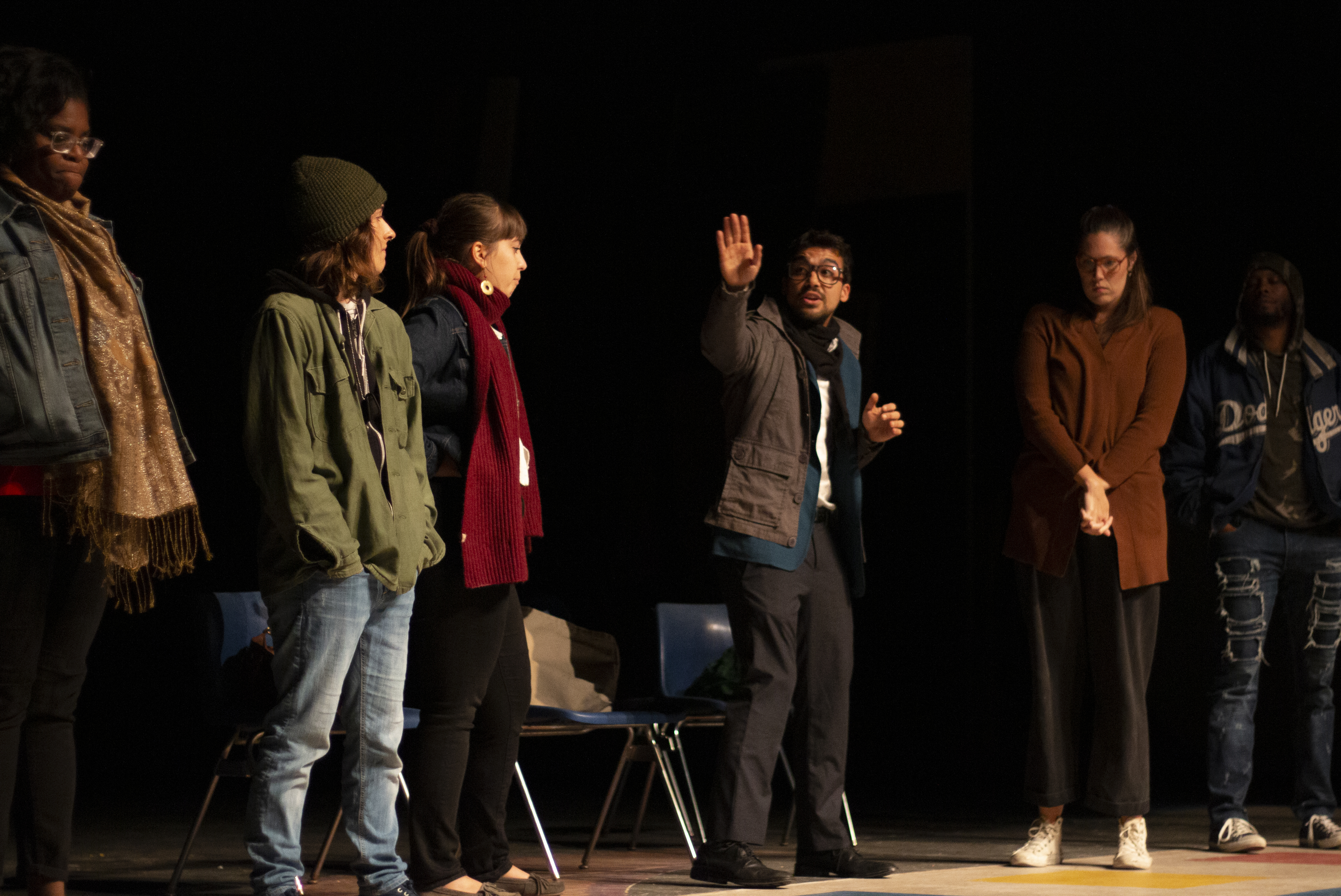 C.O.A.A.S.T. brings the conversation about addiction to campus through performance

Act II of “Four Legs to Stand On,” described as therapeutic theater aiming to eradicate the opioid epidemic through the arts, was performed at the University of Rhode Island on Oct. 23 with a talkback that followed.

The production was put on by Creating Outreach About Addiction Support Together, or C.O.A.A.S.T., founded by the show’s playwright, Ana Bess Moyer Bell. In the talkback, she talked about her inspiration for the show and for founding C.O.A.A.S.T., which stemmed from personal experiences growing up in South Kingstown and losing loved ones to the opioid epidemic, beginning in high school. The script for this play was inspired by the community narratives from the local area.

Act II of the play mainly takes place within group therapy for recovering addicts, led by a recovering addict named Anthony, played by Chris Rodriguez who is often mocked for his “new-age” methods of therapy, including meditation.

The characters attending this group therapy and the stories they share serve to show that there is no one person that can be expected to be an addict and that addiction affects many different people in many different ways.

Allen, played by Rachel Tondreault, is a war veteran struggling with post traumatic stress disorder after returning home from an overseas tour. Emma Sacchetti’s character of Evelyn had lost her mother to an accidental overdose as a child while Miguel, played by Jay Are Adams, lost his father as a young boy when he was stabbed to death in prison.

Audiences start by meeting Sam, who has recently left in-patient hospitalization following an overdose and the death of a friend. Sam, played in this performance by Jane Bird, had developed an addiction to opioids after experimenting with her father’s prescribed pills in Act I. Tricia, a single mother with a young daughter, played by Tiffany F. Fenton, also became addicted after being prescribed medication following a difficult childbirth.

In an emotional and powerful scene, Tricia addresses the War on Drugs and the fact that the epidemic in this country is not a recent one as people of color have been suffering from overdoses since the 60s and 70s, but the nation had not been as concerned or willing to even call it an epidemic. She also reveals that she is a nurse and has a hard time reconciling that medicine that is supposed to help you, can then lead to an addiction that can kill you.

During the talkback, one woman, whose son survived an accidental overdose, spoke about how the epidemic in South Kingstown specifically started long ago, but wasn’t talked about. Instead, the deaths and overdoses surrounding the epidemic were seen as isolated incidents rather than a community issue which C.O.A.A.S.T. is aiming to change.

Their website, coaast.org says, “our programs highlight addiction as a family disease. We believe the opposite of addiction is connection.”
The talkbacks at the end of each show serve to establish this connection between the audience and the members of C.O.A.A.S.T. People in the audience were given the chance to ask questions and give comments and those involved in the production, who recorded the conversation, were able to better understand the effects of their performance.

For this tour, C.O.A.A.S.T. partnered with the Theatre and Health Lab at New York University in Drama Therapy to better understand the impact “Four Legs to Stand On Act II” has on audiences. Before the show begins, audiences are asked to fill out a survey with questions that reveal opinions and attitudes towards addiction and the opioid epidemic. The same audiences then fill out another survey after the performance, allowing the lab to compare answers and find any significant changes.

To end the night, C.O.A.A.S.T. brings an invisible box with them to each stop, inviting audience members and those involved in the production to drop something negative off and take out something positive.

For more information about C.O.A.A.S.T. and their methods of drama therapy, visit coaast.org.