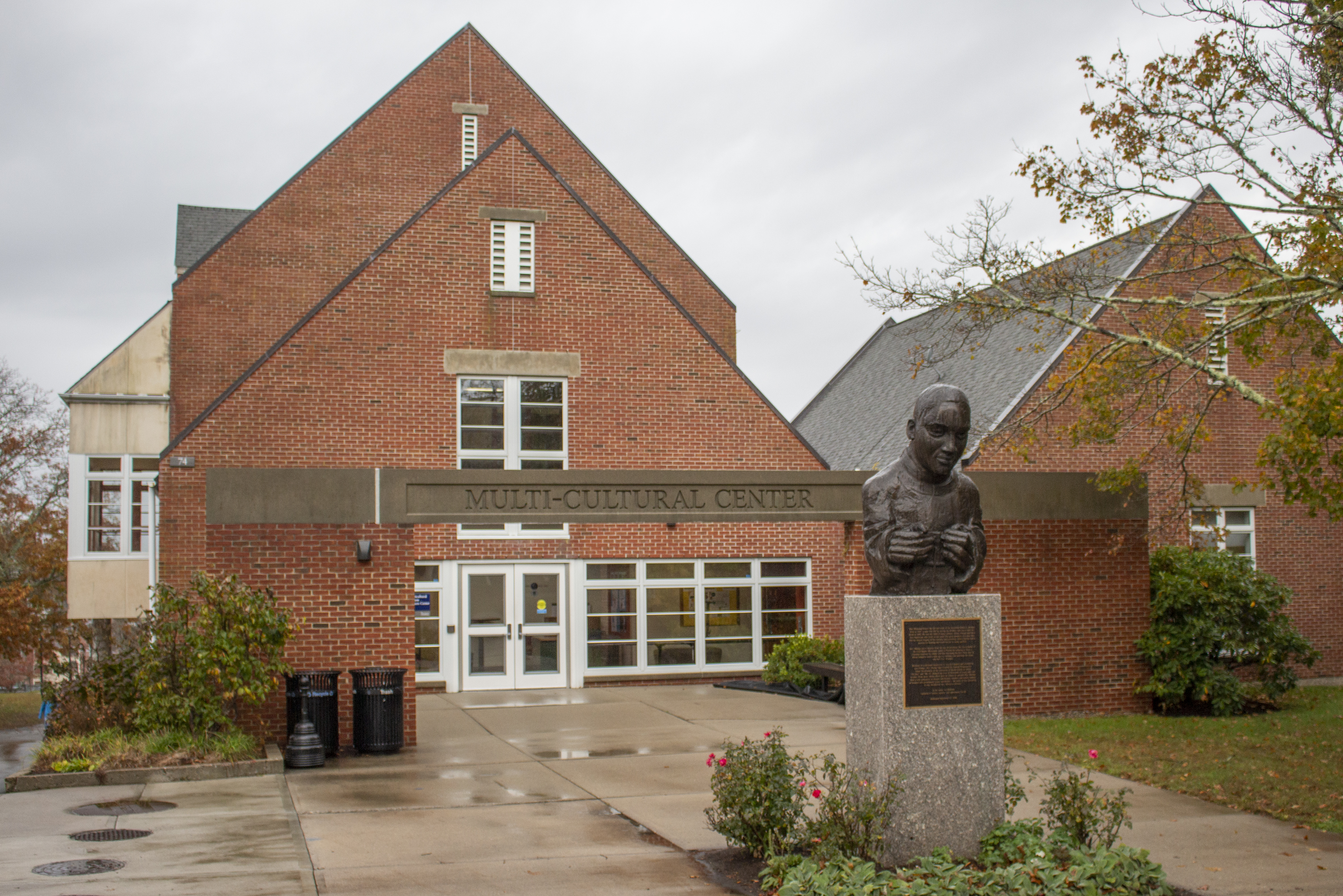 The Diversity Center is a great resource for students to learn about fun activities for everybody. Photo by James McIntosh.

The University of Rhode Island’s 23rd annual Diversity Week began this Monday, featuring workshops, lectures and events that are held throughout the week to focus on issues of race and religion.

Diversity Week is hosted by the Multicultural Student Services Center (MSSC). This year the MSCC is working in conjunction with the Honors Colloquium, which is centered around “Religion in America.”

For the first time in URI history, Diversity Week featured a diversity festival. The festival was held on Monday in the Memorial Union Ballroom and was titled “In Diversity We Trust,” which was a play on “In God We Trust.” The festival was hosted by Student Senate and the Multicultural Unity and Student Involvement Council (M.U.S.I.C.).

Admission to the diversity festival was free, as was the festival’s raffle. For the raffle, Student Senate and M.U.S.I.C. gave out clothing, art and other items from the various vendors. Vendors at the event included henna that was done by the Muslim Students Association, art pieces sold by students and different clothing brands.

“We wanted to make it clear that although not everyone believes in a God, everyone deserves to feel welcome and share their passion for what they love,” said Cultural Chair of Student Senate Lulu Alryati.

Students and local artists performed song covers and original songs at the event. The event also included performances from dance groups such as eXposure and Providence’s The Pack RI.

The night even featured a salute from a member of a chapter of Lambda Theta Phi Latin fraternity, which is the first Latino fraternity in the nation. The salute was used to highlight and recognize the cultural history of Latino men joining the military upon reaching adulthood to achieve and instill discipline as well as respect.

A workshop was held on Tuesday in the Hardge Forum and was facilitated by Alison Jackson Frasier, a coordinator in the Center for Student Leadership. The workshop was titled “Identity Crisis: Reconnecting With Allies and Advocates in the Current Political Atmosphere of the U.S.,” and involved a series of activities used to create a space to discuss issues dealing with identity.

With only one year before the 2020 presidential election, much of the discussion at the workshop revolved around the current political climate and the potential for change. The change discussed could occur through the election and future governmental decisions regarding certain identities.

The keynote speaker for Diversity Week was Judith Weisenfeld, a noted author and religious scholar. Weisenfeld spoke at the Edwards Auditorium on Tuesday night as part of the Honors Colloquium.

Weisenfeld’s research focuses on the intersections of psychology, race and African American religions in the United States during the late 19th and early 20th century.
The events on Wednesday in the Hardge Forum were a presentation by Erika Holshoe, a graduate student in the department of textiles, fashion merchandising and design, and a zumba party.

Holshoe’s presentation was titled “Lifting the Veil: Hijab Fashion in the Post 9/11 World.”

On Thursday from 9:30-10:45 a.m. in the Hardge Forum, Katherine Fernandez and Penny Rosenthal from the Women’s Center will facilitate “That Wasn’t My Intention: Having Courageous Conversations.”

From 2-3 p.m., also in the Hardge Forum, the workshop “Spiritual Activism: Seeking to Understand” will be held. The workshop will be facilitated by Robert Vincet, a coordinator from the Center for Student Leadership Development, as well as by representatives from URI Hillel and St. Augustine’s Church and Episcopal Center.

The final two events of Diversity Week will both be held in the Hardge Forum on Friday. The first event is a presentation from 10-10:50 a.m. by Michael Schreiber, URI Hillel’s director of Jewish Student Life. The presentation is titled “Let there be LIGHTS, CAMERA, ACTION: Depictions of a Higher Power in TV and Movies.” The last workshop, “100 Years of (White) Women’s Suffrage: Who Was Present, but Omitted from History?” will be hosted by three staff members from the Women’s Center from 1-1:50 p.m.