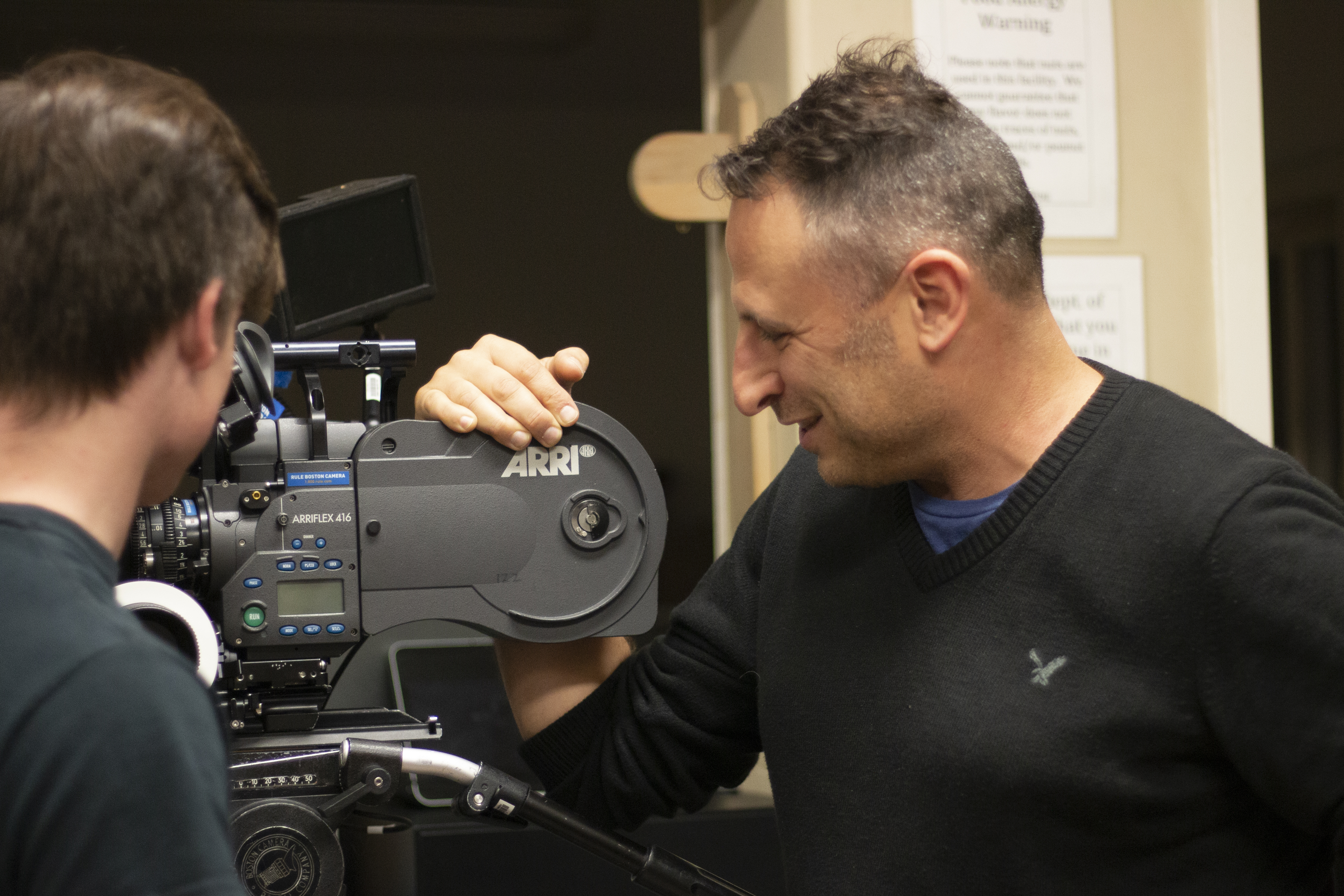 Keith Brown, a professor in the film media department, has a reputation on campus for going above and beyond the limits of the average professor.

According to Matt Digennaro, a graduate student in the department, Brown is unlike other professors because of his openness to personal emails and phone calls with students regarding anything he might be able to lend a hand with.

“He definitely has a passion not only for filmmaking, but also for the teaching as far as being able to work hands-on with the students in a more friendly and professional capacity than the other professors,” said Digennaro. “He treats everyone like they are young professionals who have unlimited potential in the industry he is preparing them for.”

One of Brown’s classes, FLM 351, shot a three-page script at Brickley’s Ice Cream in Narragansett, Rhode Island this week. According to Brown, some of the advanced film classes pay to use spaces, such as Airbnbs and cars, for film projects.

“I really think that it is very important to get an experience using a real space because you can’t make a movie you’re ever going to make in your dorm room,” said Brown. “You are going to have to use spaces that belong to others. These are real-world things and I just think it is important to give [the students] exposure.”

Students are required to shoot on film stock, which they have to purchase themselves. When registering for the class in the spring, students were told that materials for the class could cost between $200 and $400. However, students are given one test roll in the beginning of the semester to get used to the material.

In addition to his work as a professor, Brown is also a successful filmmaker. His work has been exhibited at the Boston Cinema Census, the Antelope Valley International Film Festival and the Georgetown Indy Film Fest.

Brown also has a client media group where he helps a group of students by pairing them with film projects that need to be done in the community. He works with his students in setting up meetings and discussing their approach to the project. The group has done work for local artists, farmers and businesses.

“I think that the students are awesome,” said Brown. “I think that our major is very different, it’s so much collaborative work. I think that students become friends with each other very quickly because they have to. That’s really exciting to see too. It’s exciting to see the progression of students starting and then what they make their last year it just amazing.”