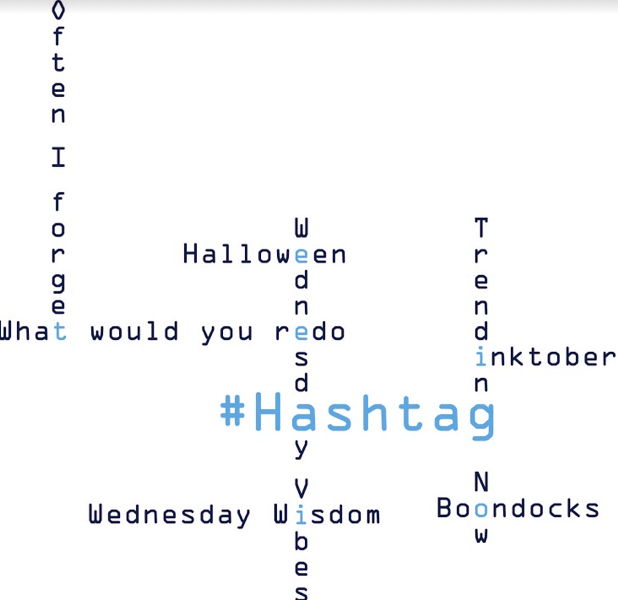 These are some of the recent hashtags that were trending on Twitter. Graphic by Elizabeth Wong.

Whether you have a professional or personal twitter, scrolling through the trending hashtags and trending tweets of the day is a fun, comical and interesting way to get a glimpse into the viewpoints and days of other people.

However, if you are one of the people who do not have a twitter account, which is understandable because it can be preoccupying and a form of procrastination, here are some of the best hashtags and trending tweets from this week.

The term “boomer” has been consistently one of the biggest trends on Twitter this week, referring to the generation born between 1946 and 1964, especially due to the fact that boomers have been getting angry at being called “boomer” believing that it is a derogatory term. However, according to Twitter users, “boomer” is a state of mind, not simply a generation.

One Twitter user, @thegooodgodabove, tweeted, “NEW COMMANDMENT: Thou shalt not compare being called a boomer to being called the n-word. If you do so you are only proving that, god damn, you are the ultimate boomer.”

Another Twitter user, tweeted, “The people I see get upset about “Ok boomer” are the same people who tell me to shut up because I’m an entitled millennial. And I’m Gen Z,” said @cameron_Kasky.

Another tweet by @Danaiwriter stated,  “ok, boomer is not a slur” paired with John Mulaney’s stand up comedy quote, “If you’re comparing the badness of two words, and you won’t even say one of them, that’s the worse word.”

Another hashtag that trended on Twitter this week was #OddWaysToEndAnEmail. While it was not stated if these strange ways to end an email were ones they actually received by the user, for comedies sake I hope so. One of these ##OddWaysToEndAnEmail were stated to be  “Truly yours lmao,” which was tweeted by @RachelJuly16 and @GarrettHall1970 who said, “Gotta go…mother is calling.”

#ForgottenOneHitWonders was trending as well this week, and according to Twitter users, flip phones, Teletubies and that weird blue song with the weirder video, (insert image of blue alien man singing the words “dabba dee-a dabba da da be dee dabba da” were some of the most memorable one-hit-wonders.

On Halloween, Tony Hawk was trending in the Twitter-sphere with users tweeting about Hawk’s characteristics tweets about people not recognizing him or not believing that he truly is the Tony Hawk.

“I can’t wait for the day where I meet tony hawk and I ask him if he’s Tony Hawk,” tweeted @shannondorf_.  “Perfect Halloween costume: dress up at tony hawk and when no one knows who u are it’s actually just an accurate part of the costume,” said @baby_teeth.