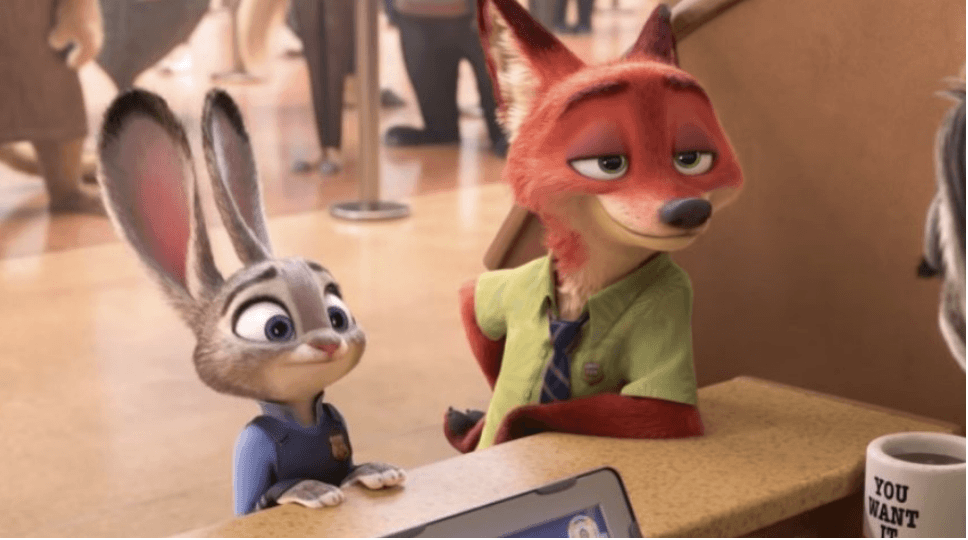 The subtexts of the film “Zootopia” from 2016 still hold true in today’s society. Photo from CCdiscovery.

At Disney’s D23 Expo in August of 2013, it was announced that a new animated feature would be coming out in 2016 called “Zootopia,” initially described as a buddy-cop film in a world of anthropomorphic animals.

In some ways, it is a buddy-cop film. Judy Hopps, who has freshly graduated from the police academy to become the first bunny officer in the history of Zootopia’s force, teams up with Nick Wilde, a sly, scheming fox that she blackmails to help her solve a missing animal case so she can prove herself to Chief Bogo, an African buffalo.

However, in its announcement six years ago, there’s no mention of the true reason why “Zootopia” is still relevant three years following its release in 2016: its message about prejudice in the animal kingdom that serves as an allegory for prejudice and racism in America.

Nearly two years later, when the first trailer for the movie was released in June 2015, viewers were first introduced to the film’s deeper meaning.

“The truth is, Zootopia isn’t perfect and just like our world, not everyone gets along, especially natural enemies,” Nick Wilde, voiced by Jason Bateman, said as his character trips Judy Hopps. At the end of the trailer, the tagline of the movie appears: “Like no movie you’ve ever seen be-fur.”
The trailer makes a promise and the film delivers on it. The biggest Disney movies always have some kind of message viewers, specifically children, are meant to get out of it.

Many of these messages are more overt, like in “The Lion King,” when Rafiki tells Simba that the past can hurt, but it’s important to learn from it, or the message about controlling your own fate in “Brave” and the classic “just keep swimming” from “Finding Nemo.”

While the inclusion of prejudice and the fight against it in “Zootopia” is quite obvious from the beginning, the allegory may not be as clear to younger viewers.

The film opens on a young Judy Hopps, performing in the “Carrot Days Talent Show,” providing viewers with a history of the world of the film, which is clearly meant to be more evolved than our own, at least to Judy. The play on utopia with Zootopia is immediately noticeable as she excitedly declares it a place “where anyone can be anything!”
Viewers of the trailers know that this isn’t the case. Like many children, Judy has yet to be exposed to the harsh world waiting for her, where she will find out that she’s prey and though the animal species have evolved beyond predators hunting prey, there is still prejudice against both predators and prey in Zootopia.

Judy is laughed at for trying to be a cop as a small bunny, while Nick isn’t trusted for being a fox, and at times, it’s rightfully so, but the message of “Zootopia” is that there’s always more to someone than their stereotypes.

“Zootopia” was released in March 2016, months before our most recent presidential election, and now, less than a year out from the 2020 Presidential Election, the message of the film is stronger than ever.

With the election of President Trump came a lot of fear about where America stood with tolerance and acceptance after electing a man who criticized so many different groups of people, from Mexicans to people with disabilities.

The greatest power of “Zootopia” is that it is made for kids, and while they may not understand the film completely, the adults in their lives can use the allegory to help explain what’s going on in our society that is then mirrored in the film’s fantastical world.

Currently, President Trump is facing an impeachment inquiry, something that is likely hard to explain to children of a younger age, but with “Zootopia” and the removal of Mayor Lionheart from office for his wrongdoings, parents can find a way to speak to their children in a manner that they can understand.

With “Zootopia,” the argument that kids couldn’t possibly understand or shouldn’t be exposed to prejudice and racism loses any credibility. Unfortunately, we live in a world where prejudice and racism do still exist, and in a country that’s struggling to come to terms with it, and “Zootopia” does a great job of not only making children aware of that, but helping them to understand it, and even combat it like the main characters of the film.

Now that a sequel is apparently in development, with a projected release date for November 2021, it will be interesting to see how “Zootopia 2” will stay relevant and continue to master what the first film did so well.