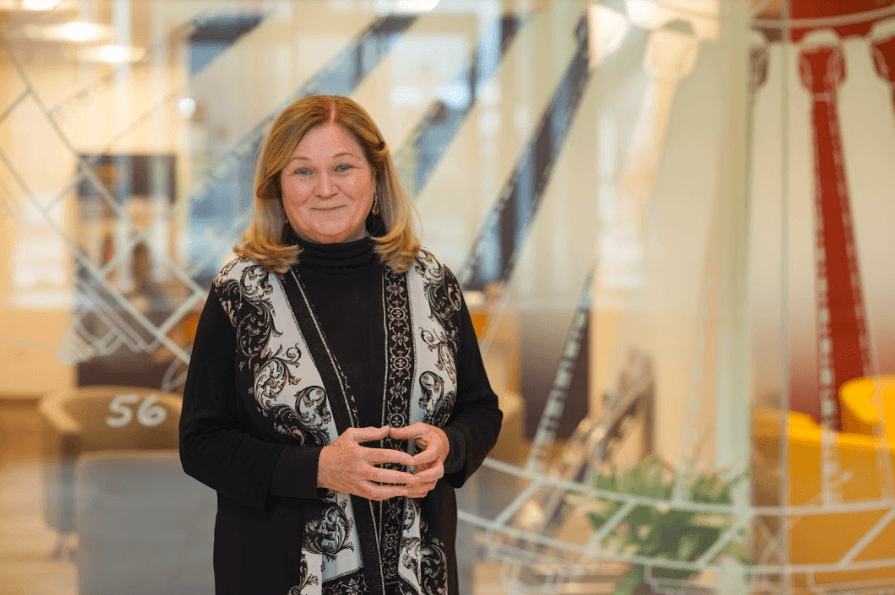 Dr. Diane C. Martins has a passion for her patients that has played a large role in shaping her career and eventually led to her becoming a nursing professor at the University of Rhode Island.

Originally, Martins worked as an intensive care unit (ICU) nurse. However, she became discouraged by some of the ICU’s practices, which led to her seeking out a new position instead.

“Prior to teaching at URI, I worked in New York City at St. Vincent’s Hospital and Medical Center,” said Martins. “While I was there, I was becoming frustrated with how we were taking care of patients in a way that more focused on keeping patients alive at the very end of their lives as opposed to doing more preventative activities. I was very fortunate that when I went to [human resources]. I was recruited by their school of nursing to teach at St. Vincent Hospital and Medical Center’s School of Nursing.”

Martins stayed in the city for several years before moving back to New England with her husband. She first decided to work for URI in 1981, and then came back to the University in 2007.

“I applied for several positions and I preferred URI’s atmosphere, the professional level of the faculty and the students at URI,” Martins said.

As a professor, Martins has taught courses at multiple levels and with varying topics. These range from basic “introduction of nursing” courses to “philosophy and science of nursing,” which is for graduate students.

“It is better to keep yourself able to teach across all the levels of education and there is a benefit to the students as well,” Martins said.

With her spare time, Martins became a faculty fellow in various areas over the years. These areas include social justice and peace and geriatric education.

Outside of teaching at the University, Martins conducts research on different vulnerable populations.

“I am very interested in vulnerable populations whether they are vulnerable older adults or particularly people who are living without homes, people who don’t have enough food and older adults in prison,” said Martins. “I am also looking into Spanish speaking immigrants and their experience of coming to the United States and what their experience is when living here.”

Since starting her research, Martins has always made it her goal to work with students who were truly interested in her research.

“I always did my research with nursing students so that nursing students were with me out in the field,” said Martins. “Nutrition and hunger as a concern was added when I visited the soup kitchens to talk with the people who were homeless and they would say the food that they were eating was not good for them. It tended to be very high in calories but very low in nutrition.”

Some of Martin’s research was done with Kathleen Gorman, the director of the URI Feinstein Center to End Hunger in Rhode Island. This research was focused on homeless individuals and both their nutrition and hunger. This research lead to the formation of the Restaurant Meals Program under the United States Department of Agriculture (USDA).

“The SNAP policy changes supported the Restaurant Meals Program and that program is in 10 states in the country,” said Martins. “The program was made so that the homeless, disabled and elderly could use their SNAP benefits in order to buy prepared foods.”

Martins was recently inducted as a fellow into the American Academy of Nursing. After considering whether or not to accept the nomination and being hesitant at first, Martins eventually decided to accept it.

“I was convinced by my colleagues that it was something that I should do,” Martins said.

As for the future, Martins has plenty of new research projects to help vulnerable populations in the state.

“Right now I am working on the Substance Abuse and Mental Health Services Administration grant,” said Martins. “These next few years I will be focusing on opioid risk reduction and substance abuse disorder around the state with my college of pharmacy and cooperative extension colleagues.”