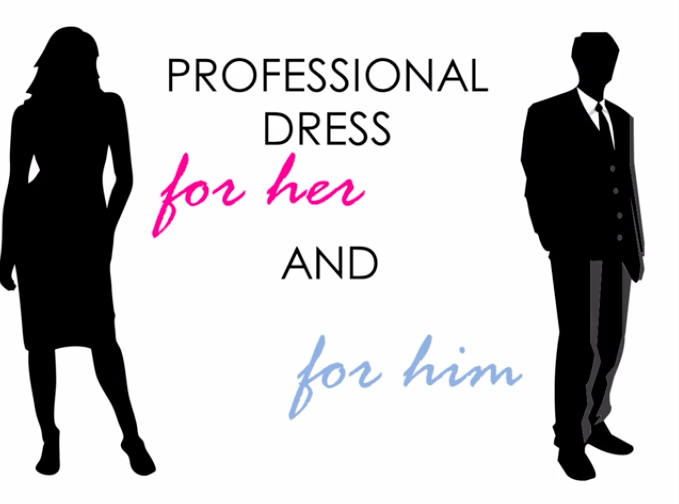 The University of Rhode Island’s College of Business is reconsidering the use of a video regarding professional dress, which is presented in a mandatory business course, after some complained that the video was sexist.

The business course BUS 390: Junior Career Passport Program is a one-credit professional development class that all students with majors in the College of Business are required to take.

One lesson in the course explains professional dress for an interview, internship or job. For the lesson, students watched a YouTube video, posted on the channel OUCareerQueenKG in 2012, titled “Professional Dress for Men and Women.”

Tips in the video included choosing appropriate suit colors, personal hygiene and how to properly tie a tie. However, some people found parts of the video sexist.

For example, the video encouraged women to wear dresses or skirts instead of pants in order to be taken seriously in their careers. The video also recommended that women should avoid wearing skirts that are too short or too tight. The narrator then explained that women who never wear makeup should use at least some in a business setting in order to move on in their profession.

According to College of Business Dean Maling Ebrahimpour, BUS 390 instructors worked together to choose this video for the course. Ebrahimpour said the department has used the video for several years with no complaints. He also said that he received his first criticism regarding the video this year from Mimi Brown, the mother of a business student.

Brown believed that the video was more critical of women’s dress than men’s dress, and had elements of “slut-shaming” and classism.

“The implication is that women must render themselves invisible by removing any hint of sexuality or personality from their appearance,” Brown wrote in an email to the dean. “While this approach may be supported by some outdated ideas of female appearance that are still prevalent in business, it does considerable damage to young women and men when a University portrays these concepts as a valid and immutable standard.”

Ebrahimpour said that the video reflects the current standards of business dress, although not everyone may personally agree with them.

“You have to dress like that not because we like it, but because the organizations or the companies [you apply to] expect to see that kind of thing,” Ebrahimpour said. “Having said that, things have gotten a little more liberal than before.”

In response to concerns regarding the video’s quotes about how skirts and dresses are preferred more than pants, Ebrahimpour said that those who had issues with the quote took it out of context.

“It gives the option [to wear pants or a skirt],” Ebrahimpour said. “What’s preferred is this style, but it wasn’t dictating to you to do exactly this or else you’re going to fail. It is recommending what is prevalent in the marketplace.”

Although Ebrahimpour said that business dress codes are generally quite conservative, BUS 390 instructors will consider other options regarding professional dress instruction. Ebrahimpour is not sure if they will keep the current video, find a new one to show or to have URI students create their own video.

Ebrahimpour also said that he wished students who had concerns regarding the video had voiced them.

“With these things, I would love to hear from the student rather than the mother or father,” Ebrahimpour said. “These things makes us better. It tells us what we can do to improve because if we cannot do that, then how can I tell you how to improve as a student? I have to be a role model for you.”

Ebrahimpour said that Brown was the only person to contact him with concerns regarding the video. However, several students told The Good Five Cent Cigar that parts of the video made them uncomfortable. Junior marketing major Lexi DelPico created a video in which she addressed some of her concerns, which she then sent to her professor.

“I think it is important to realize what people in the business world are looking for in dress, and [the video] went in depth,” DelPico said. “The only thing was that it was super limiting-sounding for women. I think it definitely could have been worded better, a lot of the discussion was just worded offensively. I think they should use a video that is more open to women’s dress other than saying women should only wear skirts and dresses.”

Maddie Cooprider, a junior marketing student, felt that parts of the video limited self expression and was not inclusive of all gender identities. Cooprider did not share her complaints with any faculty or staff because she did not think it was a top priority for her at the time.

“I don’t think the video was necessarily wrong, but I think they should update it to a new more present day version, displaying other acceptable attire,” Cooprider said. “Also not limiting women to just dresses, since many people now do not associate with one specific gender or sexuality, and it is okay for women to wear suits just as much as men.”

Other students had more mixed opinions regarding the video. Nick Colicci, a junior business administration major, said that he agreed with the class teaching professional dress, and did not think that the video was “slut-shaming.” However, he believed that people should not be judged for their performance based on their appearance.

“While I do believe the quality of this lesson could be improved with an updated or more recent video, I would not go as far to say it is slut-shaming,” Colicci said. “The intention of this video is to merely explain professional expectations in terms of appearance. I do not believe women must dress this way to be taken seriously. I have had the opportunity to work with incredibly successful men and women who do not necessarily conform to the ‘professional’ dress code. Success and being taken seriously is a result of work outputs and tangible accomplishments, not appearance.”