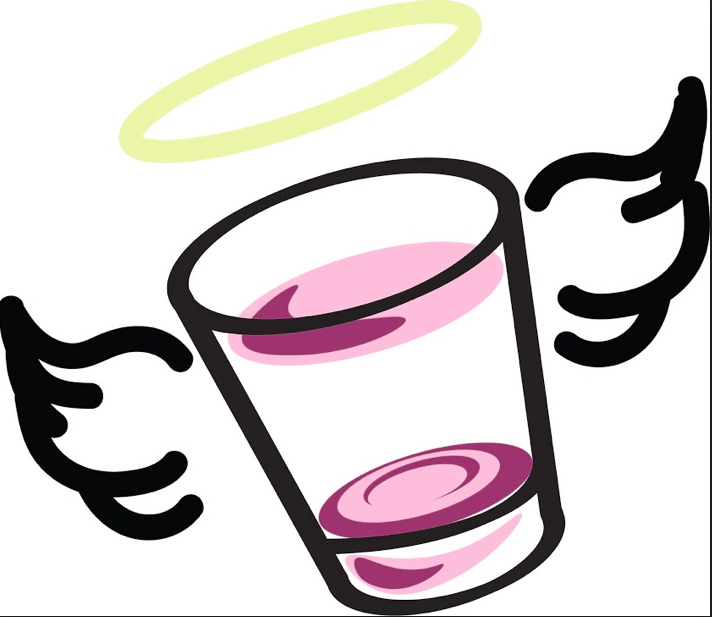 Several bars around campus will now allow women to order an “angel shot” if they feel unsafe. Graphic by Elizabeth Wong.

Starting this weekend, some local bars will implement the “angel shot,” which is a code alerting bartenders that the woman ordering the drink feels uncomfortable or unsafe.

This drink has been used throughout the country by numerous bars. Typically, this program is implemented with a flyer in only the women’s bathroom to make customers aware of the drink.

However, as Marotta worked on the program, he talked to different administrators from URI who would be interested in its implementation. This group included: Kathy Collins, the vice president of Student Affairs; Ellen Reynolds, assistant vice president for student health and wellness; and Kelley Ryan and Christiana Molinski from Violence Prevention and Advocacy Services (VPAS).

Some administrators thought it might be best to include the flyer regarding what drink to order if you’re in need of help in the men’s bathroom as well. Marotta thought this would undermine the program meant for women.

Since this is Marotta’s initiative, he took administrators’ opinions into consideration, but ultimately rolled out the program how he best saw fit. Marotta decided to put flyers in just the women’s bathroom despite the differing opinions from administrators from URI.

“I think it’s valuable for men to have the resource as long as [the terminology] is different,” said Marotta. “The intent of the program is to be a subtle and discreet way to avoid a potentially dangerous situation, of unwanted and sometimes violent advances. To have the flyer in both bathrooms eliminates the purpose of the program itself.”

Collins said that it is important to consider same-gender assaults as well, as she hopes this program would consider the community as a whole, regardless of the victim’s gender.

“I have worked with and supported individuals of all genders who have been assaulted,” said Collins. “So I want to make sure as a member of a community, how are we protecting and providing any type of community resources to all individuals?”

Collins also said she wishes more would be done to encourage men to stop sexual assaults, instead of placing the responsibility upon women.

“I am tired of ‘You need a whistle,’” said Collins. “I am tired of how we have to carry our keys in our hands. I am tired of these female-focused resources. We need to stop the behavior from happening.”

Though Collins has her own opinions on the matter, she strongly supported this initiative.

Marotta said that although he is disappointed that women are forced to take extra measures to protect themselves, he knows this program is valuable.

“Until the problem is addressed from the start, these types of resources are critical to keeping women safe,” said Marotta.

Senior Brianna DuPont said she is relieved this program is being implemented.

“It’s so sneaky and I love it,” said DuPont. “I think this is the best idea ever and can’t believe we didn’t come up with it sooner.

Monique Eva, a bartender at Bonvue, said she thinks the program will benefit women who come to the bar.

“I think it’s a great thing to offer,” said Eva. “[However], we wouldn’t have a bartender escort you out, we would have a bouncer do it.”

Liam McMullem, a bartender at Ocean Mist, also said that this program is a great way for women to discreetly handle any uncomfortable situation on their own.

“As a bartender that does me feel a lot safer, knowing that there is a way to resolve problems like that,” said McMullem.

Marotta started this program because when he became president he was stunned by the instances of sexual assault both on and off URI’s campus.

“As president of the University Student Senate I represent the entire student body, and knowing that some of those students have to deal with assault and rape really bothers me and that’s why I wanted to implement this program,” said Marotta.

Although the statistics show that women are more likely to be sexually assaulted in college, men are not unaffected either. According to RAINN, about 3 percent of American men, or 1 in 33, have experienced an attempted or completed rape in their lifetime.