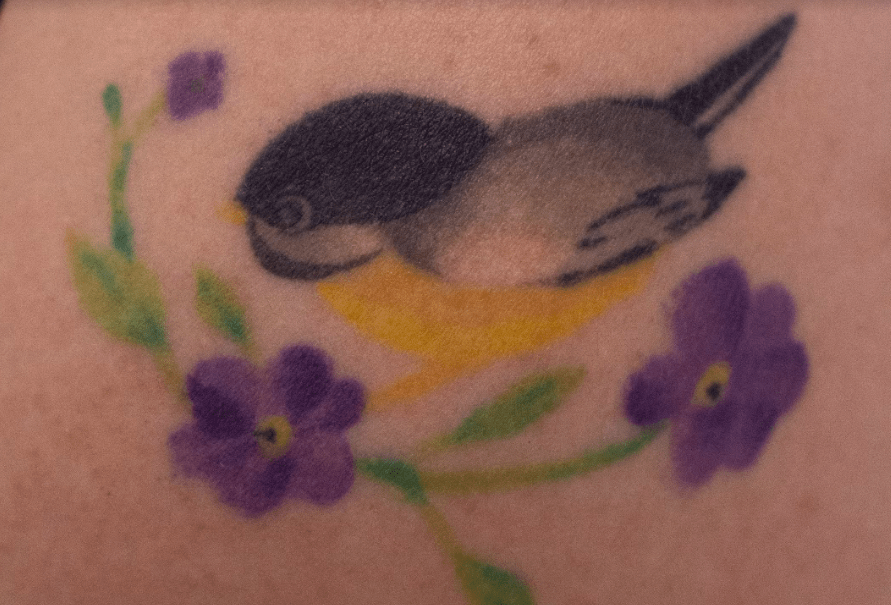 Whether they have sentimental meaning or not, many students around the University of Rhode Island have tattoos that are representative of what they love and who inspires them.

One example of this is junior Emma Richelsoph who got a matching “Star Trek” themed tattoo with her dad a few years ago.

The tattoo, drawn by Richelsoph, is a “Star Trek” symbol marked by the “commander symbol” and bordered by the saying “Boldly Go.” Richelsoph said that she has always been an introvert, so the saying is meaningful in reminding her to sometimes step out of her comfort zone.

“Boldly go is part of the ‘Star Trek’ opening,” Richelsoph said. “It’s ‘Boldly go where no person has gone before.’ And I really like that because I’m kind of an introverted person, so it’s a reminder to not be quite so introverted when necessary.”

Richelsoph said that since her dad already had a tattoo, getting a matching one with him seemed like the perfect choice.

“I grew up watching ‘Star Trek’ with him,” Richelsoph said. “That was our thing to do together.”

Richelsoph said she always wanted to get tattoos, but she was never sure what she would get. Her second tattoo is a replica of a painting of a chickadee and purple flowers by her grandmother.

“My grandma had sent me the painting a while ago and I brought it to college with me,” Richelsoph said. “I just liked it a lot and I got it in my head that I wanted it done as a tattoo.”

Junior Meg Wenz had a similar experience of choosing what she loves as a tattoo. She has five, but her most notable is the text tattoo “Executive Producer Dick Wolf” written on her arm in honor of her love for “Law and Order: Special Victims Unit.”

“I thought it was really funny,” Wenz said. “I saw an article on Facebook about a guy that has the same thing as a tramp stamp, and I was like ‘Wow. I want that permanently on my body forever.’”

According to Wenz, she has gotten many mixed reactions about her tattoo from family and friends.

“My parents despise it, they hate that I got the tattoo,” Wenz said. “They hate being reminded of it, but everyone else loves it. The older people that know about it are more apt to not like it or not understand it, but all of my friends think it’s hysterical.”

Wenz said her love for “Law and Order: SVU” began in her early years at URI.

“I was going through a rough time around the time that I got the tattoo,” Wenz said. “So I would watch “SVU.” I would go home and binge-watch it, especially on the weekends. It’s a really good show to just mindlessly watch, as weird as that is considering the subject matter of the show. It was good background noise for me.”