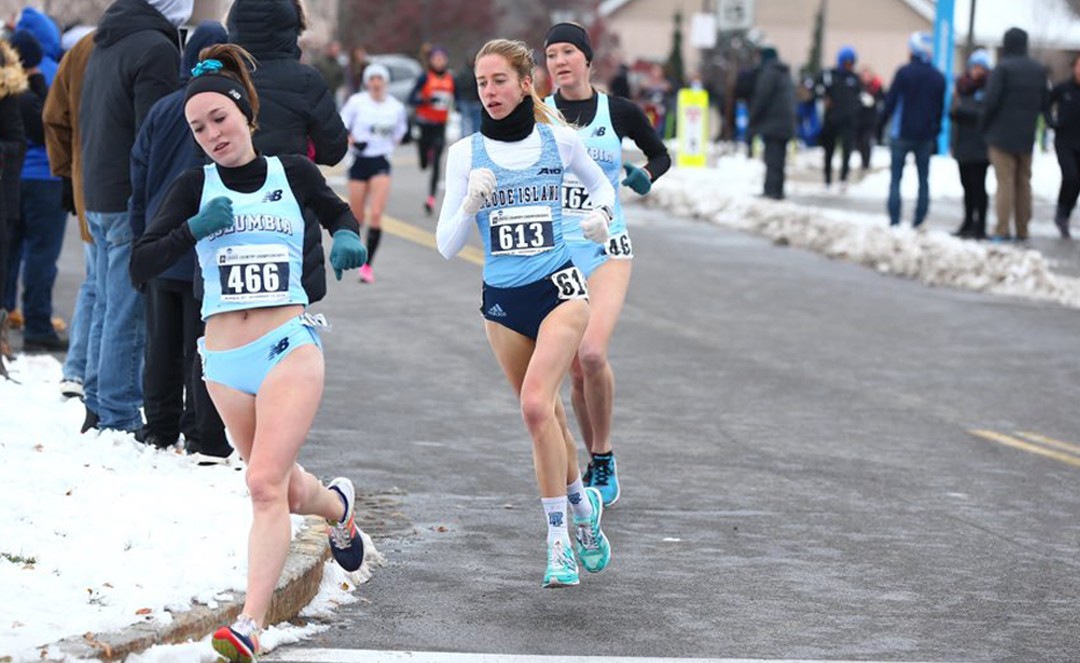 The University of Rhode Island men’s and women’s cross country teams competed this past weekend in the 2019 D1 Northeast Region Cross Country Championships.

There was controversy heading into the event, as the races were initially scheduled to be held at the Audubon Golf Course in Buffalo, New York. Poor course conditions required a change, and the championship was held on a road course at the University of Buffalo’s campus. As a result, the race was ran as a road race as opposed to a course in the woods or on grass.

Junior Lotte Black continued to add more chapters to her career at URI, finishing seventh overall in the women’s 6k. Her time of 19:36.6 was the best finish in team history at the event.

The placement was good enough to earn her an at-large bid to the 2019 NCAA Cross Country Championship. She was one of five racers from the Northeast region who received at-large bids from the selection committee on Saturday. Black, who won the Atlantic 10 Cross Country Championship earlier this month, will be the second female participant from the conference at the NCAA championship. She will be joined by Suzanne Dannheim from George Washington.

Black, a native of Pennsylvania, is only the third runner in program history to qualify for the NCAA Championship, joining Erin Silvering and Stephanie Ulicny. The championship race will be held at Indiana State University on Saturday, Nov. 23.

Overall, the women’s team finished 27th out of 41 teams who competed in the regional and had seven players compete in the race. Along with Black, sophomore Becca Durham finished 151st with a time of 22:09. Una Treanor, Ashley Evans and Camile Bertholon also finished the 6k in under 23 minutes. Nikke Cassavell and sophomore Kaylen Hughes finished 218th and 240th, respectively.

The men’s team competed later in the day and did not compete as a team in the event. They had three players who competed, and senior Joseph Maguie was the highest finisher. The team captain ran the 10k in 30:48, placing him 108th in the event. Underclassmen Eric Zulkofske and Ben Fleischer finished the race in under 33 minutes.

The Northeast Regional served as the final race for the team this year. URI finished 10th at the conference championship earlier this month, which eclipsed last season’s placement of 13th overall. The women’s team also finished 10th overall in the conference at the event, which was their best finish since 2014.