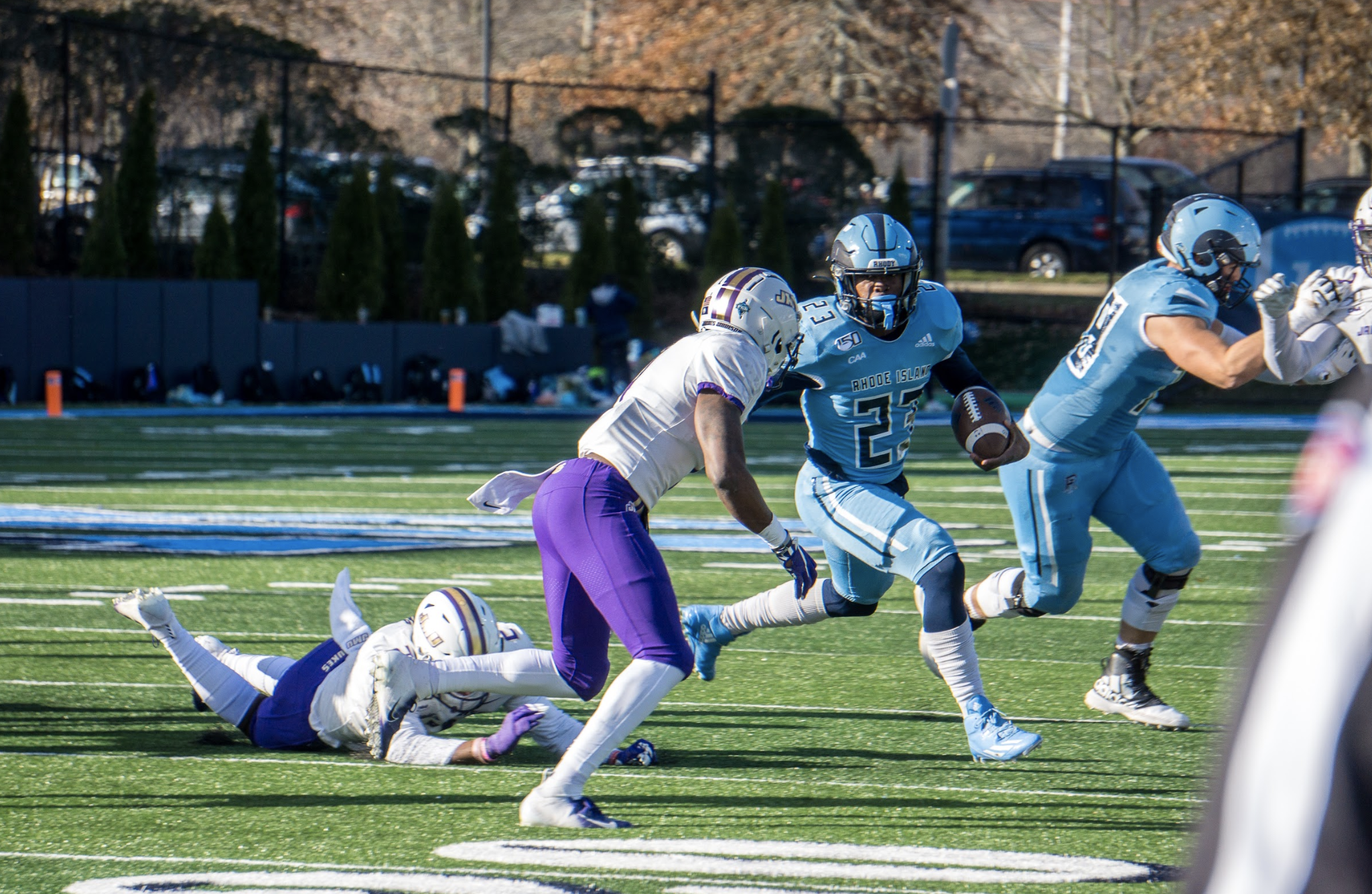 A 2019 football season with high hopes came to an end with a 55-21 defeat at the hand of the No. 2 nationally-ranked James Madison Dukes.

The Rams came into Saturday’s contest with nothing to play for but their pride, as it was most of the 2019 seniors last time on the gridiron.

The Dukes scored the first 31 points of the game including 21 straight points in the second quarter. The Rams did not score until the second half of play, when sophomore tight end Caleb Warren caught a two-yard touchdown pass from quarterback Vito Priore, which was also the first of his career.

“You dig too much of a hole against the No. 2 team in the country, you’re not gonna have too much of a chance to dig out very well,” said Head Coach Jim Fleming.“It was a tough way to send our seniors out. That’s what these games are about at the end of the year.”

Fleming could not have been more right about that statement. The Rams defense allowed 248 yards on the ground along with three touchdowns which were punched in by the tandem of Jawon Hamilton and Percy Agyei-Obese. It was the usual suspects that were the Rams undoing against the Dukes, allowing almost 400 yards on the ground.

It was a day of milestones for most of the Rams as they seemed to be playing loose in a game that was purely for pride. Senior wide receiver Aaron Parker broke the 3,000 yard mark for just the second time in program history. He also added his 30th touchdown catch for his career, becoming just the third Ram to accomplish that feat, and the first since 1987. Isaiah Coulter and Parker were also just the second pair of Rams to combine for 1,000 receiving yards.

“Since the day I came in the door we’ve been a gritty group,” said Parker. “The legacy I think we left, even though we didn’t have the season we wanted to, I think we changed the program a lot. Unfortunately in life when you work hard for something, sometimes you just come up short. That’s what happened this year.”

Jake Fire led the defense with 10 tackles and two for a loss. Cranston native Malik Gavek added five tackles and a fumble recovery to his breakout season.

Senior Kevin Lawrence had the honor of being the Anchor Bearer for the final home game of the season.

Rhody had high hopes coming into this season after finishing over .500 for the first time since 2001 during their 2018 campaign. There were even some hopes of qualifying for the FCS playoffs, however, those hopes were dashed early in the season.

“You have to look at what this class has been able to do for the University of Rhode Island football program,” said Fleming.

The Rams played four non-conference opponents, two of which were FBS teams- Ohio University and Virginia Tech. Finishing with a 2-10 record the Rams average margin of defeat was 16 points, a number that was inflated by 34 and 36 point losses to William & Mary and JMU on Senior Day.

Overall it was a disappointing season for the Rams but there are positives to take from the 2019 season. Helmed by quarterback Vito Priore, the Rams ended the season with one of the top offenses in the country with Priore ranking top 20 nationally in passing yards. Offensive weapon Ahmere Dorsey was in the top five for all-purpose yards with 1,906. Not to mention Aaron Parker was in the top five for receiving yards as well.