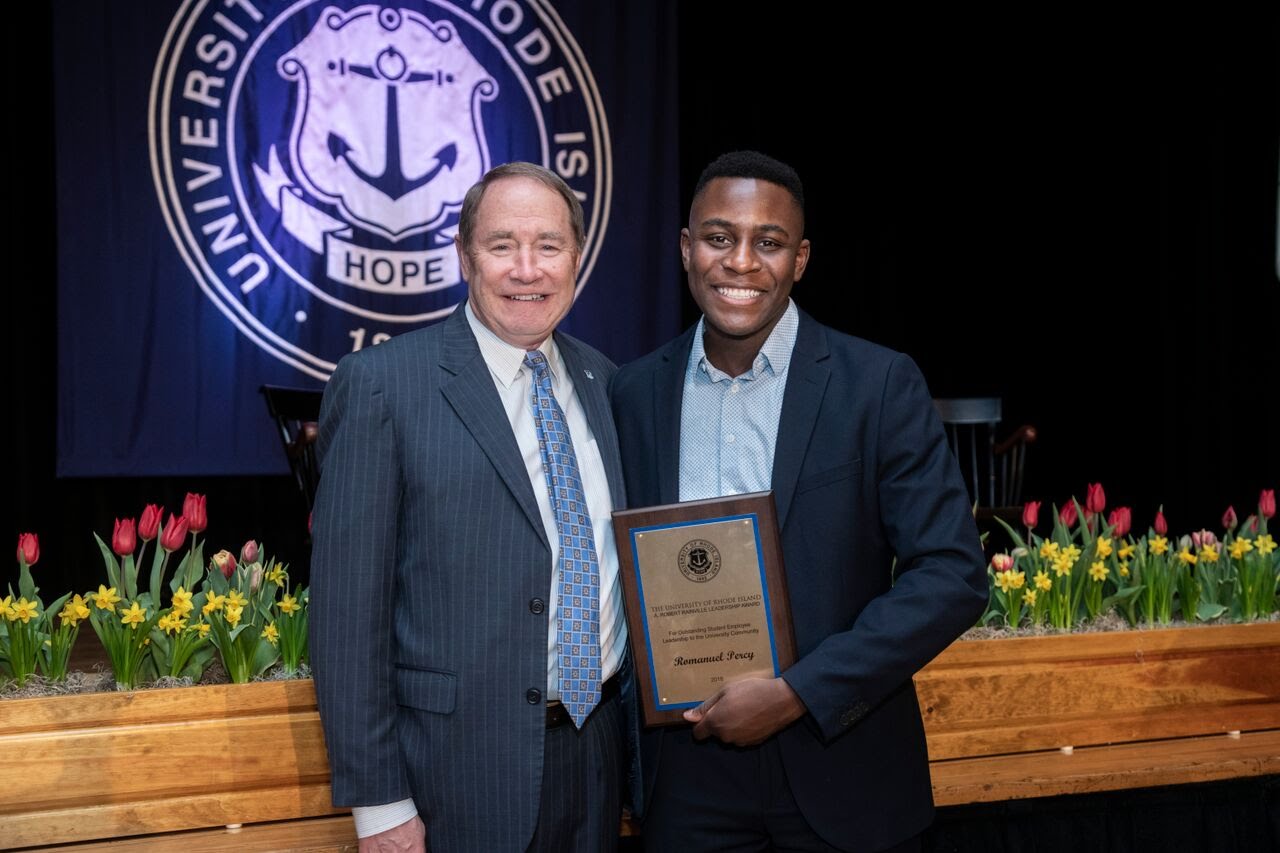 A 2018 graduate of the University of Rhode Island, Ro Percy, has returned to the University as an admissions counselor for the Talent Development (TD) program, which allows him to pursue his passion of helping disadvantaged high schoolers attend institutions of higher education.

“What we’re doing is we’re recruiting disadvantaged students from the state of Rhode Island into the University of Rhode Island so they’re able to apply and get admitted into the program, working with me and URI to do that,” Percy said.

TD was founded in 1968 after the assasination of Martin Luther King Jr. According to Percy, URI was not a very diverse school at the time and there weren’t many students from underrepresented communities represented on campus.

The University has made progress in recruiting a diverse student body, and today there are currently approximately 1,200 students in the program.

According to Percy, students that are accepted into the TD program receive a need-based grant, which is crucial in enabling students to attend URI who otherwise would have been unable to afford attending college.

As a student, Percy was a part of the TD program. Growing up in Pawtucket, Rhode Island, Percy heard about TD through friends and was encouraged to apply. Through TD and URI, Percy discovered his passion for helping underprivileged communities of young adults gain the financial support they needed to attend higher education.

“I really really love it,” Percy said. “I love the opportunity of recruiting for the program of TD. It’s a full circle, when I was in high school I was looking at where I wanted to go to school, I was really gravitated towards the people who were from the same kind of situation that I was in at the time and I think when I heard about TD and what it did for students who were in situations like mine growing up, I really got inspired.”

While Percy was a student at URI, he worked as the student coordinator for the orientation program. This helped Percy discover his love for working with people, specifically first-year college students.

Working as an orientation coordinator was a job that lasted until July, which was after Percy’s graduation. This meant that while many of his peers were accepting their first post-graduate job positions, Percy was preoccupied with his current position and was looking for a job that would begin after July.

“When I was doing orientation I saw the job posted out,” Percy said. “I was really curious about working for URI in some capacity because I love this school and the job was posted. I applied for it and ended up getting it.”

Percy said that he is excited to evolve URI’s TD program and help it grow.

“This program has opened my eyes in the sense that I always want to fight for what is best for the students and it’s a really tough position to navigate through,” Percy said. “It’s really interesting that I get to make my own kid of  image of the way I want to recruit and it is very tough, very challenging but it’s also very eye opening and you learn so much more than just about the Rhode Island education system.”