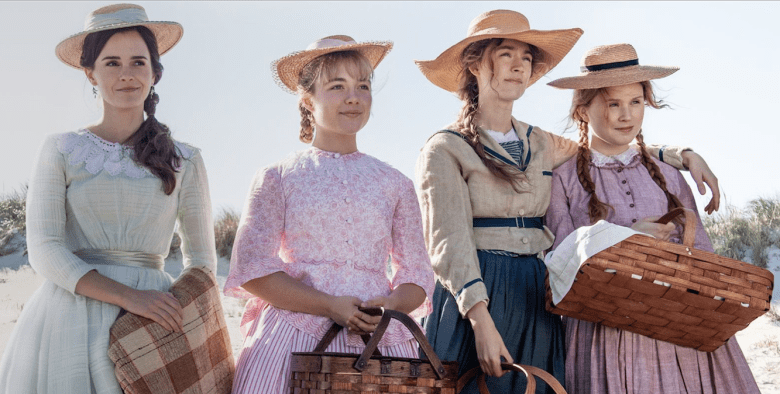 Several movies are coming out this winter such as “Cats,” “Little Women” and “Star Wars Episode 9: Rise of Skywalker.” Photos from IMDb.

This winter, get ready to binge-watch new movies while curled up next to your fireplace or escape the snow at a local movie theatre to watch this winter break’s movie blockbusters. This December is loaded with new films entering theaters featuring thrillers, musicals, historical dramas and a whole lot of remakes.

The sequel to the remake of “Jumanji: Welcome to the Jungle,” “Jumanji: The Next Level,” will be coming to theatres on Dec. 13. This new twist on the classic 90s film about a board game that comes alive has entered the modern world as a video game that sends a group of teens inside the game. And this season the comical cast is heading back into Jumanji with new adventures, skills and a whole lot of laughs.

For those of you looking for a little less laughs and a lot more screams, coming out on Dec. 13 is a holiday horror film. Following a group of sorority girls facing a murderous fraternity over the winter break, a remake of the 1974 film of the same name, “Black Christmas” will be coming to the big screen. While some say the trailer revealed too much, there may be a few new dark twists to truly give you nightmares before Christmas.

The most talked-about and semi-controversial film is coming this December and, yes it’s about singing cats. On Dec. 20, “Cats” hits theatres and many people have been waiting to see this film because, let’s face it, no one understands why they decided to make this musical into a live-action film. According to freshman University of Rhode Island film student, Sophia Melville, “It seems like it’s good, but visually kind of scary. I won’t see it in theaters.” With an all-star cast and songs by Tony-winning artist, Andrew Loyd Webber, we will finally see whether this film is a flop or the cat’s meow.

Seeking a more classical tale? This Christmas, Louisa May Alcott’s iconic story, “Little Women,” returns to the screen. With a fantastic cast including, Emma Watson, Timothee Chalamet, Meryl Streep, Saoirse Ronan and Laura Dern, this heartwarming tale of family, love and loss is a perfect film for the holidays.

And finally, one of the most anticipated movies this December is the final film to the decades-long franchise, “Star Wars.” “Star Wars Episode 9: The Rise of Skywalker” will be hitting theatres on Dec. 20. The third installment of the “Star Wars” sequel trilogy follows Rey, Finn, Poe Dameron and the surviving resistance into their final battle. After Disney Plus’s new popular show, “The Mandalorian,” which is now streaming, “Star Wars” audience has grown even more. But because of many new streaming devices, like Disney Plus, it makes us question, will people even go to movie theatres anymore? However, Entertainment Committees special events Vice President, Sidney Klein, “for ‘Star Wars’ I would totally go to the theatre. Every year since the saga began my family and I would go to the theatre, over winter break, to see the new ‘Star Wars’ film. And I think theaters will see a spike in attendance because of the new movie.” So get your lightsabers and awaken the force for one (potentially) last time and head to theaters for this film.

Not sold yet on this December movie line up, then check out our January blockbuster list online at rhodycigar.com.