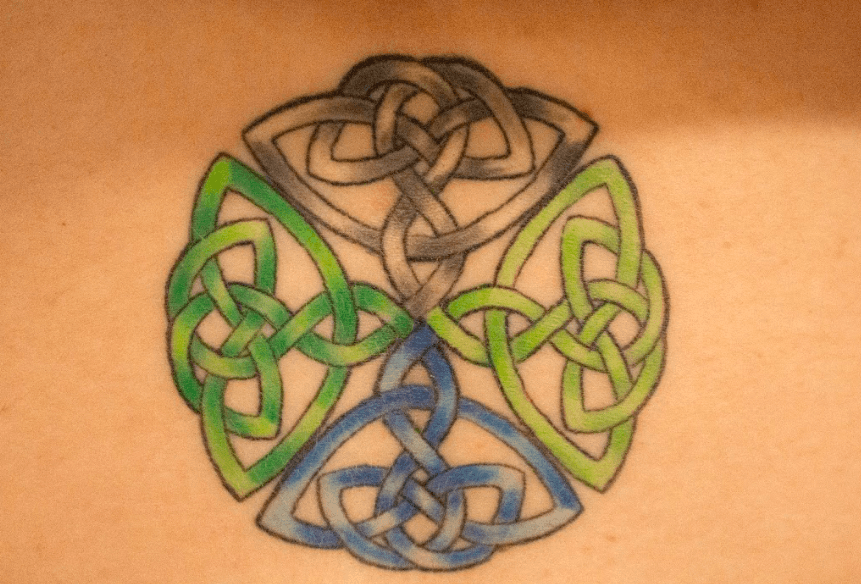 Two students’ tattoos paints pictures of remembrance and importance, expressing the foundation of what having a tattoo means to them.

Maeve Rothschild-Shea, a sophomore at the University of Rhode Island, loves the importance behind her tattoos. Both of her tattoos represent balance within her life as well as her focus on knowledge, power and protection that applies to how she chooses to live her life. One of them is of Celtic knots.

Rothschild-Shea was surrounded by people who had a profound love for tattoos so it encouraged her to get one or two for herself.

“I have no problem expressing myself on my body,” Rothschild-Shea said. “I wanted something that I could remember for the rest of my life, a reminder.”

Both of Rothschild-Shea’s tattoos are on her back. One is on her upper back and the other is on her lower back, which are both meaningful locations for her.

“My family is more spiritual orientated so I wanted to put my tattoos where I release more energy,” she said.

Rothschild-Shea was accompanied by her mother and friends when getting her first tattoo and for the second tattoo her father was able to be there for her. She said that the level of pain she experienced while getting her tattoo wasn’t bad until she got her second tattoo.

“I don’t think any other tattoo is going to be as painful as that one,” she explained.

Rothschild-Shea expresses what life is like having a tattoo and what it means to her with plans on future tattoos that represents who she is.

“It’s a way of expressing myself, something for me to do on my body,” she said.

Even people she knew that were not fond of her having a tattoo would have something to say.

“I have a friend who hates tattoos and she said it’s going to get all wrinkly when you get older,” Rothschild-Shea said. “It’s about the idea being there. They don’t have to like it.”

Sophomore Maria Cherry never had plans on getting a tattoo, but had a big interest in outer space and the universe. After coming across her tattoo artist’s pet chameleon on social media, Cherry was inspired to incorporate this into a tattoo. Combining these two interests she spontaneously decided to get a tattoo of a chameleon on a rocket ship.

“I told her [the tattoo artist] to throw it on there as a joke,” Cherry said. “It looked pretty cool.”

While the meaning behind Cherry’s tattoo is significant, the timing of when she got her tattoo was just as significant. With the loss of her loved ones and the end of a relationship with her boyfriend, the tattoo was a way of living with a different perspective on life.

“I wanted to do something crazy so I got a tattoo and it was a way to start living the way I want to live,” she said.

Cherry’s family was heavily against her having a tattoo. They felt that tattoos aren’t part of what her family is about. She has received negative feedback from other people about her tattoo, but Cherry feels she did something for her own benefit of expressing herself.