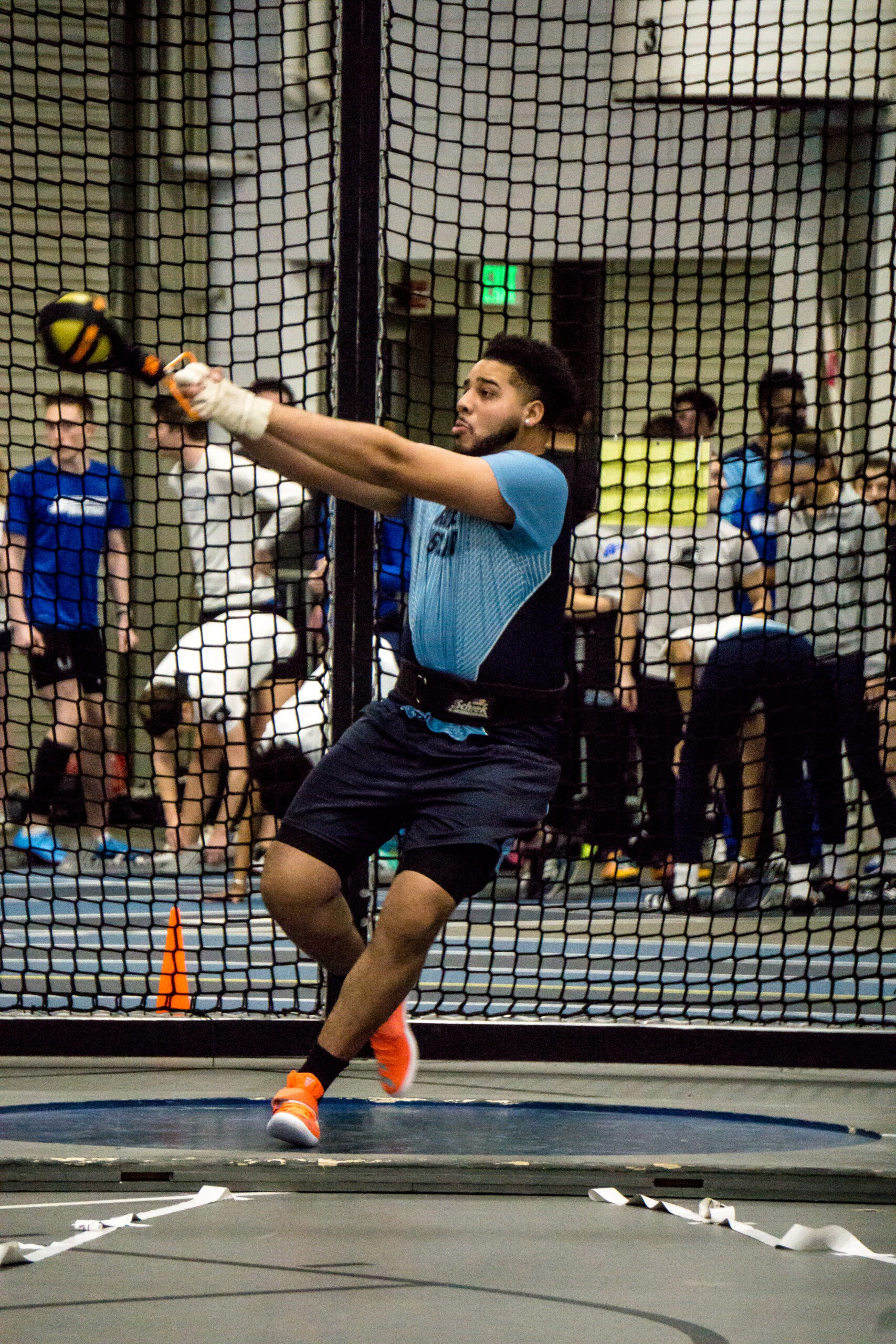 Track and Field: The Men’s and Women’s Track and Field Team both put on strong performances in the URI Coaches Invitational. Photos by Autumn Walters.

It was a busy day at Mackal Field House on Saturday, Feb. 8 as both the Men’s and Women’s Track and Field teams competed in and hosted the URI Coaches Invitational.

A total of nine schools were invited to participate across both the men’s and women’s divisions. Saturday was also senior day for the Rams, with a total of 22 seniors between both teams being honored.

The Rams saw success throughout the day from both divisions. The women’s team had a strong outing as they had five first place individual finishers and six first place finishes in total.

Four of those five individual winners came in track events. Senior Kristina MacLure took home first place in the 60 meters final with a time of 7.66, just two-tenths of a second better than Sydney Scott of Brown University who finished second.

Deloof’s strong afternoon continued as she was able to grab a first place finish in the 400 meters final. The 400 meters was yet another race in which Rhody was able to claim at least the top two places. Freshman Sanaiya Watts finished second behind DeLoof with a time of 58.77 seconds.

The success on the track continued for Rhody when it came time for the 60 hurdle finals where the Rams yet again claimed the top two finishes in the event. Sophomore Trinity Smith placed first with a time of 8.76 seconds. Her fellow classmate, sophomore Ciara French wasn’t far behind in second place with a time of 8.83 seconds.

The lone individual winner in the field competitions for Rhody was sophomore Noelya Delacruz. Delacruz placed first in the weight throw final with a distance of 17.16 meters. The winning didn’t stop there for the women as the Rams also took first place in the 4×400 team relay. Rhody sent out the team of MacDonnell, Smith, MacLure and senior Gabrielle Curtis that finished with a time of three minutes, 56.01 seconds.

Rhody’s success didn’t just lie just with the women’s team on Saturday as the men also turned in a strong performance as well when they earned five first place finishes. Sophomore Jack Reichenbach was one of those to place first in his respective event. Reichenbach earned a 2.07 meter mark in the high jump to claim first place while also finishing in fourth place in the long jump.

Both the men’s and women’s track and field teams will return to action this Saturday, Feb. 15 when they travel to Boston to compete in the Boston University David Hemery Valentine Invite.