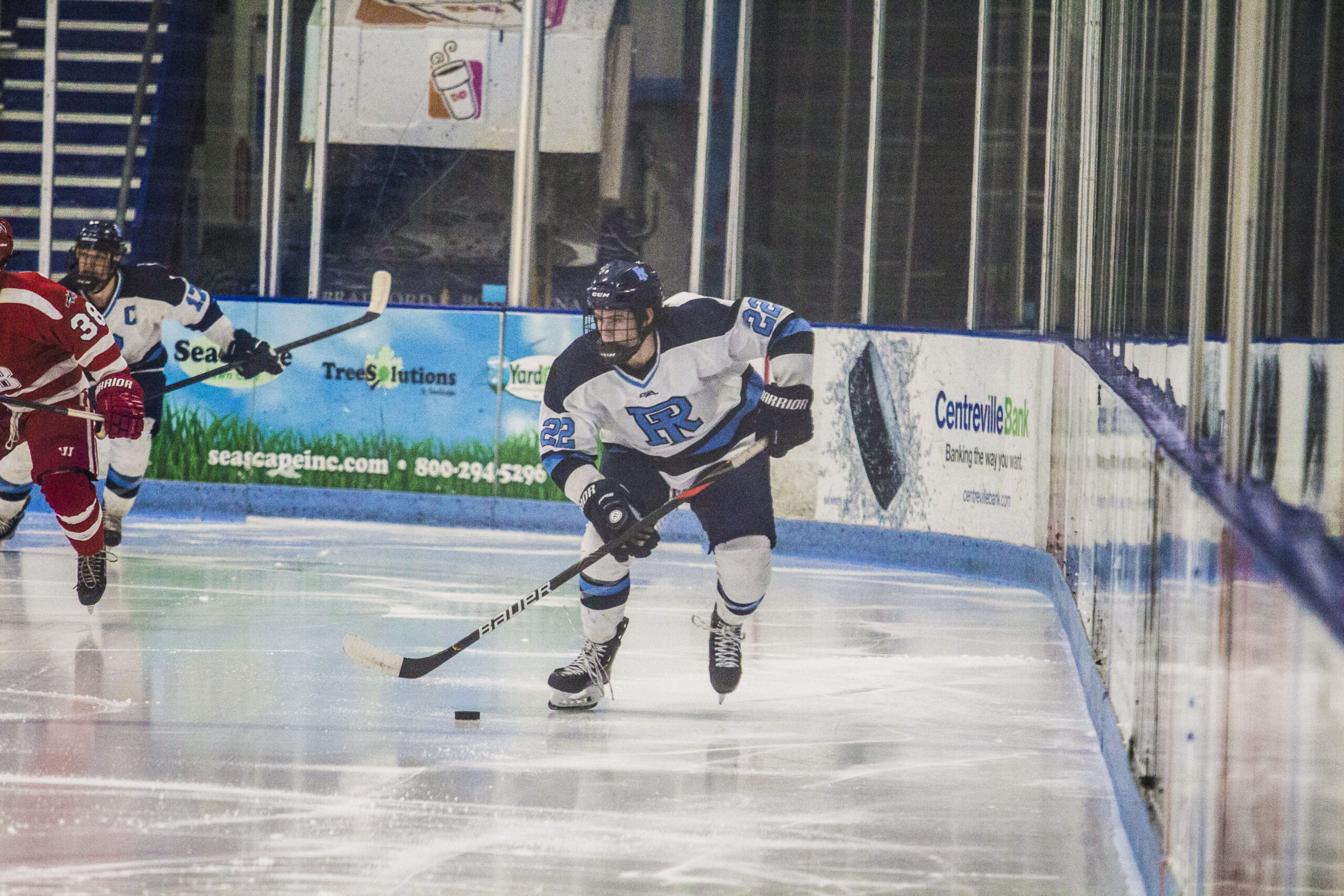 On the west coast, the University of Rhode Island gymnastics made their mark at UCLA over the weekend, competing against teams such as: Arizona State, San Diego State and more.

Level eight gymnast, Jamie Parillo, wowed the judges who gave her a 9.1 on bars and 9.575 on her floor routine. She managed to place first on bars and sixth on floor. Also placing high for Rhode Island was Saide Rondeau, who placed third on her bar routine.

Sydeny Olson, level nine gymnast, had a stellar performance ranking first on beam, second on bars, fourth on vault, and sixth on bars. These outstanding numbers put her in second all-around.

Overall, the level eight team dominated and put up a massive total of 109.425 points, putting them on the top of the podium in first overall. As for level nine, they tacked on 109.95 points and placed first also.

Back home at the Boss Ice Arena, the URI men’s club hockey team hosted Stony Brook University this past weekend. The Rams were swept on their home ice, losing by a score of 6-3 on Friday, and 9-4 on Saturday, putting them fifth in the Eastern States Collegiate Hockey League.

The Seawolves were able to hold the Rams at 18 season wins, but they couldn’t stop them from getting the puck in the cage. Heading into the third period Friday night, the Rams crept close behind their opponent, only needing one goal to tie. Senior Jonathan Alsfeld scored two goals in the second period in an attempt to catch up to Stony Brook’s offense. Also contributing to the three put up by Rhody was junior Dustin Rinaldo who slapped one in on a power play.

Saturday was a struggle for URI’s defense, as Stony Brook averaged three goals each period. Jake Salisbury managed to put up one unassisted in the first period but that could not compete with the three Stony Brook piled up. Moving into the last 20 minutes of game-play, Rhody trailed behind 5-2. Second ranked Stony Brook had hot sticks, adding four goals to their lead. Trying to catch up, Salisbury had one goal and one assist; as well as a goal from Patrick Creamer. This was not enough to get ahead, the end result: Stony Brook defeating URI 9-4.

Joe Augustine and the URI hockey team will travel to Exton, Pennsylvania next to compete in the ESCHL playoffs March 6-8.