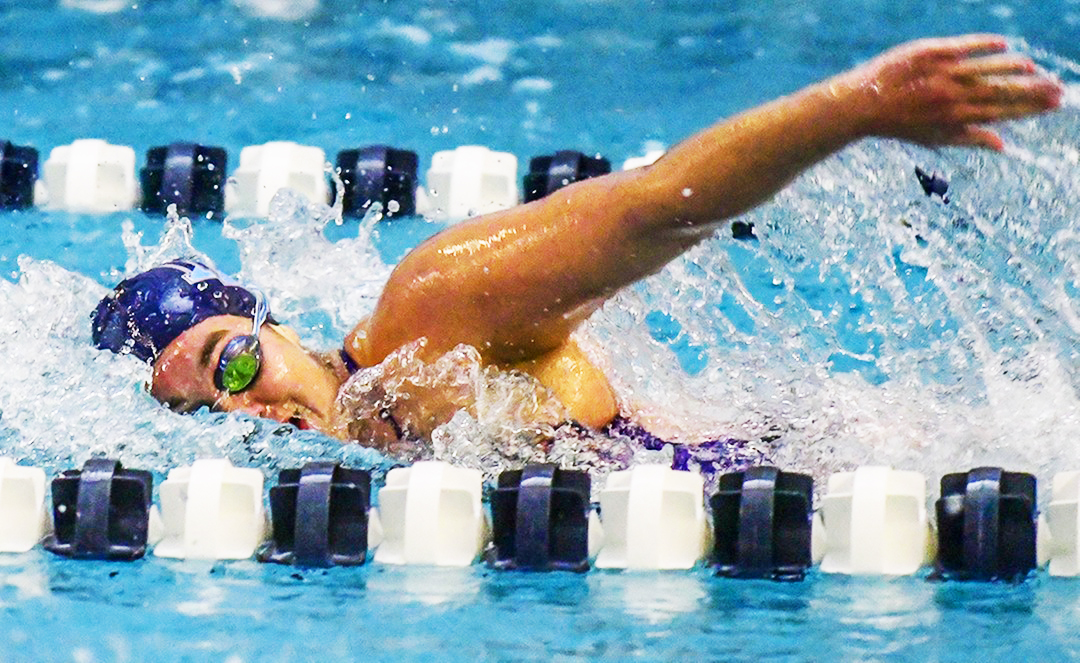 The University of Rhode Island Swimming and Diving team competed in Geneva, Ohio this past weekend at the Atlantic 10 championships.

The team placed 11th out of 11th at the A-10 championship that took place Feb. 19-Feb. 22. The teams that attended were: Geroge Washington, Duquesne, Umass Amherst, Richmond, St. Bonaventure, Fordham, George Mason, Saint Louis, and La Salle. The Colonials of George Washington were able to take the Championship, scoring a total of 608 points throughout the event.

Despite the Rams place Coach Westkott had nothing but positives to say about his team.  “In spite of some really tough competition up there they did not lose that spirit at all,” said Westkott. “It was really good to see lots of smiles.”This was the Rams first time racing everyone in the conference except for Umass, who they raced earlier in the season.

The Atlantic 10 conference is a developing conference with strong competition for swimming and diving. But the Ram’s did not let that pressure get to them “They never back down from the level of competition,” said Westkott.

On Thursday the Rams ended with a score of 41 keeping them in last place. The 200-yard freestyle, made up of Kreuscher, Dunn, sophomore Grace Kennedy, and Guccione came in 10th place with a time of 1:36.83. They were the only team to score points for the Rams on day two.

URI had the highest success on day three, scoring a total of 21 points bringing their overall score to 62. Both junior Rebecca Younts and senior Caitlin Guccione tied for the best individual finish placing 13th. Guccione raced the 100-yard butterfly and put up a time of 55.96 seconds. She was just .01 seconds shy of 12th place. Younts posted a time of 1:04.13 in the 100-yard breaststroke. The two contributed eight points total to the team score. The other 13 points were contributed by Renna, Younts, Guccione, and Dunn who made up the 400-yard medley relay and senior Alyssa Campone. The relay team placed 11th scoring 12 points and Yonts placed 16th in the three-meter dive giving the Rams one point.

The Rams finished off the last day 529 points behind first place with a total of 79 points making them 11th out of 11th. The 400-freestyle relay team made up of sophomore Zoe Sheridan, Kreuscher, Kennedy, and Dunn placed 10th place earning 14 points for the Rams. Guccione placed 14th with a time of 2:05.35 in the 200-yard butterfly adding three more points to the team score.

Guccione scored the most individual team points for the Rams and the strongest individual performance. The relay teams also showed a strong performance for Rhode Island.

“This has been a really good year,” said Westkott. “This has been a great group of gals. The chemistry  that they’ve established, the culture is very very supportive and very committed to be good.”