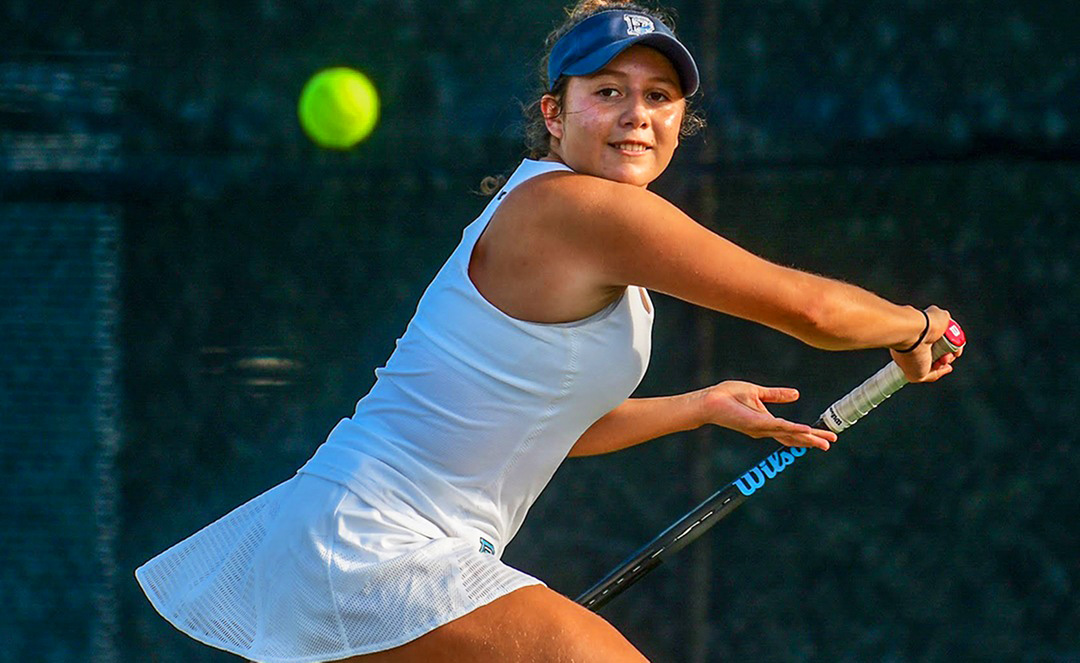 The Rhode Island Women’s Tennis team had a double-header at the Newport Tennis Hall of Fame this weekend, taking down both Hofstra and Sacred Heart by scores of 5-2 and 7-0.

Saturday, the Rams faced off against Hofstra. It was closely contested, but the Rams were able come away with a victory, winning 5-2 in total.

The Pride were able to take the round of doubles, winning two matches to one. However, the singles did more than make up for the matches lost in doubles. Erin Chratian, Nadia Rajan, Sydney Chratian, Paulina Loredo and Halah Davis all defeated their opponents, resulting in five points for the Rams and a victory by the final score of 5-2.

The Rams traveled back to Newport on Sunday to face off against Sacred Heart. This was an even better performance from Rhode Island as they shut out the Big Red Pioneers 7-0 and pushed their record over .500 to 3-2.

The doubles improved upon Saturday’s outing, winning all three of their matches and clinching the doubles point. They then carried that momentum into the singles, where they swept Sacred Heart, completing the shutout. Dominant displays were shown by Erin Chratian and Nadia Rajan, neither of them surrendering more than two games in a set. Sydney Chratian battled back from a one set deficit with Kiera Tobia in the number four slot and eventually emerged victorious with the final score being 5-7, 6-3 and 1-0 in the super tiebreak.

The biggest improvements that have been made thus far, according to Head Coach Val Villucci, are in the doubles department.

“Our doubles are like night and day,” said Villucci. “The girls actually enjoy playing doubles now and we are starting to win that crucial doubles point that, early in the season, we could not get.”

Villucci is very satisfied with these victories, but is trying to keep the foot on the gas and continue the progression. Villucci said,”We are just trying to improve every game,” said Villuci. “The hope is that all the losses as well as the wins will add to our confidence so that we can hopefully be in stride come Atlantic 10 tournament time.”

The Rams face a tough test next when they travel to New York to take on the Lions of Columbia, with the start time set at 4 p.m. on Friday.