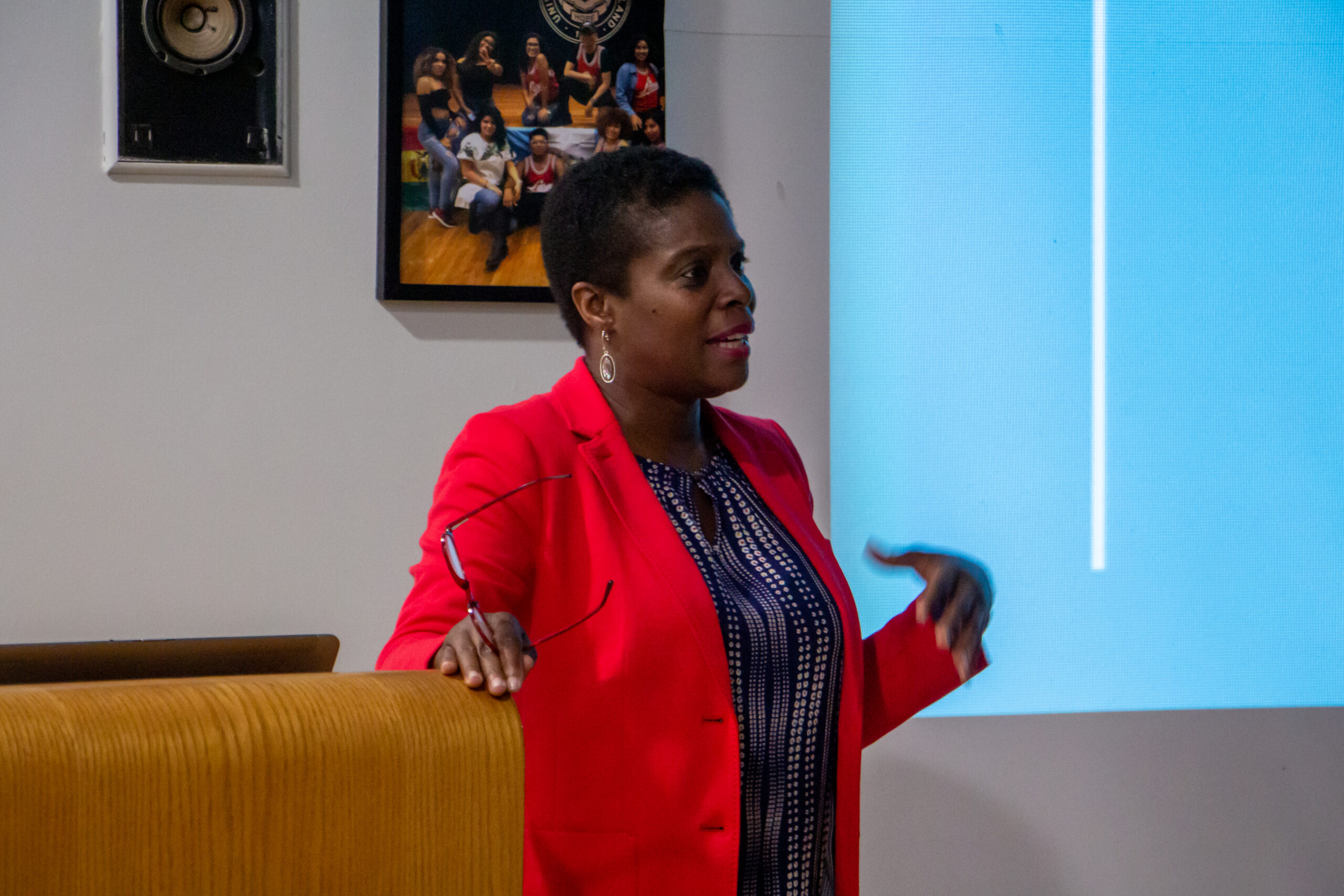 A future of America told through the struggle of slavery

On Monday, Feb. 24, Bailey gave a speech in the Hardge Forum of the Multicultural Student Services Center as the University of Rhode Island’s keynote speaker for Black History Month. Her talk, entitled “The Debate Over Reparations and a Vision for America,” reflected on slavery and its impacts 400 years after the first African slaves arrived in America. Bailey is a writer, historian and professor of history at State University of New York at Binghamton.

She began her talk with a story about Harriet Tubman and what led her to rescue slaves after becoming a free woman herself. Tubman had made this decision after the husband she left behind, a freedman himself, married another woman and moved on without her.

“I like this story because it’s about Harriet Tubman the woman,” Bailey said. “She’s not just a civil rights icon, she’s not just a hero, she’s a human being with feelings and dashed hopes just like you and me. For me, this story is a story of the struggle of slavery, but also a story of resilience. I think this is a resilient country and I think Harriet Tubman very much represents that.”

Slaves were often sold between six to ten times, consistently separated from their families, posting thousands of advertisements wherever they could after emancipation, looking for a reunion. With each new master came a new last name, a new identity.

Much of Bailey’s talk was centered around her most recent book, “The Weeping Time: Memory and the Largest Slave Auction in American History.” This auction of over 430 slaves took place from March 2 to 3, 1859 in Savannah, Georgia and was named the ‘Weeping Time’ by the enslaved people of the time.

“By naming their experience, they put themselves in history,” Bailey said. “It was a burdensome experience, but they named it and they staked a claim to the future so today we can memorialize them and give them agency, even in a time of perilousness, you can exact some agency out of that.”
At the site of the Weeping Time are railroad tracks, which Bailey used as a metaphor. The tracks represent places where lives intersect and go in different directions with different impacts and outcomes, where inequality is bred between people of color and white people.

“These issues are not yet behind us, they are not yet dealt with,” said University President David Dooley. “The issue of reparations is every bit as important now.”

As a part of Special Fields Orders No. 1, proclaimed in January 1865, the famous promise was made to give all family units, including freed people, 40 acres and a mule. No one ever received these so-called reparations when President Andrew Johnson took office and reversed and annulled the orders.

Now, over 150 years later, the political ideology of reparations for slavery is one that is still spoken about, regarding payment to descendants of slaves as a means of compensation.

Bailey ties in her argument for reparations with what she calls her expanded vision for America, one that looks beyond just the value of freedom to others such as bravery, service, honor, commitment, sacrifice, plenty, love and resilience. She sees the work of the Founding Fathers as unfinished work, left for us to keep working on for a better future.

“You can’t do anything about the past, but what are you doing now?” Bailey asked. “There’s a whole lot to be done.”

URI faculty hope that the presentation helped students understand how the legacy of slavery still lives on to this day.

“I hope students will think deeply about how slavery impacted our entire nation,” Dr. Vanessa Wydner Quainoo, an associate professor of Africana and communications studies, said. “I hope students will feel more enlightened. This is the importance of education, it broadens our perspective.”