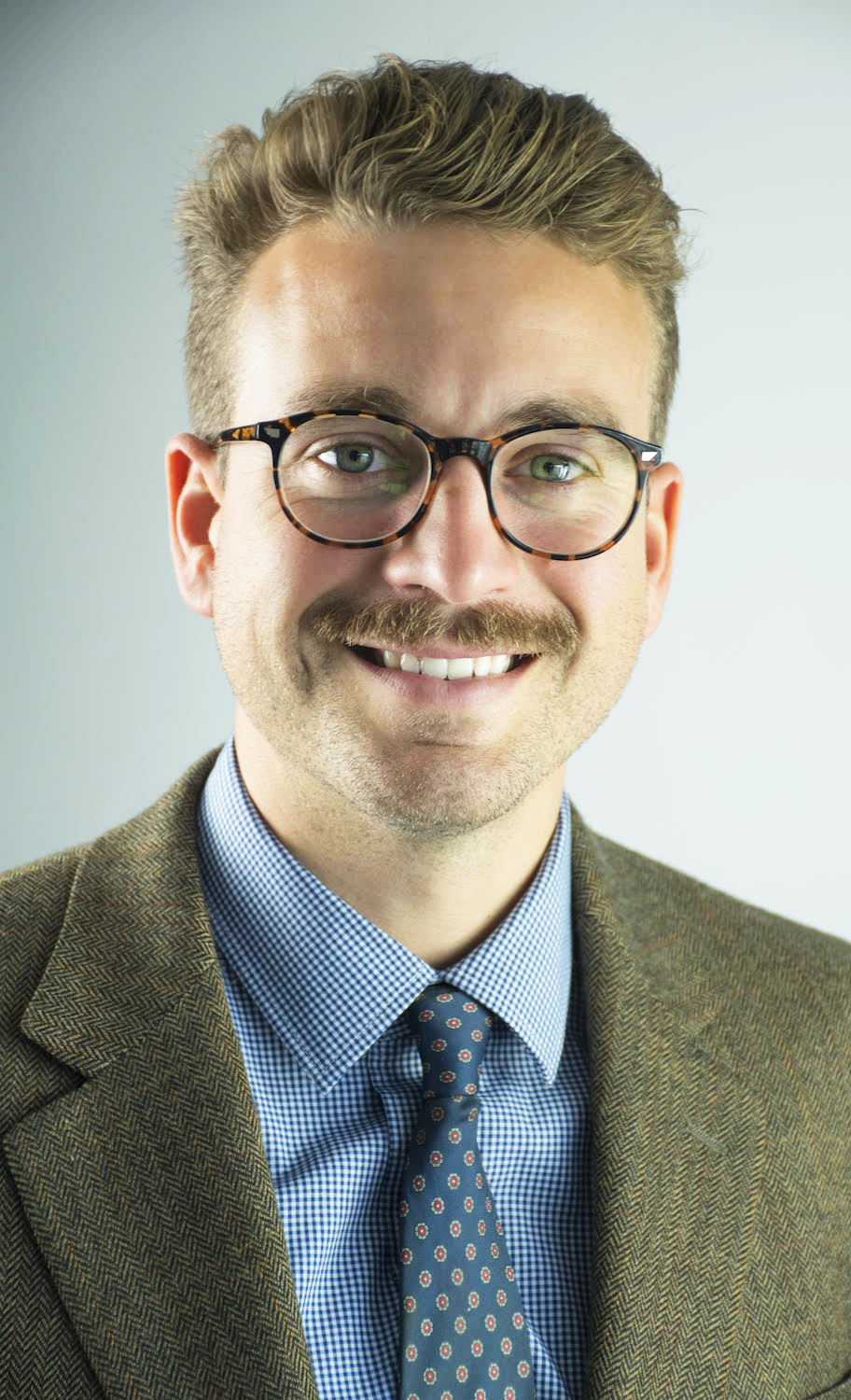 “I think that I’ve always loved the concept of storytelling and I think almost anything you do in life you can break down through a story. That’s why I love talking to people, that’s why I love listening to people; so to find ways to incorporate that into my job was what I wanted to do.”
Shaun Holt has been able to do just that with his work here at the University of Rhode Island. Since June 2018, he has served as the University’s social media coordinator and a month ago took on the role of marketing and advertising manager.

Holt is not a URI alumnus but is a native of  Cranston, Rhode Island. He received both his bachelor’s and master’s degrees at Clark University in Worcester, Massachusetts and worked at his alma mater in various roles, particularly in their admissions offices, before coming to URI.

While working at Clark, Holt spearheaded a lot of their digital efforts. One of these efforts was a video campaign he launched called “Clark Meets Worcester.” At the time of the campaign, people were very critical of Worcester and there was a lot of negativity towards the area. Holt, however, thought that it was a wonderful place and so did the people of Clark. With student interns, he interviewed small business owners around Worcester, talking to them about their relationship with the area and what role Clark played into that.

“I realized you could tell stories in many different ways, but now they can live in a digital environment and I think that’s fantastic,” Holt said. “I’ve really been trying to do that since and I think that I’ve brought that to URI as well.”

After realizing where his passions lied, he applied for the social media coordinator position at URI. According to Holt, he had stepped onto URI’s campus once or twice and didn’t know what to expect or if he’d end up back in his home state. However, after he had an amazing interview, Holt fell for URI’s campus environment completely.

“If any of us come to an idea for a social post, he’s very receptive to that,” David Lavallee, assistant director of media relations and Holt’s colleague, said. “He sees the value of the variety of things that we do. He’s just a great guy to work with. He’s a really great team player. I’ve enjoyed working with him since he started here.”

Holt fell for the energy he found in the people on campus, which was a big factor in taking the job. Holt calls this energy ‘Rhody pride,’ and it’s something that he’s come to exhibit himself; it’s why he loves his work and the University so much. He describes himself as a huge advocate for the community, which he gets to showcase and create through social media.

Since starting as the social media coordinator, URI’s Instagram following and activity have increased, but to Holt, it’s all about engagement. Holt’s ultimate goal is to reach people who are going to be engaging.

“The creative goal for URI’s social media is really about trying to find the balance between creating a vibe of what campus is like, showing campus, telling stories, showcasing students, also academics, also alumni, also athletics,” Holt said. “The goal is really just to try to balance everything that you can and tell the story of URI.”
It’s a story that he’s greatly enjoyed telling and he believes in finding and sharing the beauty of it. What’s really meaningful to him is seeing how social media can impact the students and alumni in ways that may be unexpected.

A common practice for him is to find a picture that someone else took, reach out to them to let them know how beautiful their photo is, ask if they can use it and tag them on URI’s Instagram. Holt believes that by doing this, he is fostering a community of sharing and appreciating the work of fellow community members.

“Whether it makes alumni feel good or a current student feel welcome or accepted, I think that’s definitely the most rewarding piece of this,” Holt said. “I think that’s the beauty of doing it somewhere that’s a higher education institution.”

Currently, Holt is balancing both his new position and soon-to-be-former one at the same time before his replacement takes over. He knows that even without social media in his new position, he will be able to use his belief in storytelling to show people URI, which is what he truly wants to be a part of.