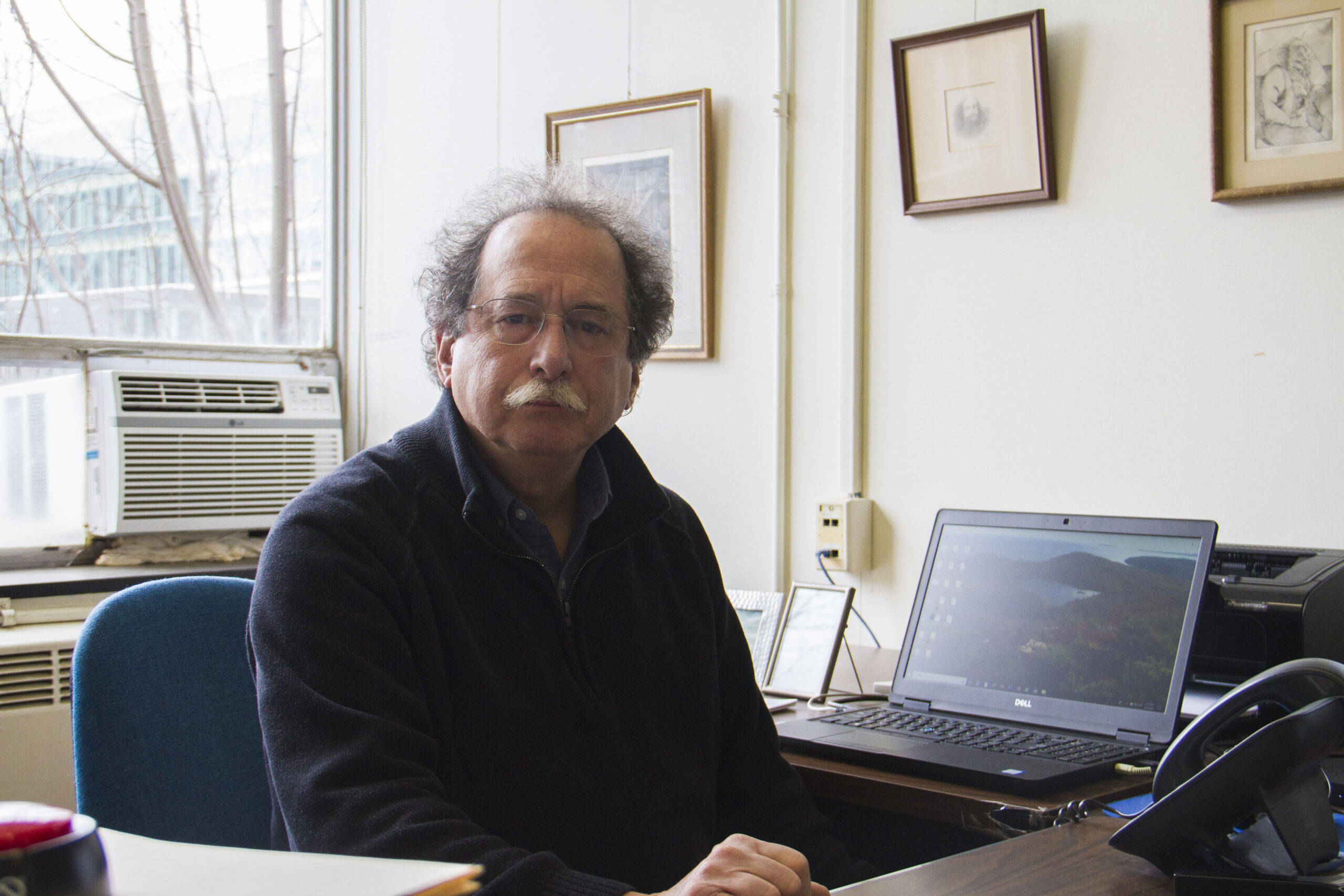 With concerns raised more recently over the decline of the bee population worldwide, much attention has been placed towards scientists that study the commonly-known pollinator.

Dr. Howard Ginsberg, a professor in residence at the University of Rhode Island, has spent his over 30-year-long career studying bee foraging ecology.

“There has been a lot of concern about declining pollinators on a worldwide basis,” said Ginsberg. “There are 40,000 species of wild bees worldwide and nobody knows what has happened to the populations of most of them so, how can you get a handle on that? That has been a lot of the work that I have been involved with.”

Ginsberg received a doctorate in degree in entomology from Cornell University in the late 1970s, with an expressed interest in the study of insect ecology preceding this.

“My thesis work is on bee foraging ecology, straight biology,” said Ginsberg. “That was in the 1970s and, in those days, most of the bees I worked with [were] solitary wild bees that nobody recognized. Most people that I talked to in academia asked ‘what, why would you do that?’”

Ginsberg has been involved with organizations related to the issue of declining pollinators long before the issue was prevalent today.

“There has been a lot of concern about declining pollinators on a worldwide basis and I’ve been involved in that,” Ginsberg said. “Back in the 1990s, I was involved in something called the North American Pollinator Protection Campaign working on issues [such as] are pollinators really declining and how can one tell if that is true or not.”

This campaign pertained to the study of the extent of bee population decline, the causes of this and what can be done to manage it.

“In recent years, there has been a very interesting (and) disturbing general trends about changes in pollinators (and) invertebrate populations and we are trying to do the scientific research that would really nail that down.”  said Ginsberg “Is it happening with bees and if so what are the causes.”

Ginsberg works as a research ecologist for the Patuxent Wildlife Research Center, a sector of the United States Geological Survey, as his research station location within the University.

“When I moved to URI, I came here to work with the national park service research station here and that research station later was transferred to the U.S. Geological Survey, so 1990 was my start as a federal scientist,” said Ginsberg. “My work has not changed substantially; I still do the same kind of work, I’m just no longer confined to the national parks but I still work a lot with [them].”

As a federal employee, Ginsberg is not allowed to teach his own course, but he does help teach courses with professors at URI in his field including ENT 388: Biology of Bees and Pollination Ecology.

“I’ve worked with Dr. [Roger] Lebrun on a course about emerging infectious diseases [in] the honors program,” said Ginsberg. “I do occasionally give guest lectures on vector-borne diseases and things that relate to my research.”

Ginsberg collaborates with several URI professors on his research and publications, including Dr. Janelle Couret who started teaching biology and entomology at URI in 2016. Couret and Ginsberg found a connection through their study of vector-borne diseases when they were introduced, before her start at the University.

Since their introduction, Couret and Ginsberg have worked on several projects relating to insect ecology.

“We are collaborating on two different projects right now: one for mosquitos and one for black-legged ticks,” said Couret. “We are refining a novel form of biological control for the juvenile stages of mosquitos that transmit human pathogens. We are also working on a project to better understand the impact of Lyme disease pathogens on ticks and their behavior which aims to improve our understanding of the natural transmission cycle of Lyme disease.”

Dr. Ginsberg has devoted nearly the last 30 years of his life to being a research ecologist at URI and his research will continue with these latest projects as publications in the near future.

How to attain genuine happiness