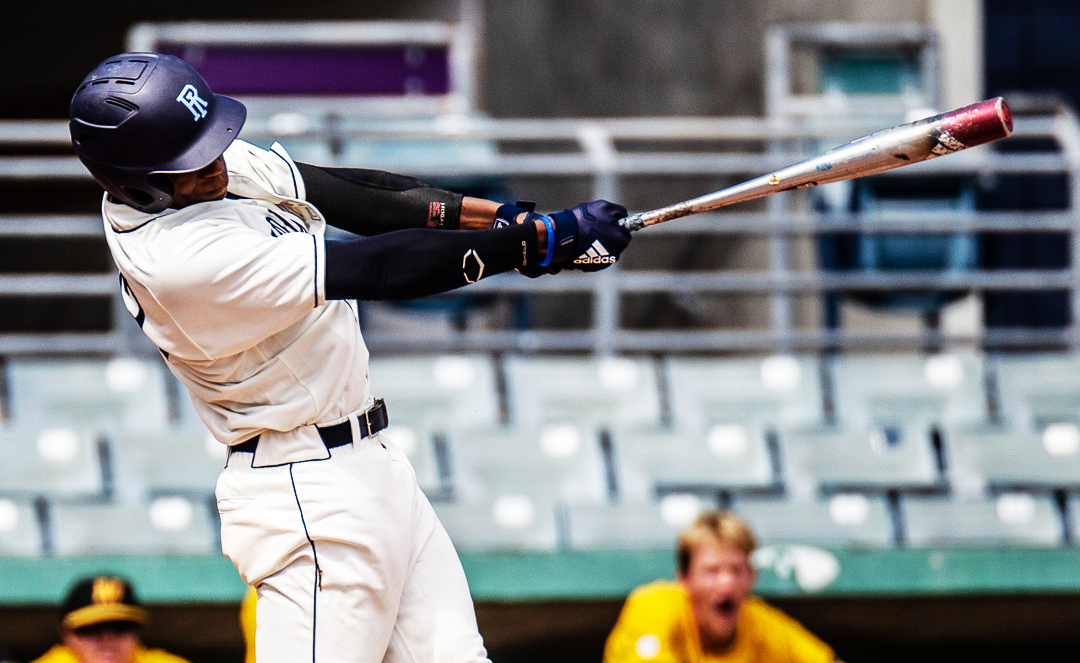 It was a successful weekend in the Grand Canyon State for the Rams as they won three out of four games, taking two from No. 27 Central Michigan and one out of two against No. 25 Arizona.

“Overall it was a pretty successful weekend,” Cerrato said. “We came in and beat two top thirty teams in the country.”

Rhode Island had a season-high 13 hits to go along with nine runs as they romped Central Michigan 9-2.

The Chippewas bolted to a 1-0 lead in the top of the first inning behind a throwing error by Rams’ second baseman Josh Brodeur that scored senior infielder Zach Heeke for CMU. Rhode Island responded rather quickly when the red-hot junior Jackson Coutts singled home Brodeur, knotting the game at one.

Rhody tacked on in the second inning when Brodeur singled home freshman infielders Alex Rameriez and Tino Salgado. After Brodeur stole second base, redshirt-sophomore Joe Fortin would single home the speedy Brodeur. Four batters later, Austin White got in on the party when the sweet-swinging lefty doubled to right center, bringing home sophomore Mark Coley, junior Xavier Vargas and Fortin. Coley also added his first home run of the season in the fourth putting the Rams up 8-1.

Each team added another run each with the final score being 9-2.

Freshman Zach Fernadez got the start for the University of Rhode Island being the opener. He went three innings allowing just two hits and one run. Senior Nick Robinson relieved Fernandez to start the fourth and threw six innings of one-run ball and grabbed his first win of the year.

“Our plan was to have Zach go three or four and then Nick Robinson go as long as he could,” Cerrato said.

CMU waited until the bottom of the ninth to get their scoring started when they pushed two runs across off of normally steady senior closer Tyler Brosius. Rhode Island ultimately prevailed 3-2.

Game two on Saturday was not as kind to the Rams. Redshirt-sophomore Justin Cherry had what was a lackluster performance on the hill. Cherry went just an inning and a third while allowing nine runs, eight of which were earned, six hits and four walks. However, a bright spot for the team came as they scored ten runs, the most No. 25 Arizona had allowed all year.

“Justin just didn’t have it that day,” Cerrato added. “The zone was tight for both teams all game and he got kind of squeezed. It also didn’t help that he didn’t have his best stuff.”

Salgado and Rameriez would each have rbi’s and White added a double which was the Rams only extra-base hit of the day despite scoring ten runs in the 19-10 loss.

Despite leading for most of game two, the Wildcats took a 10-9 lead in the bottom of the eighth, leaving the Rams down to their last three outs.

“Tino and Alex have been so big for us,” Cerrato stated. “Tino’s so good defensively, so is Alex. They don’t play like freshmen, they’re not scared at all. It’s awesome.”

Coutts doubled with one out and then was pinch ran for by redshirt-junior Max Mircovich. Vargas would walk on four straight offerings and Coley loaded the bases when he was plunked by Arizona pitcher Wesley Scott. White drew the rbi walk which tied the game at ten. Everyone moved up 90 feet and Vargas scored on a Wildcat wild pitch giving URI an 11-10 lead. The game was blown open when Alex Rameriez singled home White giving URI a 13-10 lead.

Despite a comeback attempt off Brosius in the bottom of the ninth, URI headed back to Kingston with three wins over ranked teams in as many days with the 15-10 win.

Rhody will travel to Dover, Delaware, where they’ll take on the Delaware State Hornets over the weekend. There is no livestream but the box score can be seen on GoRhody.com.