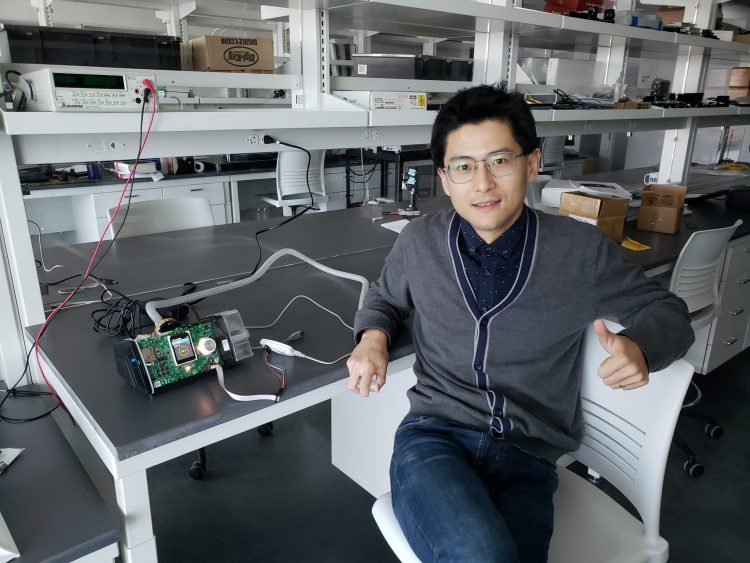 In March of 2020, Dr. Tao Wei, associate professor of electrical, computer and biomedical engineering, was asked by Dr. Peter Snyder, vice president of research at URI, to be the lead engineer on the project of refurbishing the devices into ventilators to be donated to hospitals and combat the shortage of ventilators.

Wei explained that the CPAP and BiPAP devices are commonly used to treat sleep apnea and respiratory issues. After discovering that they had similar systems to ventilators needed for COVID-19 patients and that there were many going unused, over 600 devices were donated for Wei and his team to refurbish.

“We spent more than 14 weeks on this project to refurbish over 600 donated second hand machines and we had over 100 student volunteers working on this project including students, faculty members and people who were living close to the campus at the time,” Wei said.

Wei and his colleagues set up a workshop in the Memorial Union ballroom where volunteers were able to work on the devices and, by the end of the 14 weeks, they had successfully refurbished all of the machines.

“We were able to meet the need of ventilators and, on top of that, we were able to ship some of these refurbished machines to other states and other countries,” Wei said.

Noah Burke, a senior undergraduate researcher majoring in chemical engineering, volunteered approximately three days a week for a few hours each day, for two weeks. Burke said that he would have loved to work on more, but was unable to with the number of machines and volunteers on the project.

“Revamping the CPAP [and] BiPap machines for use as ventilators was run in an assembly line with four main positions: cleaning the used machines, using a manometer to test the machines pressure output to ensure it was still working properly, removing and replacing any old filters and inventory/shipping,” Burke said. “On different days I was doing different things, but was able to be a part of all four positions in the assembly line.”

Burke said that although he knew very few people working on the project, he was able to tell that everyone was doing whatever they could to fight for a common goal.

“The personal approach I had to the problem was that for every ventilator converted, a life could possibly be saved, so I imagined those around me had this same insight,” Burke said. “It is likely lives were saved around URI, making it one of the most important things I have had the honor to be a part of.”

Wei said that his team was excited to contribute their efforts for the benefit of others and was happy they were able to form a group of volunteers within a week of him being informed of the project.

“I’m very impressed with the number of students who jumped onto the project,” Wei said. “We had so many volunteers who wanted to come over to the campus and I was very grateful. Working with the volunteers as well was great and great work was done by everyone who contributed to helping society.”