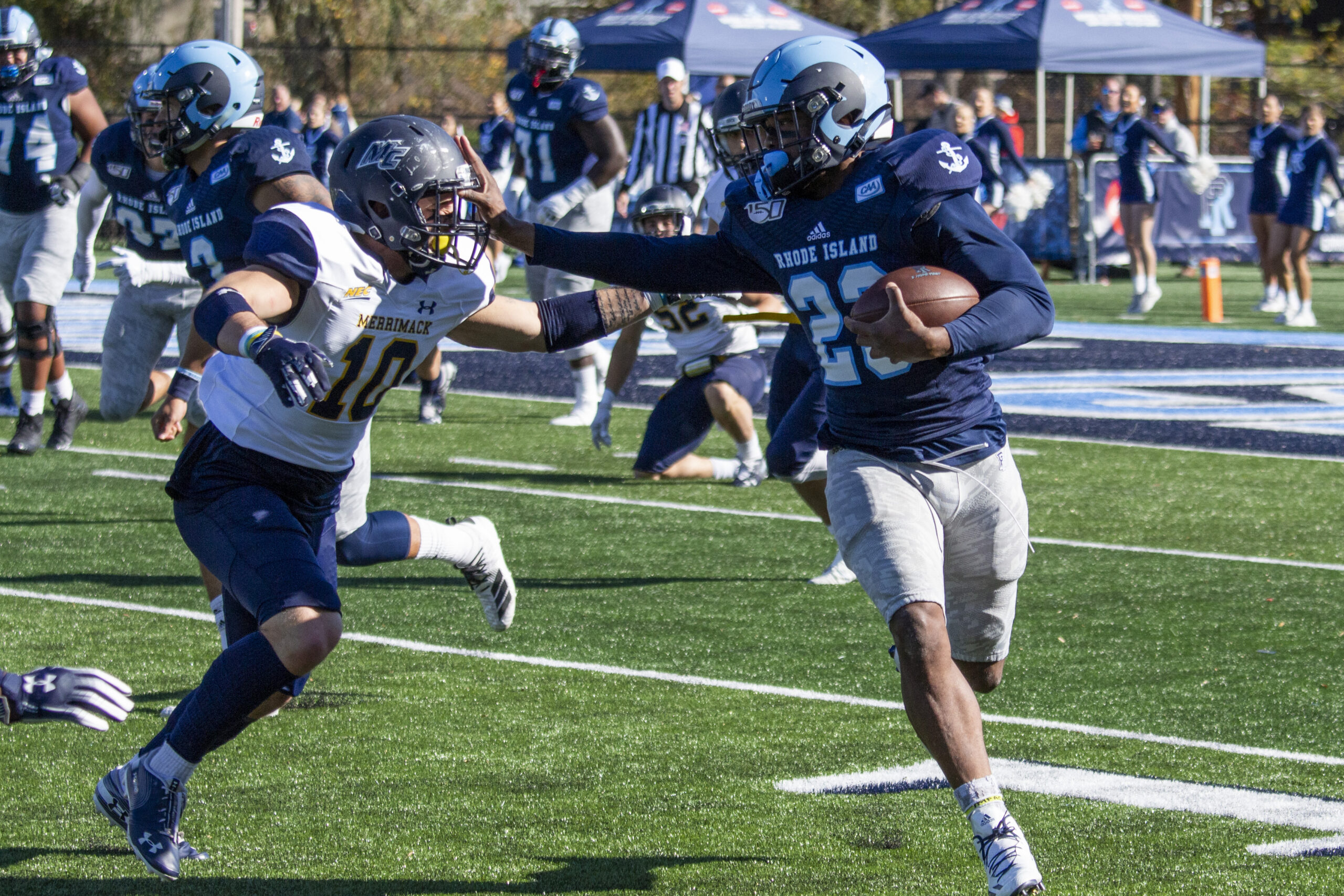 Football games will be missed this season. Photo by James McIntosh.

Saturday was supposed to be Rhody football’s home opener vs. New Hampshire. The first few games of the new season always bring high attendance numbers through the gorgeous September weather and new students wanting to cheer on their de facto favorite team. It was going to be the second season with new turf, and just the second year where the stadium was illuminated at night since 1972.

Last year’s home opener had so many fans that the university got fined for having too many people past the stadium capacity. It was the first night game in almost 50 years, and those in attendance were witnesses to one of the craziest games Meade Stadium has ever seen.

The Rams lost in heartbreaking fashion, a triple-overtime defeat to the Delaware Blue Hens. A 44-36 scoreline is still bonkers to this day, but the thing I will remember most about that game is the fact that everybody left feeling the same way: excited for the future, somber in the moment, and thankful to be in the stadium that night.

A year later, no one (rightly) wants to go cram into a football stadium shoulder-to-shoulder with more than 7,000 people. It isn’t safe to do so, and as we all try to patiently wait for the moment that we can, we’re starting to miss the actual event less and less.

Instead, we yearn for the experience of a game day. Seeing all the cars line up the parking lot, the bleachers filled from bottom to top and the waves of people wearing Keaney blue mixes all together to create an atmosphere only seen at sporting events. The tailgate for Alumni Weekend last October was the best pregame atmosphere in recent memory, as students past and present came together to create a sense of community. A moment of togetherness. A feeling of unity.

Walking past the stadium last week, it looked like an open theater patiently waiting to get scuffed and scraped from usage. The turf pellets were aimlessly wanting to get transported from the field of play and could be heard screaming trying to get into the athletes’ and coaches’ shoes. Nothing was going on, the stadium itself practically quarantining from the outside world.

Sports should not come back if it is not safe to do so, and the earliest it looks like a Keaney blue jersey in any sport is returning to competition is potentially around Thanksgiving or December. Until then, the togetherness displayed a year ago in Meade Stadium grows more older by the day, and more sought after by the hour.

The first home game last September left a bitter taste in our mouths for what happened on the field. A year later, it was what was going on around it that proved to be the savory main course.