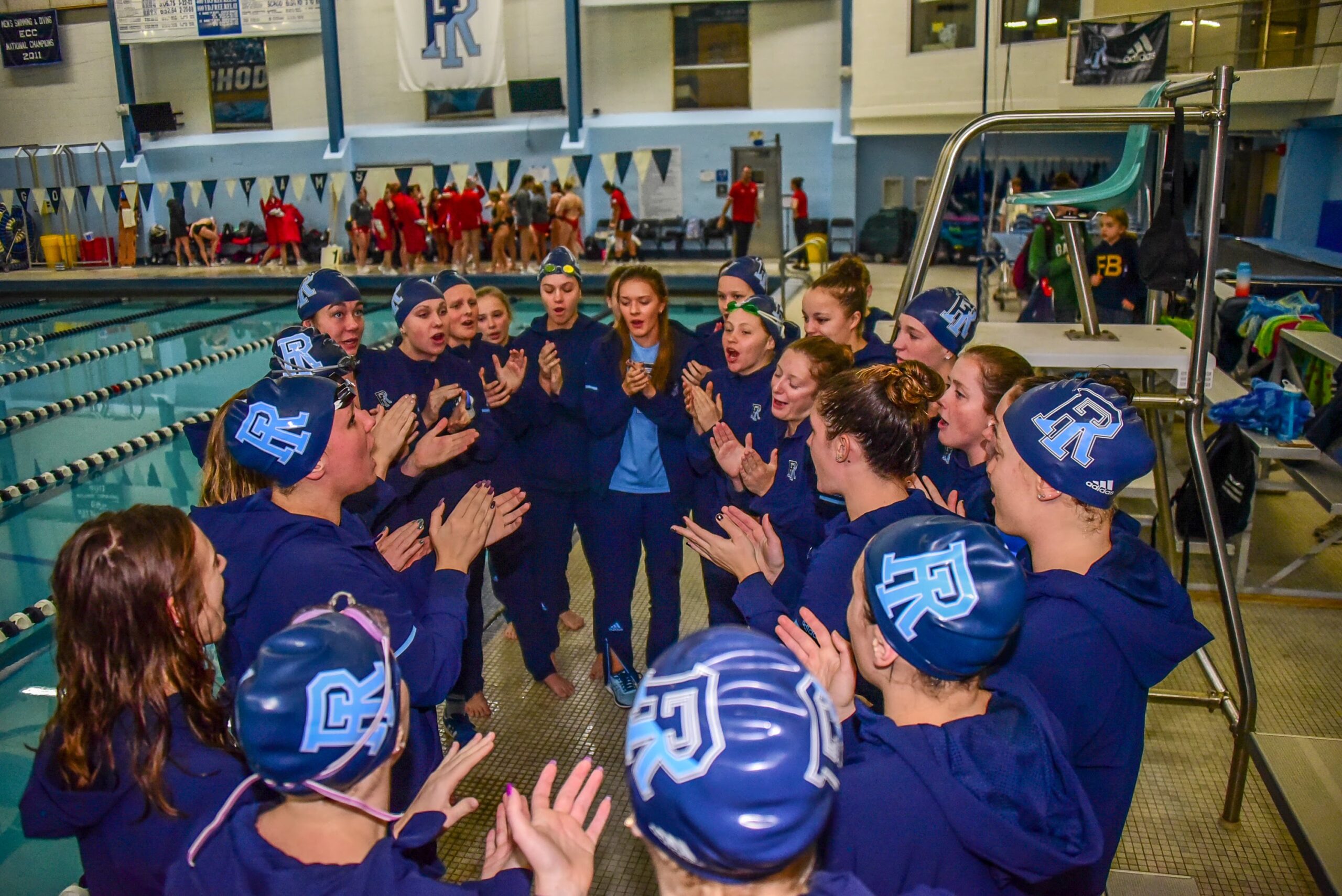 The swimming and diving team has begun preparing for the upcoming season. Photos courtesy of URI athletics.

The University of Rhode Island’s women’s swimming and diving team has officially begun preparing to make waves for the upcoming season.

The team was unable to start practice until Sept. 23 per the athletic department’s decision. However, Head Coach Mick Westkott said this period of inactivity has not detrimented the team in any way.

Team practices are held at the Tootell Aquatic Center, which was shut down completely in March once news of COVID-19 rippled its way into Kingston. It has since reopened provided it adheres to the schools safety standards in response to the pandemic.

Narragansett native Michaela Degnan is anxiously waiting to wear the Keaney Blue colors. She started her collegiate swimming career at the University of Arkansas, then transferred to the University of New Hampshire her sophomore year in order to be closer to family. Finally, in her junior year, she committed to swimming under the reign of Westkott with two years of eligibility remaining.

Degnan has known Westkott since high school when her club team practiced at Tootell. She even attended some of the URI women’s swimming and diving meets, with aspirations of one day swimming for a team who exhibited such a family dynamic.

“I grew up swimming at that pool and I’ve seen generations of URI girls practicing here,” the eight-time All-State champion said. “It amazed me the close knit dynamic the team has with the coaching staff.”

Degnan’s first lap in Tootell as a Ram was nothing like she had anticipated. Previously, she would have never fathomed the idea of staying six feet apart from her teammates in the pool, but now this is the new normal.

A mask must be worn before getting into the water and once they get out. Westkott and the other coaching staff must also wear masks throughout the duration of the teams’ practices. Degnant said her and her teammates sometimes find it challenging to understand what is being delegated to them through the masks being worn by the coaches.

In terms of practice, the girls are broken into different functional groups, something Westkott refers to as a “station approach.” One group will work on functional pool work, while the other two groups are in the competition pool doing training and technique. The groups then rotate so each station will be completed by everyone.

One of the biggest challenges that Westkott and the team face is being able to practice together. Mia Bonvissuto, a freshman from Garden City, New Jersey is new to the Rams. Before COVID hit in March, she was captain of her swim team and had qualified for the state meet six years straight.

Bonvissuto came into the program ready to build strong connections with her new teammates in a facility she would call home for the next four years. Due to the COVID restrictions set in place, she has had difficulty diving into building these friendships.

“The team is very separated throughout the pool, therefore we do not get to support and help each other throughout the practice as much as we should be able to,” Bonvissuto said. “The whole team can’t be together all at once, so we have been splitting into small groups or having Zoom activities to bond.”

Westkott said the Atlantic 10 conference is continuing to work on ways to ensure meets and competitions are safe and up to guidelines. Dates are yet to be confirmed, but the team hopes to attend the conference championship at some point this season.