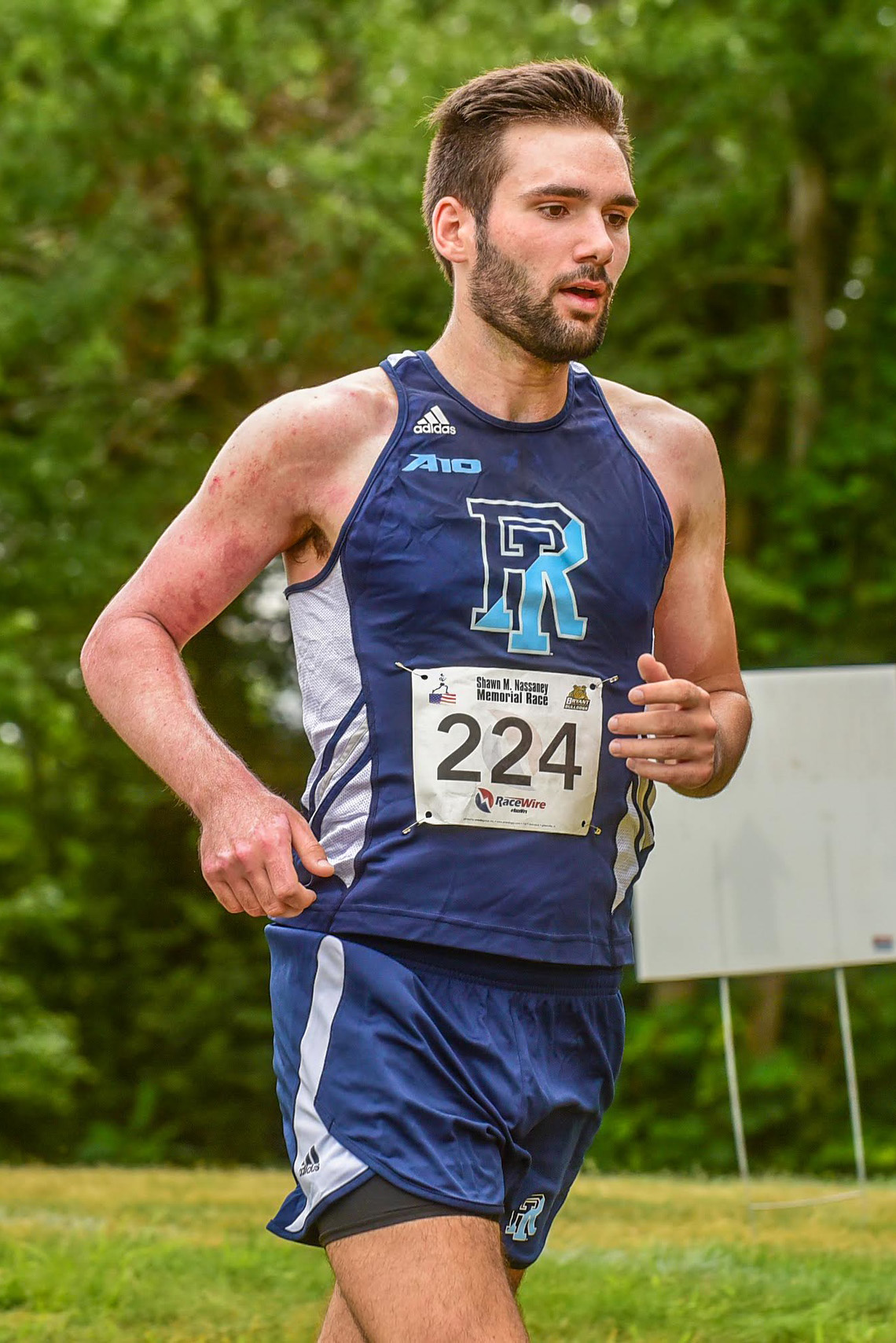 In a sport that has always been driven by individual success, senior distance runner Matthew Vinacco has always prided himself on being the outlier.

“The team aspect is really important to me,” Vinacco said. “Some things you can’t do by yourself, but as a team it brings everything together.”

The Scituate, Rhode Island native first picked up the sport in the seventh grade thanks to his older brother Kenny, who was running on the high school team. The two would motivate each other during their respective high school and college careers while spending summers training and bonding over the sport that they both loved.

“Me and my brother have a great relationship,” Vinacco said. “If anything, running brought us closer together.”

In high school, Vinacco would put together an impressive resumé for the Scituate Spartans cross-country and track teams. He broke eight school records, was named an All-Division and All-Class runner for cross-country and outdoor track and qualified for the New England Cross Country Championships as both a sophomore and a junior. He decided to continue his running career close to home at the University of Rhode Island as opposed to attending the University of New Hampshire or Stonehill College, where his brother ran. Although it was a tough decision, guidance from his parents and the educational opportunities at the URI made it an easy decision for him in the end.

“As much as my brother wanted me to run with him at Stonehill, it all boiled down to where I would be able to run as well as get an education that would bring me towards my future,” Vinacco said.

His success in high school would continue into the first three years of his collegiate career. His best season came last year when he earned personal bests at the Boston University Valentine Invitational, the New England Championships and the Rothenberg Invitational.

Rhode Island Men’s Cross-Country and Track and Field Head Coach John Copeland believed that Vinacco was set to have a tremendous outdoor season if the fall season wasn’t cancelled.

“If we hadn’t had the whole season cancelled, I think he was ready to really light it up,” Copeland said. “He was going to have the best year of his life.”

Along with his success on the course, Vinacco also excelled in the classroom. Studying biomedical engineering, he has earned a 3.44 cumulative GPA and made the Dean’s List last semester. Juggling a tough major and being a Division I athlete makes free time a premium for him.

“It’s not the easiest thing in the world,” Vinacco said. “You don’t really have the opportunity to do the things that you want to do. You go right from practice to going to home to eat dinner and then you have to start your homework.”

Vinacco did get some free time this spring and summer as a result of COVID-19. He was able to hike, spend time with friends and pick up the guitar, an instrument that he played when he was younger. He also joined his brother in running across Rhode Island to help raise over $6,000 for the RI Food Bank and the MS Dream Center.

“That whole experience was amazing,” Vinacco said. “My brother was the one who came up with it. It was amazing to do that and help those around us.”

Now back on campus preparing for the upcoming season, Vinacco is ready to make the most of his final collegiate season. He was recently named one of two captains for the cross-country team, an opportunity he is thrilled about. He has hopes to be, along with his co-captain Eric Zulkofske, as good of a mentor as seniors of his past were for him.

Copeland believes that Vinacco can be just that.

“The dedication that he has set a great example for the younger kids on the team and without that dedication, you cannot be a distance runner,” Copeland said.