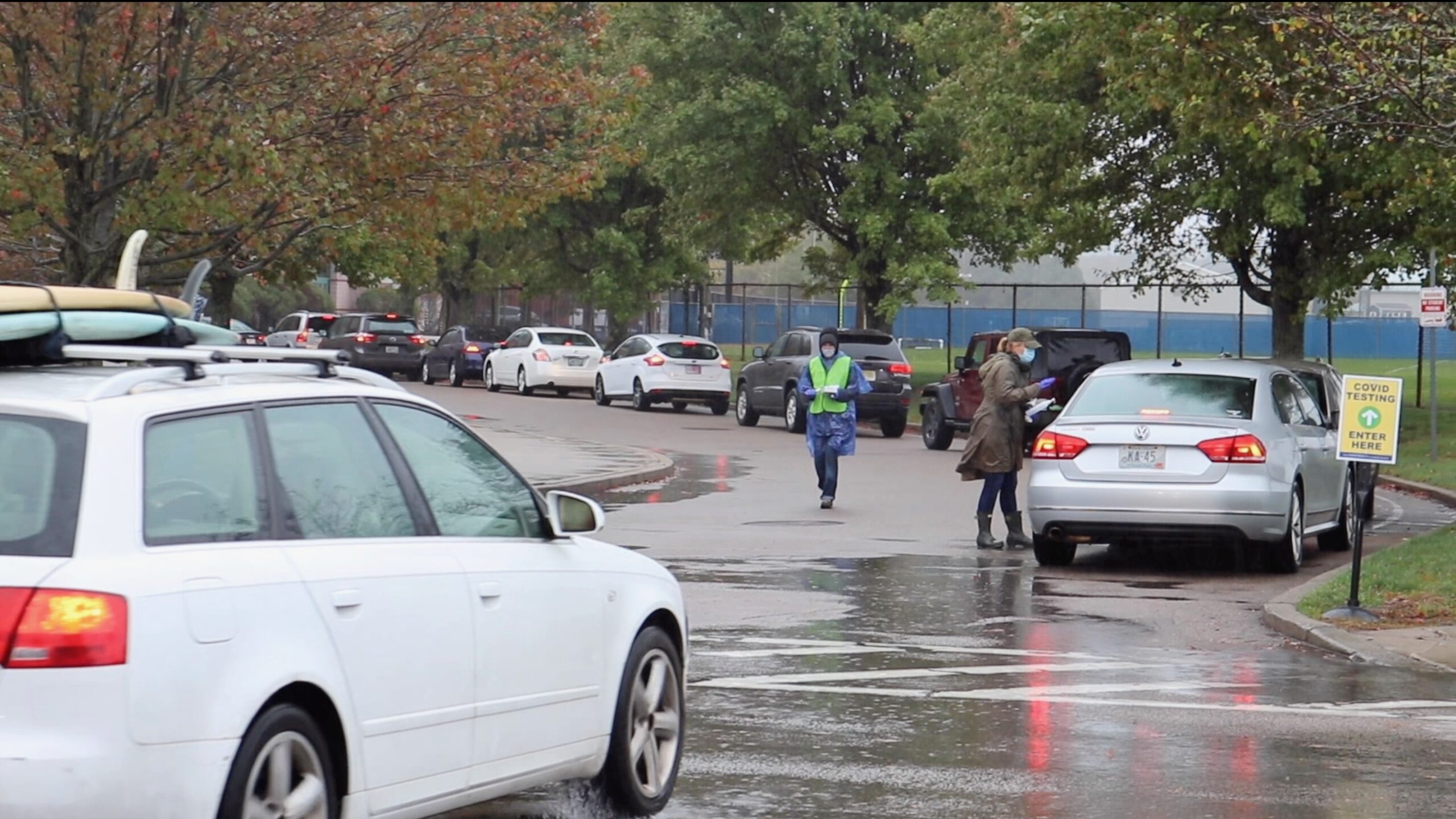 On Oct. 9, the University of Rhode Island announced a mandatory shelter-in-place order for all students involved in Greek Life, receiving mixed reactions from the URI community.

According to Panhellenic Council (Panhel) President Amy Thomas, students sign a form when they join a Greek organization that links their student ID number to their Greek affiliation. When getting a COVID-19 test, students have to provide their ID number. This is how the University is able to track the number of cases within the Greek community.
“Early data indicated that our positive rates in the Greek houses here on campus, as well as our Greek-affiliated students living off campus, were much, much higher at 10, 11 percent,” University President David Dooley said. “That’s an unsustainable rate. At a 10 percent positivity rate in one round of testing, you don’t have many days [before] that number gets to be staggering, so that was really alarming to us. We felt compelled to protect the health and safety of all of our students.”

The shelter-in-place order requires all students affiliated with Greek life at URI to quarantine for 14 days, until Oct. 24. Students are not allowed to leave their residences, whether it be on or off campus, except for essential trips like grocery shopping if they live off campus, prescription pickup, medical visits and essential employment. The order was approved by the University Senior Leadership team, Greek Life staff and the Panhel and the Interfraternity Council (IFC).

Kathy Collins, vice president for student affairs, believes that the move to the shelter-in-place order was a necessary step.

“We saw the high positivity rate in the Greek community and wanted to act quickly to stop the spread of the virus,” said Collins, “[and] had we seen similar trends in other populations, we would have made the same decision.”

Students participating in nursing clinicals and other experiential learning opportunities are prohibited from attending school in person while the order is in effect.

“It was honestly really disheartening,” junior nursing student Jordan Laferriere said. “I am a nursing student who is involved in Greek Life, and my first initial thought when this news came out was, ‘oh my gosh, what’s gonna happen to my clinicals?’”

Laferriere felt that her involvement in Greek Life was negatively impacting her education – something she didn’t expect.

“Now that I wanted to be in a sorority, I’m having my education hurt,” Laferriere said. “How are we going to get the same opportunities as those that are not in Greek Life?”

IFC President Sean Miller said that the University’s order applies to all students that have been recently involved in Greek Life.

“If you were on a roster of a Greek chapter, either as an active or inactive member at the time of this order being placed, it would apply to you,” Miller said. “So even if a member did decide either yesterday, today or tomorrow to drop their affiliation from the chapter, it’s not a loophole that would allow them to get out of the following the shelter-in-place order.”

As such, the order has also been applied to former members who are no longer affiliated with a Greek organization. Fifth-year pharmacy student Madelyn Day, an alumna of the Delta Phi Epsilon sorority, has been barred from going to classes as a part of this order, despite the fact that she is no longer active in the organization.

According to Dooley, situations such as Day’s should not be occurring. Dooley encouraged students to apply for an appeal. Day said she was told by her dean that “they’re still working [the appeal process] out.”

There is an exemption process for chapters that have “good participation rates” with testing and have had no positive cases, said Dooley. Individual students may be able to be exempted from the order as well. Students who feel that they may qualify for an exemption should appeal to the Office of Student Affairs, which is working with Health Services and the Office of Greek Affairs to facilitate this.

Overall, the Greek student leadership in IFC and Panhel believe that instituting the order is necessary to help lessen the spread of COVID-19.

“From the start, all of us, everyone involved in Greek Life, as well as Greek leadership, our first priority is keeping everyone safe,” said Panhel Vice President Denize Dezendorf. “I agree that the school is trying to do the most they can to limit the spread of the virus and keep us safe as well. So if this is something that they want, and they think will help them, obviously, we’re more than happy to comply.”