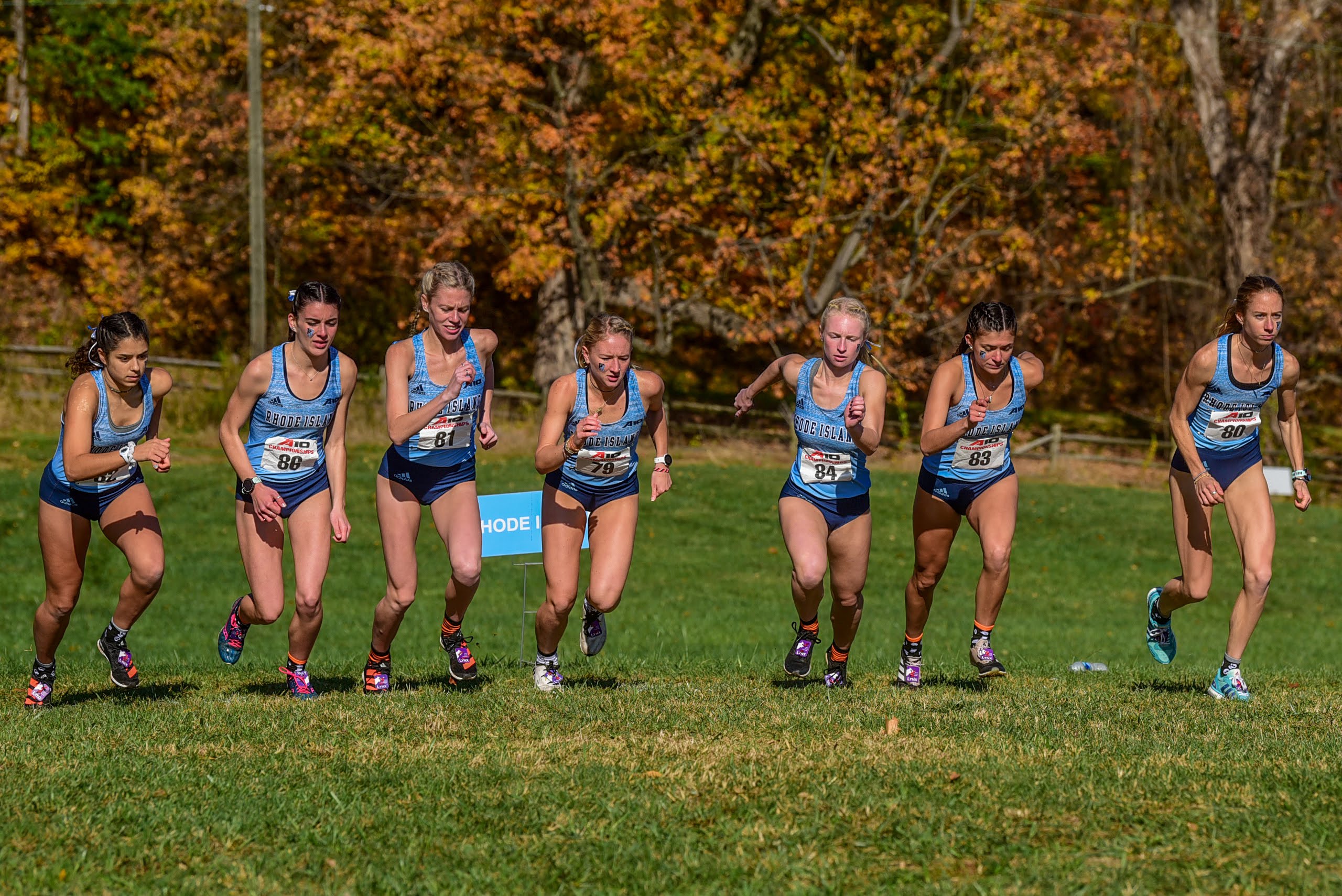 After their last season was put on hold due to COVID-19, Women’s Track and Field prepares for a second chance in the upcoming season. Photo from GoRhody.

In March of 2020, just before a competition, the University of Rhode Island Women’s Track and Field team got news that most sports teams around the country were getting: their season was getting put on hold.

The global pandemic has led to something many have referred to as a “new normal.” URI’s women’s cross country and track and field teams are trying to make sure that this includes them getting the chance to compete.

The team was allowed to resume practices on Sept. 21, which was a step in the right direction, but there is still a lot up in the air. In order for them both to have a season, the plan is for both Cross Country and Track to compete in the spring, which comes with a few complications.

“How do you run Cross Country in the Northeast in January?” asked Head Coach Laurie Feit-Melnick.

She is hoping that the cross country team will be allowed to travel south for meets this winter before the team will compete at the championship meet in March. This competition will take place just days away from the track competition, leaving Coach Feit-Melnick confused.

“I’m not sure why the NCAA did what they did,” she said, as the nature of the schedule makes it very hard for the athletes who participate in both Cross Country and Track to do both. “Some athletes will focus on one or the other.”

Track captain Kristina MacLure had her senior season cut short last year because of the virus. It was a big decision for her to come back for a fifth year, but after talking to her coaches she decided it would be best to “finish what [she] started.”

MacLure was ready to defend her title in the 400-meter hurdles last year and hopefully will get the opportunity to do so this year. As a captain, she said she has a lot of people come to her for advice, and she has to relay information to other players.

According to Feit-Melnick, the timeline of events has not been easy for her student-athletes.

“This whole process has been very hard and stressful for many of my athletes,” she said.  “I just feel terrible.”

As of now, Atlantic 10 spring sports are planned to be played, with no unilateral date as to when they can begin. The fall sports calendar has yet to be determined as well for the spring. According to a press release from the conference, if all goes as planned, sports will be played with proper protocols to protect the athletes, coaches, universities, and surrounding communities.