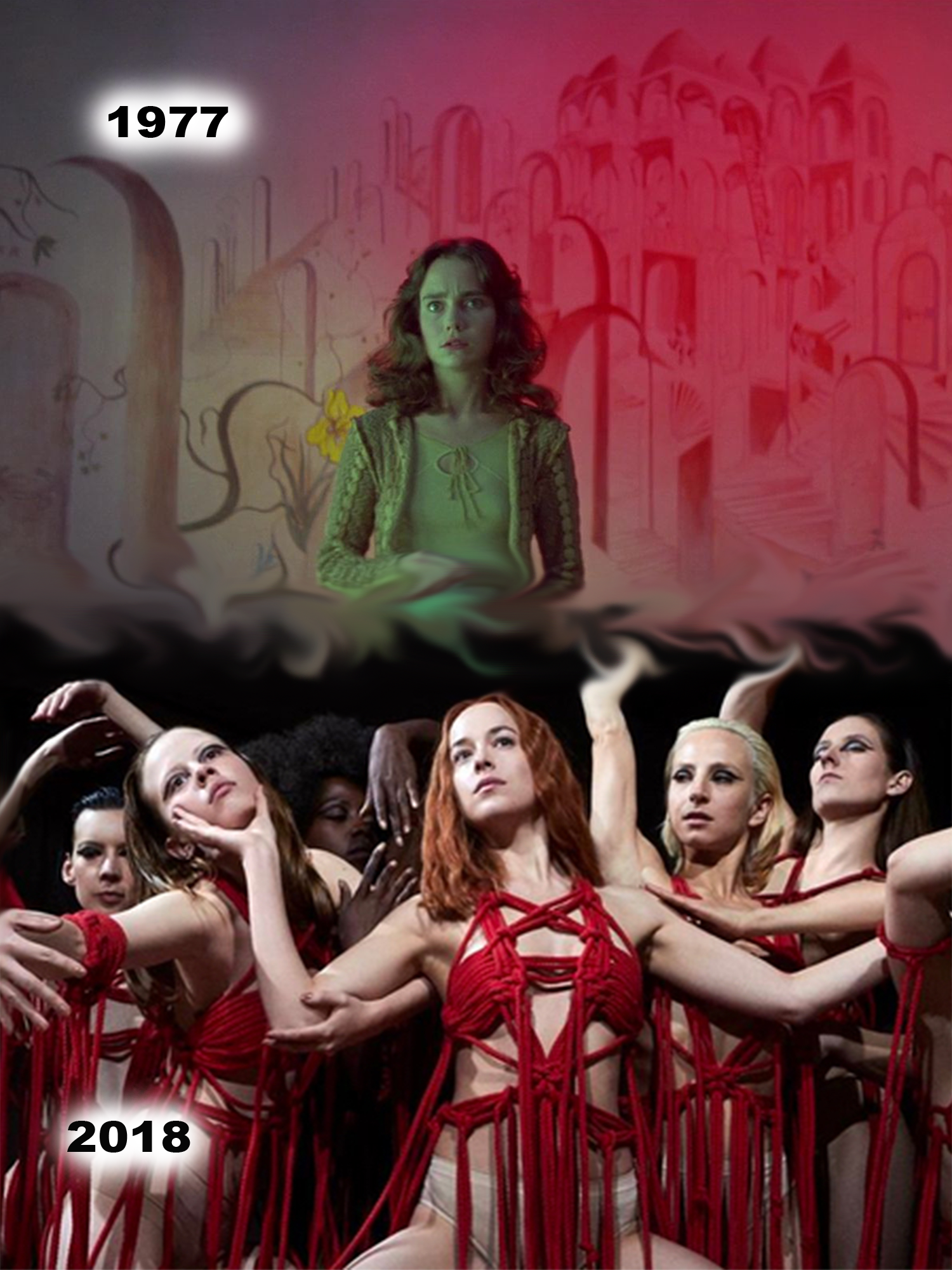 I don’t think there has ever been a successful movie remake that has been so drastically different from the original like “Suspiria.” The two versions of “Suspiria” couldn’t be any more different, yet both movies are some of the best horror films I’ve ever seen.

The original 1977 version, directed by Dario Argento, was partially based on Thomas De Quincey’s essay “Suspiria de Profundis.” The remake, directed by Luca Guadagnino, took the basic elements of Argento’s “Suspiria” and scrapped the rest. The two stories are so different that it sometimes seems wrong to say that “Suspiria” (2018) is a remake and not a complete re-imagination of the same source material.

The original story is extremely lackluster and is one of the few successful films that is fully style over story. It follows Suzy Bannion, played by Jessica Harper, who moves from America to Germany to pursue her dreams of being a dancer at the Tenz Dance Akademie. She is initially turned away, until a student is murdered and a spot opens for her. As the movie goes on Suzy begins to realize there is something supernatural going on and decides to fight against it.

Guadagnino’s imagining of “Suspiria” is a fully fleshed out and deep story. This time Susie Bannion, played by Dakota Johnson, is an American girl who comes to Germany to learn dance at the Markos Dance Academy after her mother dies. She is accepted to dance at the academy and is marked for greatness from the first time she dances. Susie is slowly inducted into the coven that runs the school and becomes more powerful as a dancer and witch. This all takes place along the backdrop of the Berlin Wall, which is feet from Markos Dance Academy. The story in this film could be dissected for hours and is strengthened by the strong cast behind it.

The original 1977 “Suspiria” is a vivid technicolor nightmare that is a lot more trippy than it is scary. This movie is the height of the classic 70s horror aesthetics blended with the neon-colored horror of movies like “Mandy” and “The Neon Demon.” This is one of the most visually striking horror movies that I have ever seen; every scene is drenched in bright colors. The crazy visuals and style of Argento are what makes this movie so good; the story is carried by the style that Argento injects into every moment.

From the first moments of the remake, it is clear that Guadagnino has no intention of redoing the same things that Argento did in the original. The first moments of the film are visually dull, bleak and empty. The brightest thing in most scenes is Susie’s head of red hair. While Argento used vivid colors to invoke fear in those who watched “Suspiria,” Guadagnino does the opposite and relies on dull and lifeless visuals. The remake also has a lot more common types of visual horror, like the excruciatingly long scene of Olga’s body being so badly broken due to Susie’s dancing. It is one of the most stomach-churning horror sequences in modern film.

While the remake of “Suspiria” is not nearly as colorful and vivid as the original, it makes up for that with its dance scenes. The dancing in the original film is minimal and does not take a major plot point, but Guadagnino put actual dances front and center. One of the climaxes in the remake is the performance of “Volk,” the dance piece the company has been working on the entire film. This scene was earth shattering the first time that I watched it. I am by no means  someone who understands dance, but the dance in this scene was so mesmerizing and mind bending.

My only problem with Argento’s “Suspiria” is the story. I wish there was more to it or that it was a little less generic. Besides the story, the original is a horror masterpiece that everyone should watch. As for the remake, I have no complaints at all. Some people may say it’s too long at 153 minutes, but I think that removing anything from that run time would take something away from the movie.

You should definitely watch both versions of “Suspiria,” but just know that they could not be any more different. Many fans of the original didn’t like the remake just because it diverted so far from and had so few references to the original, but I think that’s what makes it so good. So set aside a few hours over Halloween weekend to enjoy both versions of “Suspiria.”