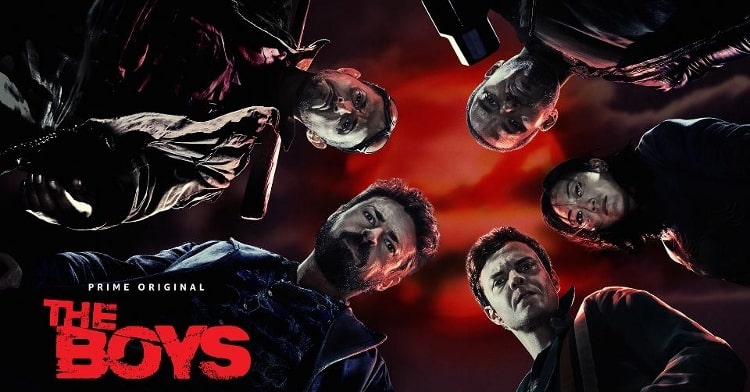 As a self-proclaimed superhero fanatic, “The Boys” is everything.

I have thoroughly enjoyed watching the facade of the perfect superhero be stripped away right in front of me through this show.

With an all-American fascist, a Nazi, a religious cult and others, the Supes of Amazon Prime’s “The Boys” show just how much power can go to someone’s head.

To understand this show, let me break down the two main entities: Supes (namely The Seven) and The Boys.

The Seven is the elite, most well-known group of Supes that Vought pours most of their money into. They are sent on pre-approved missions carefully laid out so that the cameras can catch their every move for publicity and protected from media or public scrutiny for any wrongdoings. The Seven are led by America’s sweetheart, who is the closest thing to God, known as Homelander, clad in an eagle-covered suit with an American flag cape.

The Boys are a group of people working to expose the wrongdoings of the Supes, such as A-Train’s incident where he ran through Hughie’s girlfriend, Robin, which caused her body to explode. The Boys are led by Butcher, a man on a path to avenge his wife.

The characters in this show are all wonderfully flawed in a way that makes you love and hate them all at the same time. Hughie is quite literally one of the most useless characters, but is also charming in the way he calms down Butcher; Homelander is terrifying but his mommy issues make you somewhat sympathetic to his struggles; Kimiko is badass without saying a word and the list just goes on and on.

In terms of casting, actress Aya Cash said “how cool would it be if I got to do this?” as she’s a Jewish woman playing a Nazi on the show. Cash had been in disbelief that she would be cast in her role as Stormfront and said that playing a Nazi was something she felt was outside of her wheelhouse. This casting of a nice Instagram-friendly, unassuming villain was an amazing choice for this show in my opinion.

Family issues are addressed in this show as the aforementioned leader of the Seven, Homelander, has quite literally the biggest mommy issues I’ve ever seen in a character. He is a severely disturbed man-child with the power to laser through anyone in his way.

The show also tells a cautionary tale of how the incitement of violence from a public figure can lead to the tragic death of other innocent people by those who become empowered by these words of hate.

“The Boys” constantly has you engaged and on your toes as no one is ever safe from harm’s way. At any time, someone’s head could blow up or they could be cut in half or lit on fire.

There is no shortage of gore as one scene in the show depicts several peoples’ heads being blown off followed by a floor full of blood, and several decapitations are seen throughout the show.

I cannot emphasize how much I enjoyed this show. I have rewatched season two three times over. So, grab your friends, grab some popcorn and watch “The Boys.” Seasons one and two are available with an Amazon Prime subscription on Prime Video.