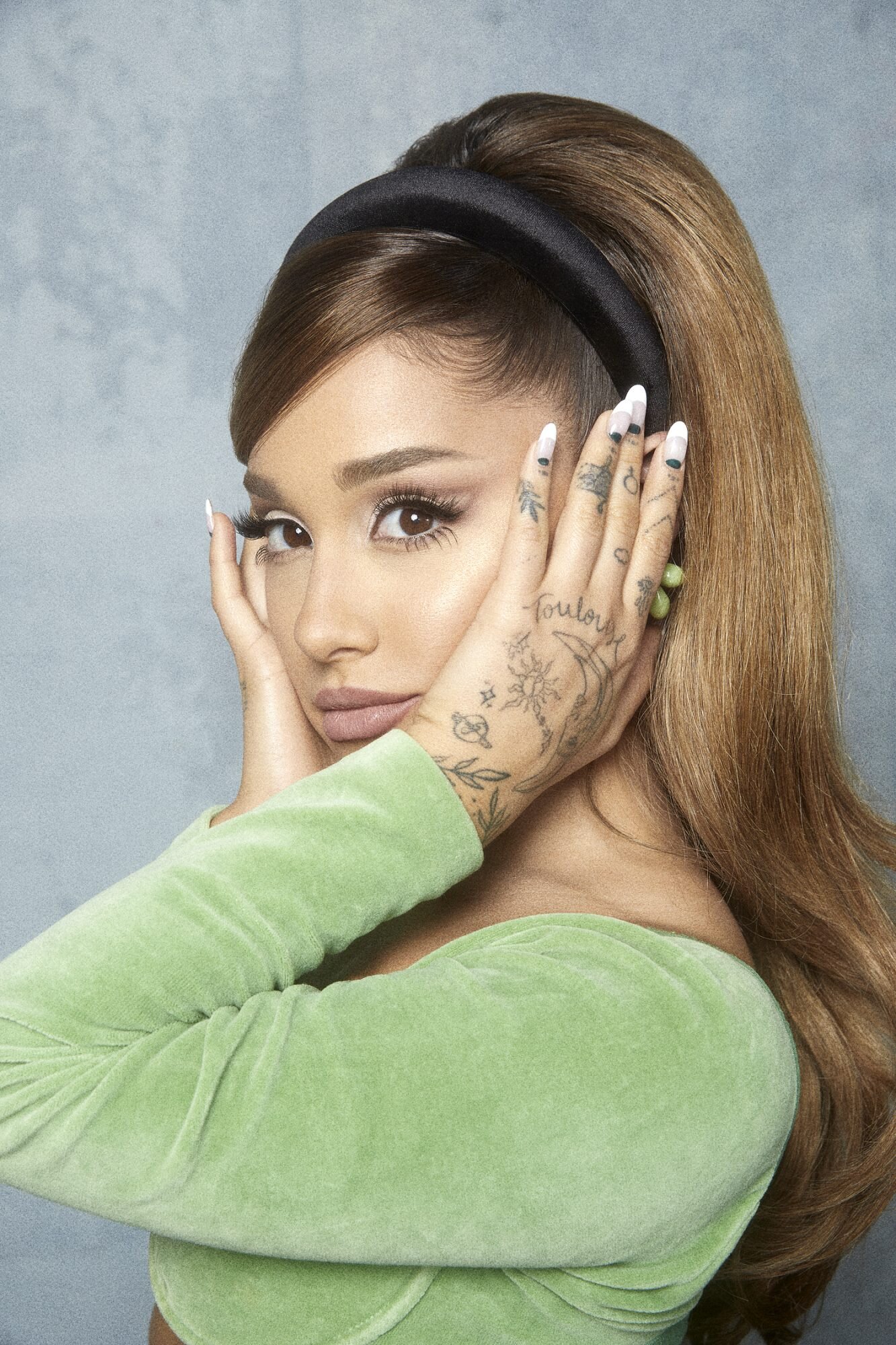 The Queen of Pop Ariana Grande has churned out yet another banging album. With bass that hits and that breathy voice we are all so familiar with, “Positions” is Grande’s most mature album to date.

While it isn’t my favorite Grande album, this album pulls off a very sexual vibe with songs like “34+35” and “positions” on its roster.

Here’s my review track by track:

The album starts out with “shut up,” which is a song I can’t help but giggle at. Only Grande could sing shut up with runs like that and make it work. The staccato strings in this song give a great beat to back up her vocals. This song does get the message across to start the album that she is in charge here and everyone will “shut up” and listen to the rest of the album. Rating: 4/10.

“34+35” is a fan favorite on this album with smooth background strings and great bass. There’s no song at the moment I love to bass boost more and drive around to. I love dancing around to this song; it’s simply a great vibe and just puts me in a great mood. “Make a b**** wanna hit snooze” is another line that has me chuckling but the beat hits just right. Rating: 8/10.

“motive” is … generic pop. It sounds like it should be playing in the background of an American Eagle Outfitters. It has an acceptable bass, but no fun background music or really exciting vocals. A staple Grande song, but not one I will get drawn to when listening to this album. It’s super repetitive and boring. The Doja Cat feature on this song is alright but nothing special. The two could have produced more than something I’d find myself hearing in a Hollister fitting room. Rating: 3/10.

“just like magic” brings the beat back along with those Grande vocals we all know. This song has girl boss energy. I feel that after listening to this song I can take on the world. It’s definitely a song to listen to while getting ready for the day. Rating: 8/10.

The song “off the table” featuring The Weeknd was a letdown. There, I said it. These two could have produced something much more fun to listen to. The bass is nothing special, it’s whiny and just not great. I find myself frequently skipping it. I’ll move on from this atrocity. Rating: 2/10.

Now for my favorite song on the album, “six thirty.” This song has great lyrics that feel kind of ridiculous but the chord progression is one I find myself loving. Also if you haven’t guessed it by now, I love some background strings and the touch of strings in this song is great. The audio mixing is fantastic and the bass is great. I love bopping to this song and will continue to get hyped every time it comes on. Also, the appearance of another “skrrt skrrt” on a Grande album is thoroughly welcome to make me chuckle. Rating: 10/10.

“safety net” featuring Ty Dolla $ign has a good beat and decent lyrics. Between this and “off the table,” I’d rather throw this on for a feature. It’s a bit slow for my taste and puts a vibe check on the album’s more upbeat tracks. I feel the song was made for people in a talking stage that may or may not be falling. Listen accordingly. Rating: 3/10.

“my hair” is another American Eagle-esque song but definitely has a more sexy vibe to it. It’s another confidence boosting song you can listen to while getting ready with a good beat and decent bass. This song also features the Grande whistle tones the world has grown familiar with, so if that’s your thing, listen away. Rating: 6/10.

Now this song has bass! “nasty” has those whistle tones we all know, but my lord, the bass in this is cranked up, which is something I won’t complain about. As the name implies, it’s a “nasty” song for lack of a better word. Another confidence boosting bop to give a listen to. Rating: 7/10.

Quite honestly, “west side” isn’t a song I spend too much time listening to. I think it had the idea it would be more popular but it doesn’t really deliver. The audio mixing is different than usual for a Grande song, but it personally doesn’t hit for me. Rating: 2/10.

“love language” is another song you’d probably hear in a mall fitting room, but this has enjoyable background strings and a good beat. I can’t help but sway or dance to this song a bit. Rating: 7/10.

The album staple is “positions.” I want to go to a spin class or run or dance to this song. I’ve got to be moving to this beat. An absolute banger delivered with the single release of this song before the album. It got my hopes up a bit too high for the album to be honest. The music video for this is also amazing if you want to check that out. Nonetheless, this song is exactly what I want when I’m listening to a Grande song: it gives that confidence boost, has great bass and beat and the lyrics are super fun. Rating: 10/10.

I want to be drinking a nice hot chocolate on a cold day when I listen to “obvious.” I say this all of the time, but Grande is meant to be listened to in cold weather, so the timing of the album’s release is great. The beat and lyrics in this song have definitely grown on me since the release of “Positions.” Another song to bop to when getting ready or driving. Rating: 8/10.
To end the album, “pov” isn’t the strongest song, but it’s acceptable I suppose. It’s the breathy feel from Grande everyone knows, but it’s a bit too mellow for my taste. If you’re sad, I’d say this is the song to put you in your bag. I’d argue “pov” is the antithesis of the vibe that “thank u, next” gives off. Rating: 6/10.

“Positions” followed my favorite Grande album “thank u next,” meaning it had its work set out ahead of it. I was slightly disappointed but Ariana has produced several new bangers so I won’t complain too much.