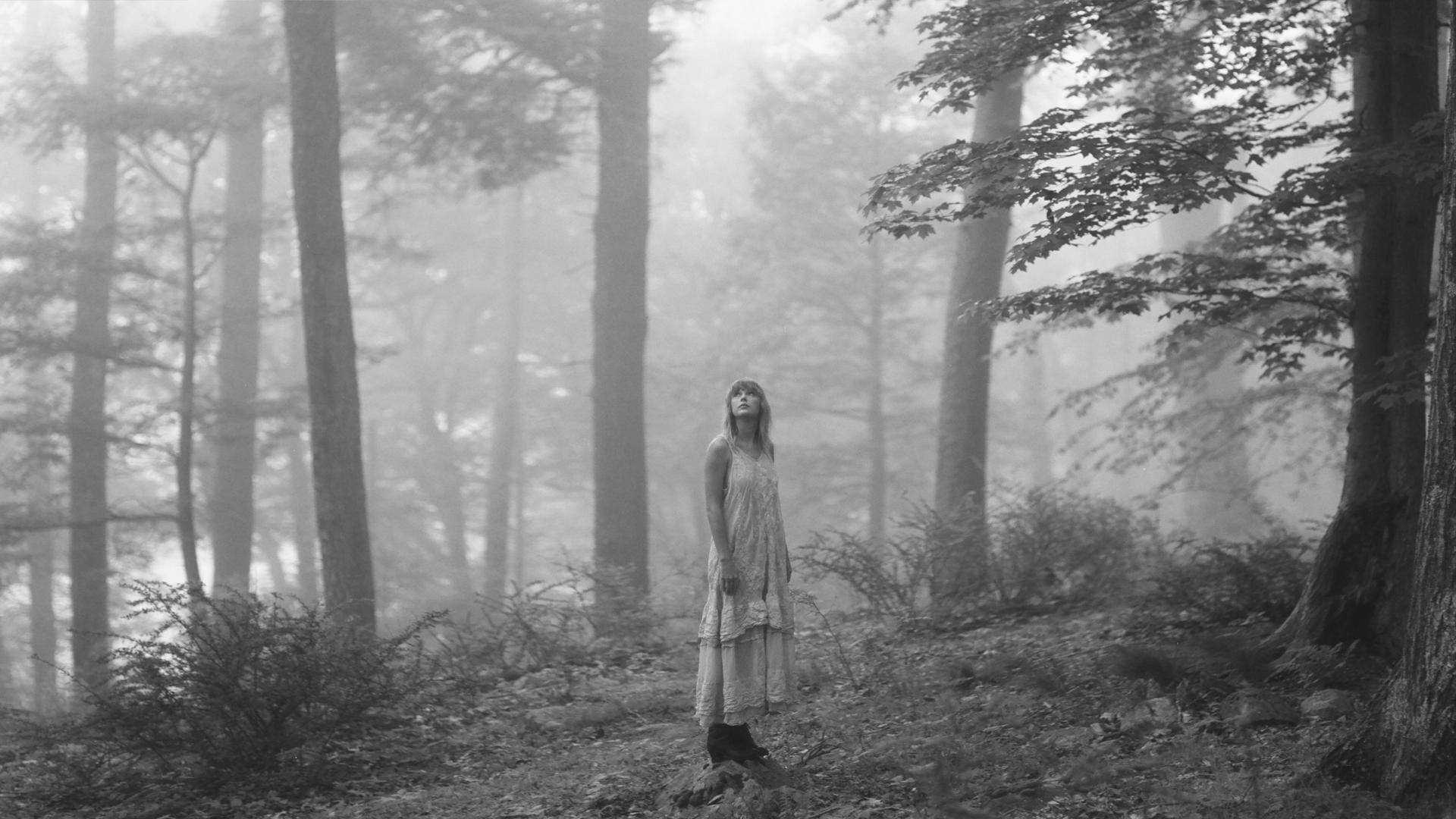 Taylor Swift for her album “Folklore.” Photo from Deviantart.com.

Let me start by saying that I am a huge Taylor Swift fan, and her latest album, “folklore,” blew away all expectations I had for her eighth album. As someone who has listened to all of Swift’s songs hundreds of times over, I can easily say that Taylor outdid herself in this dreamy storyteller album that she dropped in the midst of the COVID-19 pandemic. Everything you know, or you thought you knew, about Taylor Swift’s writing and song production ability will be wiped away at the first note of the leading track.

Here’s a track-by-track review of my top five songs ranked:

Swift has always been known to be the one (pun intended) to write about boys and breakups, so after listening to “the 1” for the first time, it didn’t feel like anything new. However, I quickly realized this song isn’t about her own life, as she has been in a stable relationship with her significant other, Joe Alwyn, for around four years. Swift claims that this whole album is from the perspective of others, but I don’t doubt that she took inspiration from her many heartbreaks when writing this song.

Swift sings about how she wishes she could have stayed in a fun, but dead, relationship, thinking about how “if one thing had been different” maybe they would have ended up together. The catchy and repetitive lyrics to this song make me want to sing this song at the top of my lungs, but when I listen to what she is actually saying, I realize how heartwrenching this song is. I think this contrast is what makes it so great, as it’s so different from the common heartbreak song.

“In my defense, I have none

For digging up the grave another time”

I think this lyric embodies the overall meaning of this song the best. Swift knows that she’s in the wrong here, and she knows that this relationship isn’t good for her, but she can’t help but think about how great it would’ve been if they were “the 1.” I think a lot of people who have been in toxic relationships can relate to this, as they continue to allow the good to outweigh the bad.

Millionaire Swift obviously owns a bunch of mansions, but her Westerly, Rhode Island (go Rhody!) holiday house owns a special place in her heart. “the last great american dynasty” tells the story of Rebekah Harkness, the woman who owned Swift’s mansion before her.

In 2017 Taylor testified that DJ David Mueller had sexually assaulted her during a meet-and-greet. When the jury sided with Swift, granting her the symbolic $1 she sued for, Mueller blamed Swift for “ruining his life” as he fired from his job and lost millions fighting against the allegations. Paralleling this, Harkness was labeled as the person who ruined “the last great American dynasty,” even though this was actually caused by her husband’s problems. Much like Swift, Rebekah was seen as an easy target.

In “the last great american dynasty,” Swift tells Harkness’ story and then throws in a few of her own experiences at the end. The song feels less like a song and more like a story, as Taylor barely stops to catch her breath until the end of the song, ending the story with  “I had a marvelous time,” referring to how Swift and Harknesshave both owned up to “ruining everything.”

Free of women with madness, their men and bad habits

And then it was bought by me”

These lyrics are Swift’s way of owning up to the narratives both her and Rebekah have been labeled with, as she states that the house was free from all the madness for the 50 years it was vacant, right up until she bought it.

“Folklore’s” second track, “cardigan,” is one of the strongest songs Swift has written lyrically. This song is all about her insecurities, symbolized as an old cardigan and how a special person in her life wiped these all away.

Favorite lyrics:
“I knew you

Tried to change the ending

And when you are young, they assume you know nothing”

The “when you are young, they assume you know nothing” lyrics are a play on the critique that Taylor has been receiving for the past 14 years of her career: a young, naive woman has no understanding of the world. This recurring lyric also connects “cardigan” to track 14 of folklore, “betty,” as the idea of knowing ‘nothing’ due to youth is a recurring idea in both songs.

“Betty” is the breakup story of two teenagers, Betty and James, after Betty learns that James had a summer fling with someone else.

The song starts with James, the narrator, explaining how he feels guilty, as he says “Betty, I won’t make assumptions/About why you switched your homeroom/but I think it’s ’cause of me.” Right off the bat, we are seeing that Betty has chosen to recognize her own worth, leaving James alone in “homeroom” to own up to his mistake. The rest of the song is filled with lyrics from James’ perspective as he repeatedly claims that it was “just a summer fling” and that he doesn’t know anything about love because he’s young and naive. This part reminds me a lot of Swift’s old writing style from her first two albums, “Fearless” and “Taylor Swift.” Swift was often criticized for writing love songs because she was a “clueless teenager” who knew nothing about love. This song gives me a strong sense of nostalgia, as the vibe and production remind me of Taylor’s adolescence, and her so-called “naive” songwriting.

“Betty” is part of the ‘teenage love triangle’ Swift produced in this album. Preceded by “august” and “cardigan,” “betty” is the song that completes the love triangle. As Swift said on a live chat on the night of “folklore’s” release, “there’s a collection of three songs I refer to as The Teenage Love Triangle. These three songs explore a love triangle from all three people’s perspectives at different times in their lives.”

“I was walking home on broken cobblestones

Just thinking of you when she pulled up like

A figment of my worst intentions

She said “James, get in, let’s drive”

Those days turned into nights

Slept next to her, but

I dreamt of you all summer long”

These lyrics are James’ explanation of how he ended up cheating on Betty, as he used the iconic breakup line, “I was thinking of you the entire time.” He’s playing the victim in this scenario, blaming the other person involved in the affair, thinking Betty will take him back. Betty’s response to this is to move on, taking the feminist route of blaming the cheater, not the “other woman.”

Swift’s eighth track on her “folklore” album, “august,” is from the perspective of a young girl reminiscing on her short-lived relationship. Using descriptive language, the narrator explains some things she misses from her relationship, like “Your back beneath the sun/ Wishin’ I could write my name on it,” and “I can see us twisted in bedsheets.” Following this, the narrator tells us how she was fine “living for the hope of it all.” She was so in love with him, and she was fine being at his beck and call, even if he couldn’t commit to the relationship.

These lyrics relate this song to the teenage love triangle we also hear about in “cardigan” and “betty,” as all three songs represent one love story at different phases of the relationship. In “cardigan,” the narrator was still invested in her relationship, as she felt loved and like she was their “favorite.” “august” comes after this, in which the narrator realizes that their lover was never invested in the relationship. Finally, “betty” closes the triangle by showing how Betty has moved on from the summer (“august”) relationship, leaving her betrayer behind.

“Back when we were still changin’ for the better

For me, it was enough

To live for the hope of it all

And say, “Meet me behind the mall”

So much for summer love and saying “us”

‘Cause you weren’t mine to lose

You weren’t mine to lose, no.”

These lyrics embody the moment the narrator realizes that this entanglement she was involved in is over. She realizes that she wasn’t enough for him, even though it feels like she just lost her summer love. This is the moment she truly realizes that he was never hers.