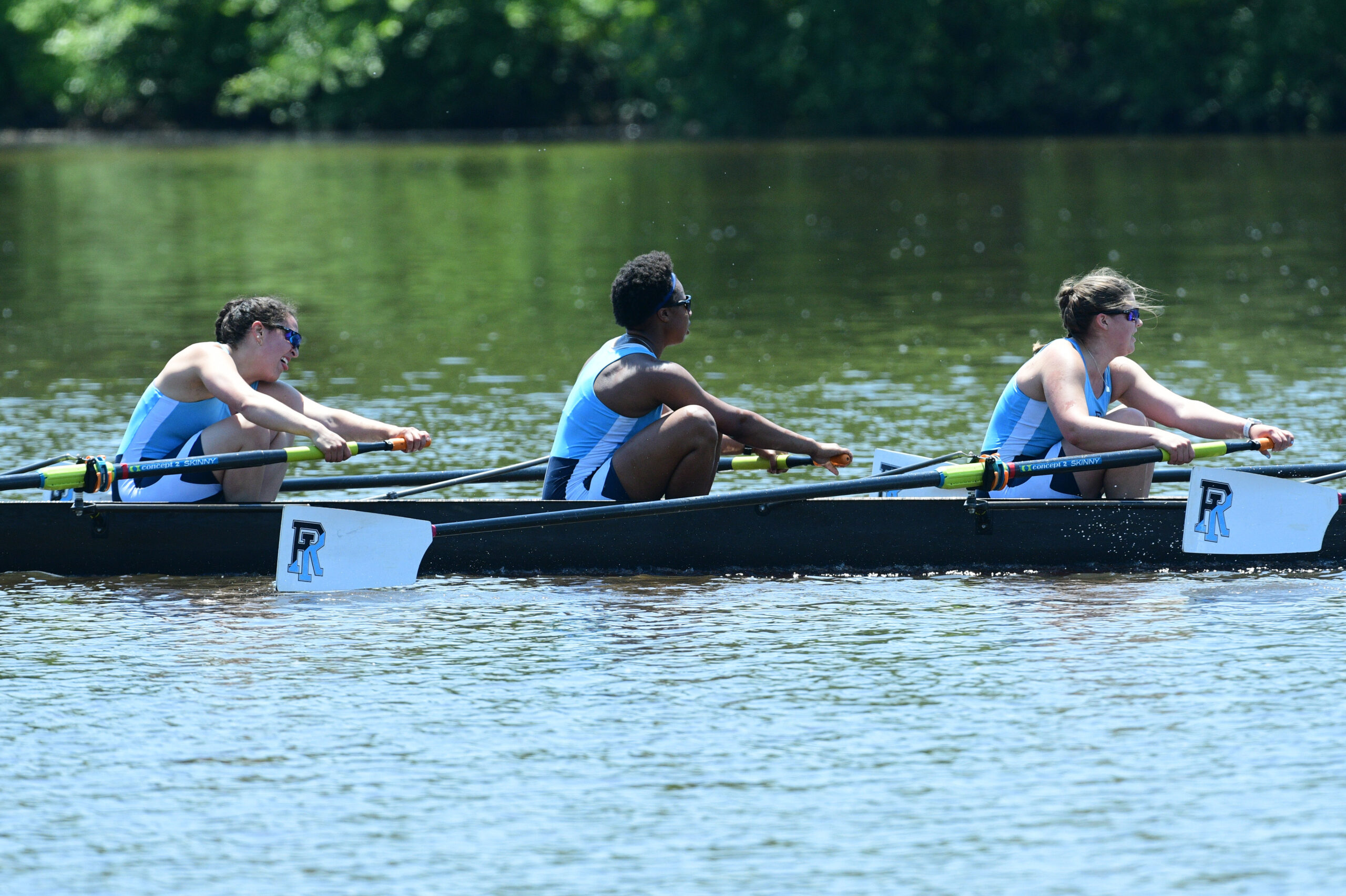 Women’s rowing team is actively trying to prepare for the spring season while abiding by COVID-19 guidelines. Photos contributed by URI Athletics.

How do you socially distance on a boat when the benches are only four feet apart? That is only one of the many challenges the University of Rhode Island Women’s Rowing team has faced since the pandemic took away their fall season.

Normally the team would have some races throughout October and into early November, but now they are using this time to prepare for their spring races, which they hope will start in March.

In September, when the team was given the go-ahead to begin practicing, the coaching staff was given a challenge on how they were going to socially distance their 57-member roster. Head Coach Shelagh Donohoe limited each boat to two to three people and grouped individuals into “pods” based on who they lived with.

Another significant change has been the sanitization of equipment. Before and after each practice on Narrow River, Donohue said each boat and all the oars must be wiped down completely with a sanitizing spray composed of bleach. At first this was time consuming, but now the team as a whole has adjusted to this “new normal.”

As time went on and COVID-19 testing of rowers remained negative, Donohoe was able to increase the boats’ capacity slowly, and they are now practicing with the normal amount of eight rowers per boat.

“The smaller boats, you have to focus technically and be in tune with the boat,” Donohoe said. “That has been to our advantage especially with the newer rowers.”

With nearly half of their roster being comprised of freshmen and sophomores, the women’s rowing team has a lot of newcomers to train. Senior rower Sarah Dudinski, who had no experience herself before she started with the team, feels that being grouped based on skill-level has a disadvantage.

“[The new rowers are] in their own pod so it is hard for them to get to know the rest of their team,” Dudinski said. “They’re new at this sport, so it is kind of singling them out even more.”

The team practices Monday through Friday on the water and also in the weight room on Tuesday, Thursday, and Saturday. Even though the team practices in small groups, Donohoe is adamant that working in smaller groups, especially with the new rowers, has been beneficial.

“The practices have been geared towards [the new rowers] and then integrating them with the older group to create some fast lineups,” Donohoe said. “We are following the guidelines but the athletes are super focused and that has allowed us to put all of our attention on training for the spring.”

The outlook on spring competitions remains unscheduled for now, but the team has some intersquad races to look forward to. Dudinski says she is very happy to participate in them and is ready to prepare for what is to come.