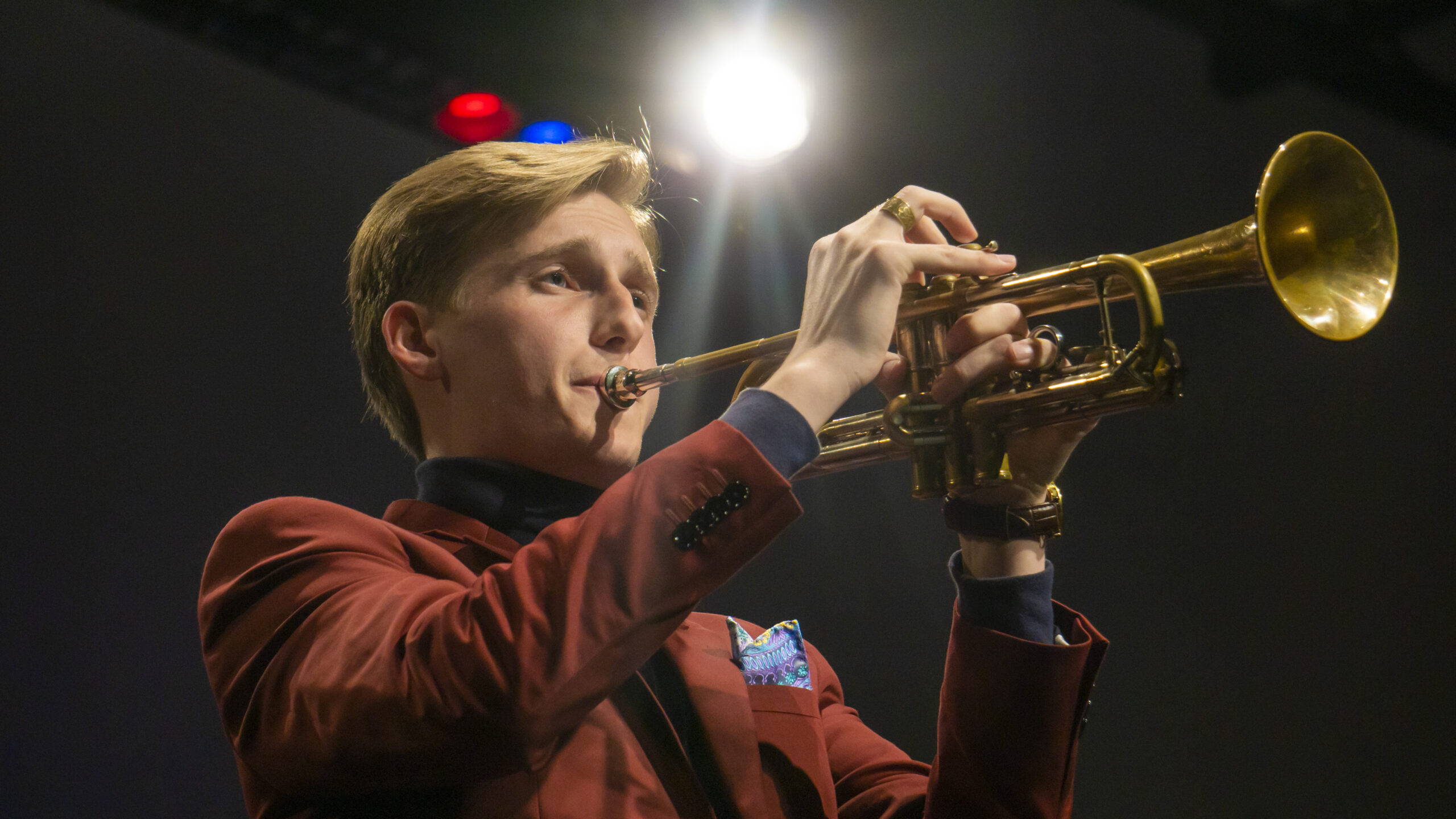 Many music majors were preparing for their recitals last spring – until the pandemic brought life to a screeching halt.

Now, those who were unable to perform their required recitals in the spring have had to adjust to practicing and performing under COVID-19 safety guidelines to prevent transmission of the virus.

In order to comply with these restrictions, the performers have to be farther apart onstage than they would normally be, and the full concert hall has to be used for every performance, even for small ensembles.

Michael Robinson, a trumpet player who performed his senior recital on Oct. 24, said that the change in venue setup posed a bit of a challenge. He said that the stage is usually “reversed,” and that the audience sits along the back wall on the stage while the musicians play closely in front of them.

“I thrive off of being in a very condensed, almost club-like venue [when I’m performing jazz],” Robinson explained. “Everyone is right there, you can reach out and, like, touch the audience. It’s a much more intimate environment and it’s a lot more fun.”

There are also limits for how long the performers and audience can be in the hall together. After 30 minutes of performing, the hall needs to be “aired out” for 20 minutes before the recital resumes or the next one begins. These restrictions apply to rehearsals and lessons as well, according to senior music performance and music education major Brandi Lane.

Adjustments have also had to be made to various instruments.

“I have a mask with a slit in it, one of the little surgical ones,” said Lane, who plays the French horn. “Then there’s a cover that goes over the belly of my horn, [and] there’s a little slit for me to put my hand in [that] has, like, a scrunchie around it so you can’t see my hand anymore.”

The addition of the personal protective equipment (PPE) on the instruments has added another layer of complication to preparing for recitals. It affects the sound of the instrument as well as the tuning, Lane said.

“In some ways, I feel like I’m relearning how my instrument sounds because there’s just adjustments that I’ve never needed to make before that all of a sudden I’m now doing,” Lane said, noting that breathing through the mask has been a challenge. “It’s been a lot of retraining, and [then] undoing it when I take the mask off.”

With her trio, Lane has chosen to play with her mask and bell cover on. This, she said, is because it is easier to keep time with her trio from six feet away rather than 14 feet away. For other pieces, Lane said she is choosing to be 14 feet away and uncovered.

Despite all of the added challenges coming with recitals this semester, Robinson is glad that they’re still possible.

Lane encouraged the community to experience the recitals as they are all being livestreamed. For those interested in viewing upcoming recitals, they can be viewed on the music department’s YouTube channel.