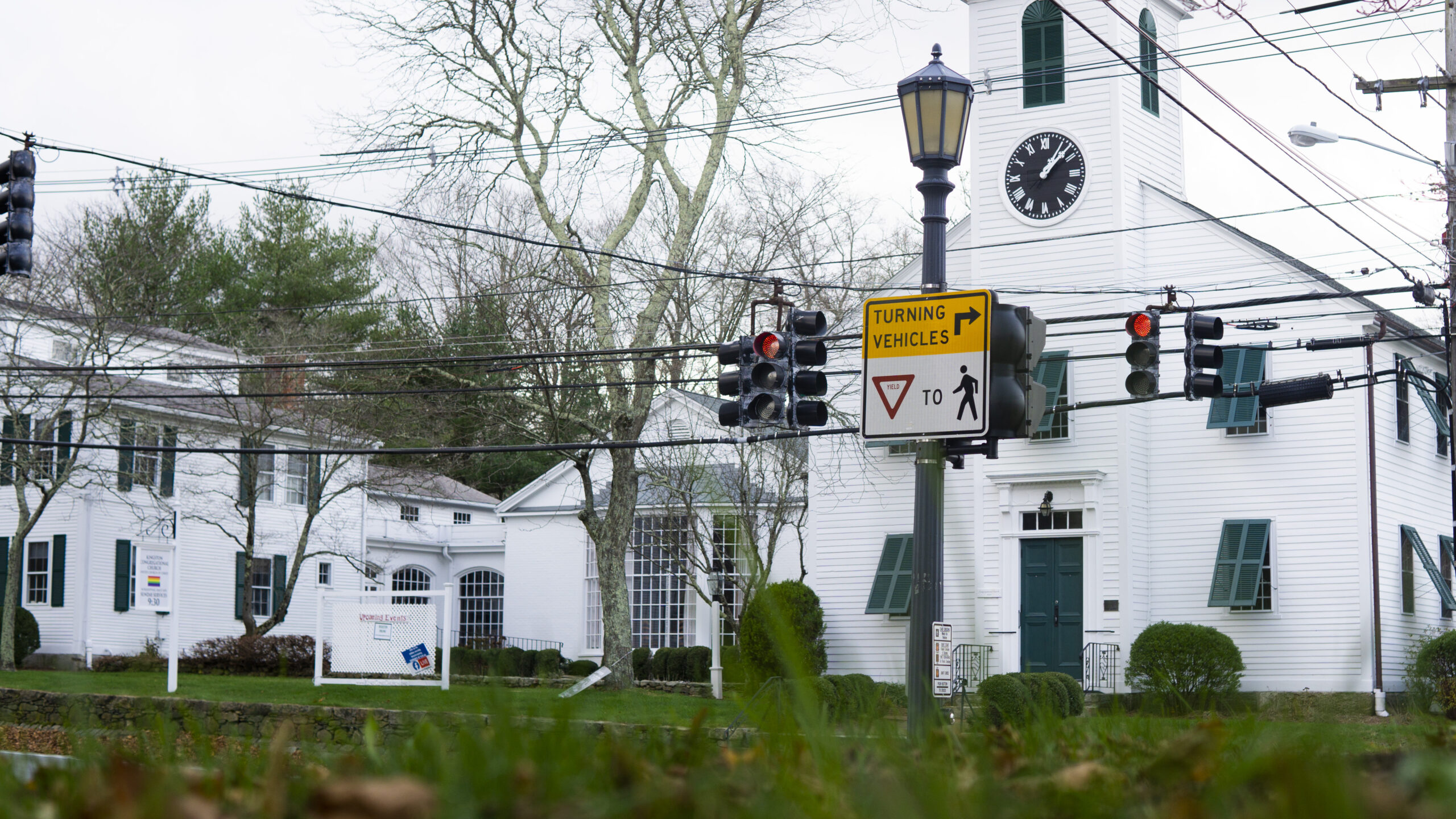 The crosswalk on Route 138 and Upper College Road is now safer for pedestrians. Photo by James Singer.

The Rhode Island Department of Transportation (RIDOT), in cooperation with the University of Rhode Island, recently installed a new crosswalk button across Route 138 at the Kingston campus entrance.

The button was installed because of a request from Director of the Academic Enhancement Center Jennifer Burgess, who frequently commutes to campus by bicycle.

After a near accident in 2018, Burgess first began to consider how to make the intersection of Route 138 and Upper College Road safer.

“I had a close call in terms of nearly getting hit that spring when I was riding my bike a lot,” Burgess said. “Those were kind of my first efforts to reach out to the University about this.”

After wondering what to do, one of her neighbors who works with RIDOT told her to call into Gene Valicenti’s radio show on WPRO. Valicenti has a segment on Thursday where he invites Director of RIDOT Peter Alviti onto the show and takes questions regarding projects such as this one.

Burgess talked about making the entrance to campus safer for people who live in Kingston and commute on foot or by bicycle. She said that there were others who had similar concerns and experiences as her that were interested in the same.

Kenneth Burke, URI’s assistant director of capital projects, said that RIDOT ended up reaching out to URI about improving the intersection.

“There’s been kind of an open dialogue with the University about improvements on [Route] 138 that’s honestly been going on for 20 years,” Burke said. “This is overdue, and we’re very supportive of it.”

Burke said that the biggest issue in finishing the project was what URI had jurisdiction over and what belonged to the state.

According to Burke, the RIDOT also asked about additional signage and making improvements on the light poles along Upper College Road.

Burke also said that URI was looking at future projects to help make campus safer for pedestrians and bicyclists, including a reconstruction project on Upper College Road.

“It is still in design, but it’s scheduled to go out for construction bids later on this winter, and should start construction in summer of 2021,” Burke said. “That is intended to be what is called a ‘complete streets’ reconstruction project.”

A “complete streets” reconstruction project is an approach to make the street safer for all forms of transportation, and as such, Burke said that the biggest change that that project would bring would be a striped bike lane from Route 138 to Fortin Road. Additionally, the project would result in new curbing, lighting, a grass strip and a wider sidewalk.

Burgess also said she may be looking at trying to help make the campus more bike-friendly.

“I would like to see more bike lockup stations, but maybe that’s my next project,” Burgess said.

With the crosswalk button installed and new projects to improve pedestrian safety planned, Burgess is happy with the work that she did.

“I don’t know whose life is going to be saved by this button, but I honestly think someone’s is,” Burgess said.