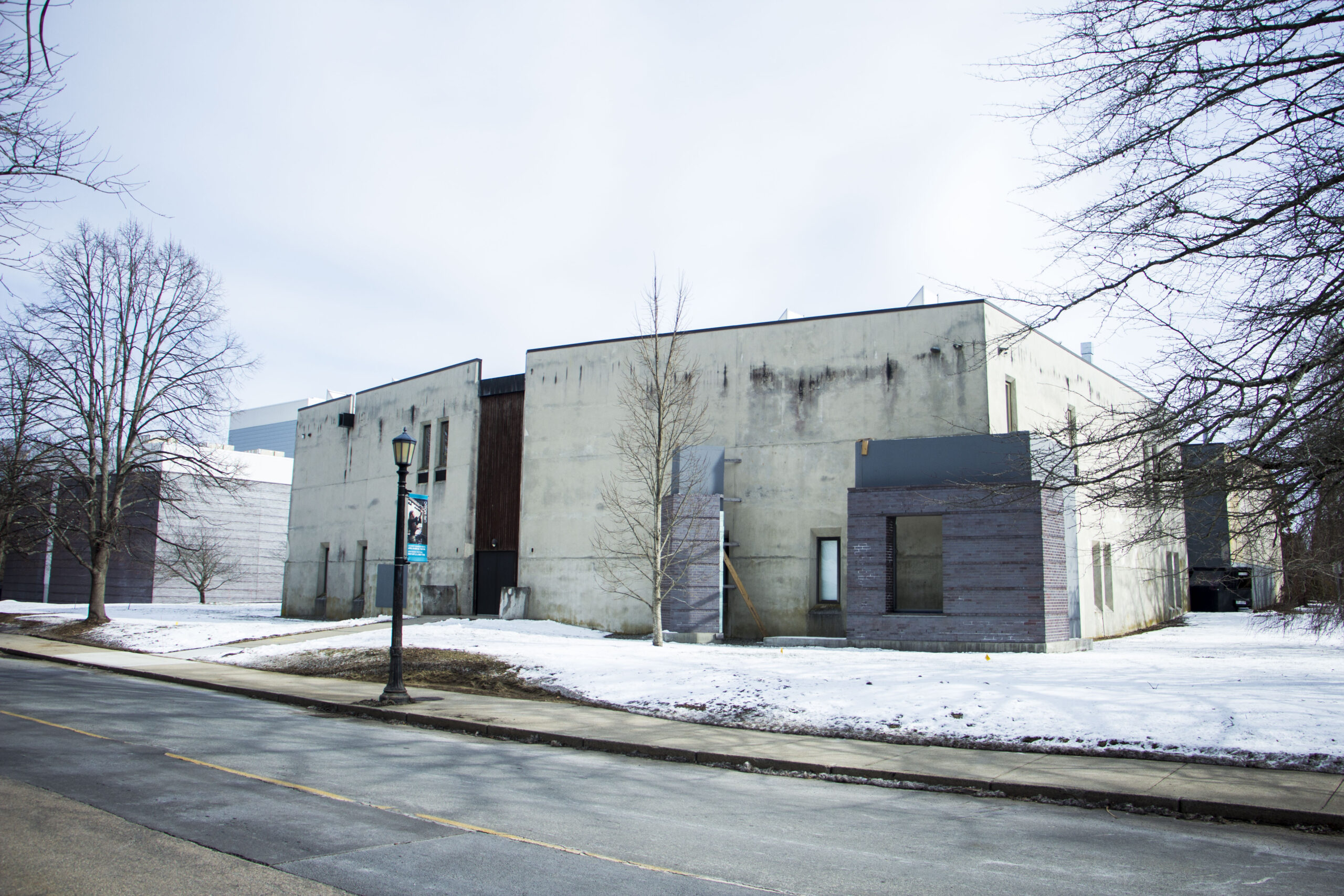 The Fine Arts Center could potentially have a $57 million renovation in the near future. Photo by Greg Clark.

The University of Rhode Island is launching a campaign to push Rhode Island voters to approve Question 1 on the special election ballot on March 2, which would make way for the continued renovations of the Fine Arts Center.

Approval of the bond would mean taking the next step in the Fine Arts renovation process that began back in 2018. The next phase, 1B, would focus on the music, art and theater pods of the building as well as improving some of the core essentials like bathrooms and walkways.

If the bond is approved in March, the next phase of renovations will be set to be finished by 2024, according to Associate Director of Campus Design Katherine Kitteredge.

“If we are approved for the money and don’t have any pauses in the project we would finish up design in the fall of 2021 and be ready for construction in the summer of 2022,” Kitteridge said. “The construction will take about two years.”

The current plan is to demolish and rebuild the lobby and then move on to rebuilding four of the eight pods.

The first phase of construction, which is now completed, focused on the areas of the Fine Arts Center that would not need to be rebuilt. The Robert E. Will Theatre and the concert hall were among the first renovations.

“We decided early on that the performance pods would be staying,” said Paul DePace, director of URI capital projects. “So those were the areas where we concentrated the improvements on the roof, the facades and the heating and air conditioning.”

There is also a strong desire among the team to upgrade and renovate the current performance spaces in regards to aesthetics in later phases of the renovations, according to Kitteridge. For now, the focus is on building new spaces.

With these renovations currently in the planning process, the University is networking with CCRI and RIC to push for approval of the bond.

“If the money does not come through this March, then we have to wait for the next vote,” said Kitteridge.

According to URI’s Executive Director of External Relations and Communications Kelly Mahoney, the University is launching a campaign for approval of the bond in partnership with the other state schools involved. The campaign currently in the planning phases of the campaign, but will include digital and radio advertising as well as reaching out to alumni.

“This is a very unusual ballot in that it’s both a special election and that it’s dedicated solely to referenda,” Mahoney said. “We do anticipate that this will probably be a very heavy mail ballot election cycle, so the good news is there’s a lot of opportunity and access for voters.”

Renovations for the Fine Arts Center are imperative for the University, not only for the students, but also for the visitors the building sees each year. In addition to housing art, music and theater courses, the building sees about 50,000 visitors each year in its performance spaces and acts as a core academic space for general education requirements.

These renovations will allow URI to keep up and compete with other schools, according to Mahoney. She said that the Fine Arts Center is one of the main buildings that almost every student will have class in at some point, so it is important that they have access to modern 21st-century facilities.

“It’s critical that Rhode Island stay competitive that we provide more modern and sophisticated facilities so that our students are prepared when they graduate to enter a workplace where they are familiar with the latest and greatest technology,” Mahoney said. “So, each of the projects in question one helps to create those environments that are going to be important for our students’ success once they graduate.”