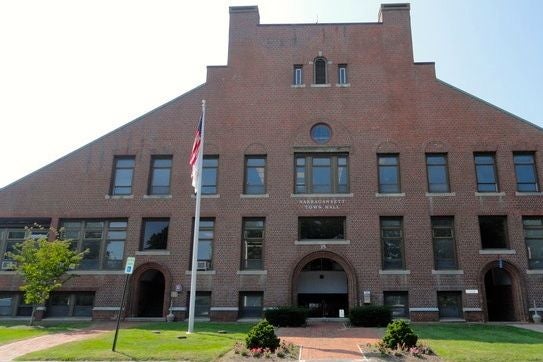 The Narragansett Town Council met on Monday to further debate the ordinance limiting 3 college renters to a house. Photo from patch.com.

The Narragansett town ordinance limiting student housing to three students per property faces an uncertain future after a town council meeting this past Monday.

Through the two-hour period allocated for the meeting, the town council debated whether to keep the ordinance at three students per property or to expand it to four.

The council was split on the decision on limiting the number of students allowed in one house.

Town council President Jesse Pugh expressed his support for keeping the ordinance at three students per property, while Councilwoman Susan Cicilline Buonanno said she supported raising the number of students in Narragansett housing to four.

The other three councilmembers – Ewa Dzwierzynski, Deborah Kopech and Patrick Murray – suggested that they would be open to either.

Proponents and opponents of the ordinance both voiced their opinions to the council, which heard arguments from citizens and landlords for a large portion of the meeting.

The majority of citizens that spoke were against the ordinance limiting students to three people, although there were a notable amount of dissenting voices.

One resident who approved of the ordinance was Lynn Morgan, who said that she felt unsafe after a large party at a rental home near her.

“These kids can’t be held responsible,” Morgan said. “Instead, hold the landlords responsible.”

Year-round resident and rental property owner Bob Lefoley said that it was unfair to group all students in this way and punish landlords who have worked with the town to avoid noise issues. He also cited an earlier ordinance from the town council, saying that that ordinance could be used as a blueprint to enforce noise complaints and crackdown on parties without restricting the number of students per property.

“It’s my belief that the town council’s time would be better served looking into what penalties are being imposed for these violations of existing ordinances, and after evaluation and if deemed necessary, increase the penalties for the existing ordinances to more appropriately act as a deterrent,” Lefoley said.

Jay Rumas, president of the University of Rhode Island’s American Civil Liberties Union (ACLU), said that limiting the number of students per household to three would necessitate more housing units in Narragansett for students and noted that URI is a part of the Narragansett community too.

“The University has been here since 1892,” Rumas said. “Much of Narragansett’s development has arguably been because of the University.”

The ACLU released a statement on the ordinance earlier that day saying, “Discriminatorily removing thousands of students because of the reckless actions of a few many years ago, and thus their support of reeling local businesses and homeowners during this pandemic-induced economic crisis would not only be highly unethical, but unwise municipal policy.”

Other organizations also gave presentations to the council about this issue, including the Narragansett 2100, a group of landlords who wish to expand the number of students allowed in a property, and the Narragansett Pier Residents Association (NPRA), who were against the increase.

Joe Lembo, a spokesperson for the Narragansett 2100, argued that having the number of students per household to three would not do anything to stop parties and that there has recently been a dramatic decrease in disturbances.

“The number of people living in a particular house really has no bearing on the number of outsiders that show up,” Lembo said.

In response, NPRA spokesperson Harold Schofield said that allowing more rentals in Narragansett would drive away families, and that the town had no responsibility to protect landlords.

“We need families,” Schofield said. “Families show a commitment to the town.”

Another point of contention was about the enforcement of the ordinance, which multiple councilmembers said was what they considered their top priority at the meeting.

“I think we have to consider a lot of things,” Kopech said. “This is a more complicated issue than just noise.”

A final decision on the ordinance will likely come soon, as Murray said he was looking at coming up with a comprehensive plan with the University in less than ten weeks.