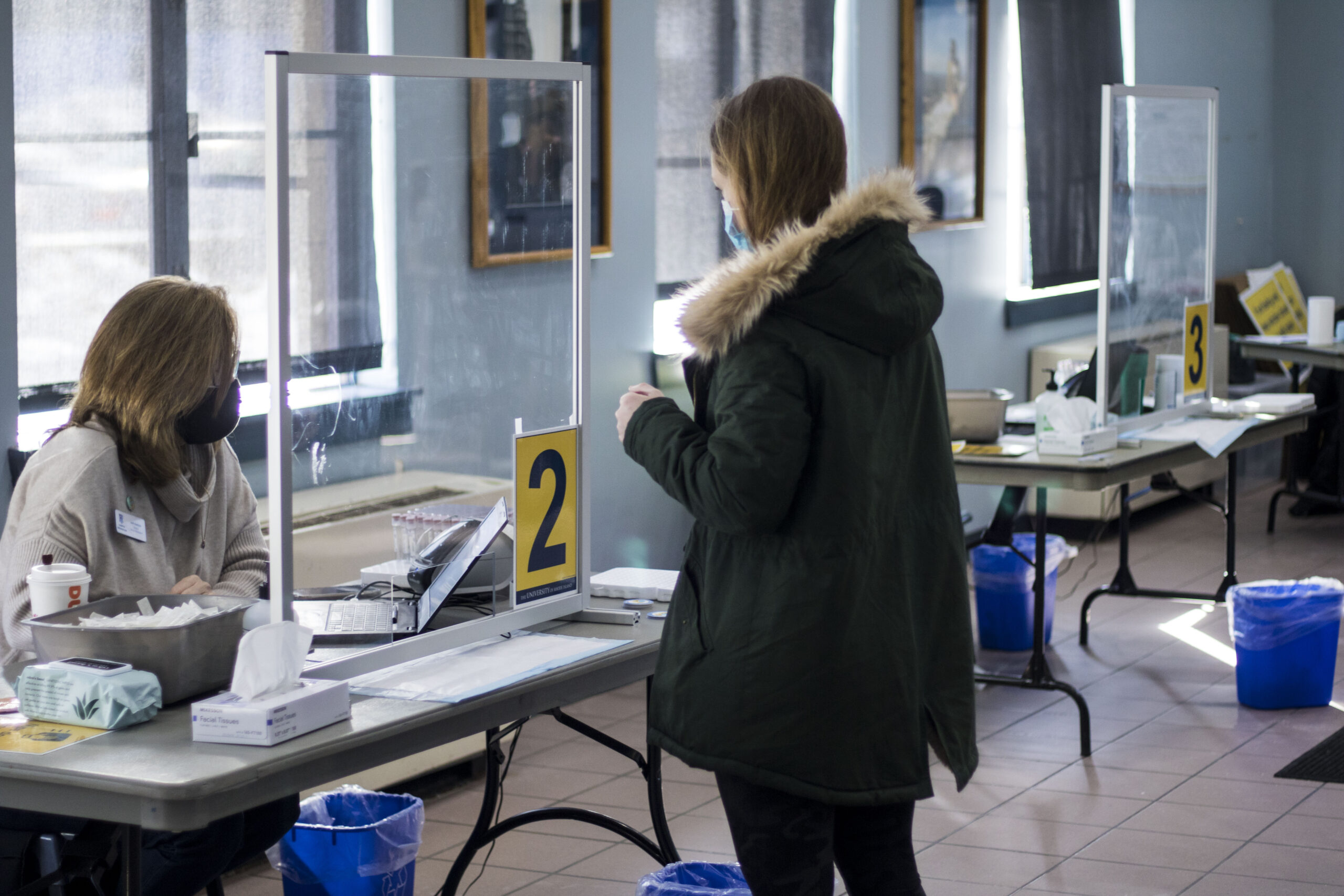 In an effort to maintain an organized system of COVID-19 testing, the University of Rhode Island recruited hundreds of volunteers from the University and surrounding community to work at the Memorial Union testing site.

Leading this operation is Wendy Bucci, the chief operating officer for the URI Foundation and Alumni Engagement.

Originally, Bucci said, the pool of volunteers was small, mainly consisting of URI faculty and staff who ran the testing site while still maintaining their personal work schedule. This group of volunteers has now expanded to include many students and community members that want to keep the campus safe. The current list of volunteers exceeds 250 people and is still growing.

Although faculty and staff are not required to volunteer, many of those who are available are picking up shifts at the testing center when they can.

A large number of volunteers are URI nursing students who can use this to fill clinical hours. Other groups that have helped with mass testing include URI’s tour guides and personnel from the Ryan Center.

To be eligible for volunteering, participants must watch a seven-minute training video, created by Marina Connor, the URI campus preparedness planner, to ensure that safety procedures are abided by.

Bucci feels lucky to have such a strong foundation of volunteers helping with these efforts.

“As people got more involved, and they brought in colleagues or people in their departments, my list of volunteers expanded to all aspects of campus,” Bucci said.

Last semester, it was more challenging to find enough willing volunteers to work at the testing sites, according to Bucci. She believes that this process has evolved due to the help of staff members and the surrounding community in both Kingston and Providence.

Shifts are based on availability, volunteers can work from 8 a.m. until noon, from noon until 4 p.m. or all day if possible, according to Bucci. Thirteen volunteers are needed each time slot for testing to run smoothly. This allows for a greeter, two line leaders, and 10 testing stations between atriums one and two in the Memorial Union.

“I would say we are becoming a well-oiled machine because at the beginning, I would take whatever hours people could give me,” Bucci said.

Above all, Bucci hopes to keep testing as painless as possible for students whose schedules might be time-sensitive. By sustaining a high volunteer rate, lines will continue to move smoothly and test results can be processed within 24 to 48 hours.

Many of the COVID-19 site supervisors originally had no affiliation with URI Health Services before helping with testing, including Maureen McCarthy, the associate athletics director of ticketing at the Ryan Center.

McCarthy has helped find and train volunteers. She believes that testing functions would not be possible without the volunteers.

“Hands down, the URI community, and even people outside of the community have been amazing,” McCarthy said. “We get a regular crew of people who have daily jobs, but they take a day or two to come help, and while it’s a challenge, it’s also been a triumph.”

Lavallee echoed McCarthy in expressing that the volunteer efforts at URI have been appreciated not only by other staff members but by the student body as well.

“Overwhelmingly, the positive has been that students really feel valued and taken care of, and that they are very pleased with how quickly they can get in and out and how nice all the people are,” he said.

The University hopes to maintain its procedures of testing nearly 2,000 students per day, and testing methods will remain the same unless challenges arise in the future.

Bucci, McCarthy and Lavalle all attribute the success of COVID-19 testing to the hardworking volunteers who continue to exhibit professionalism and efficiency. Bucci is welcome to new volunteers and encourages anyone interested to contact her.