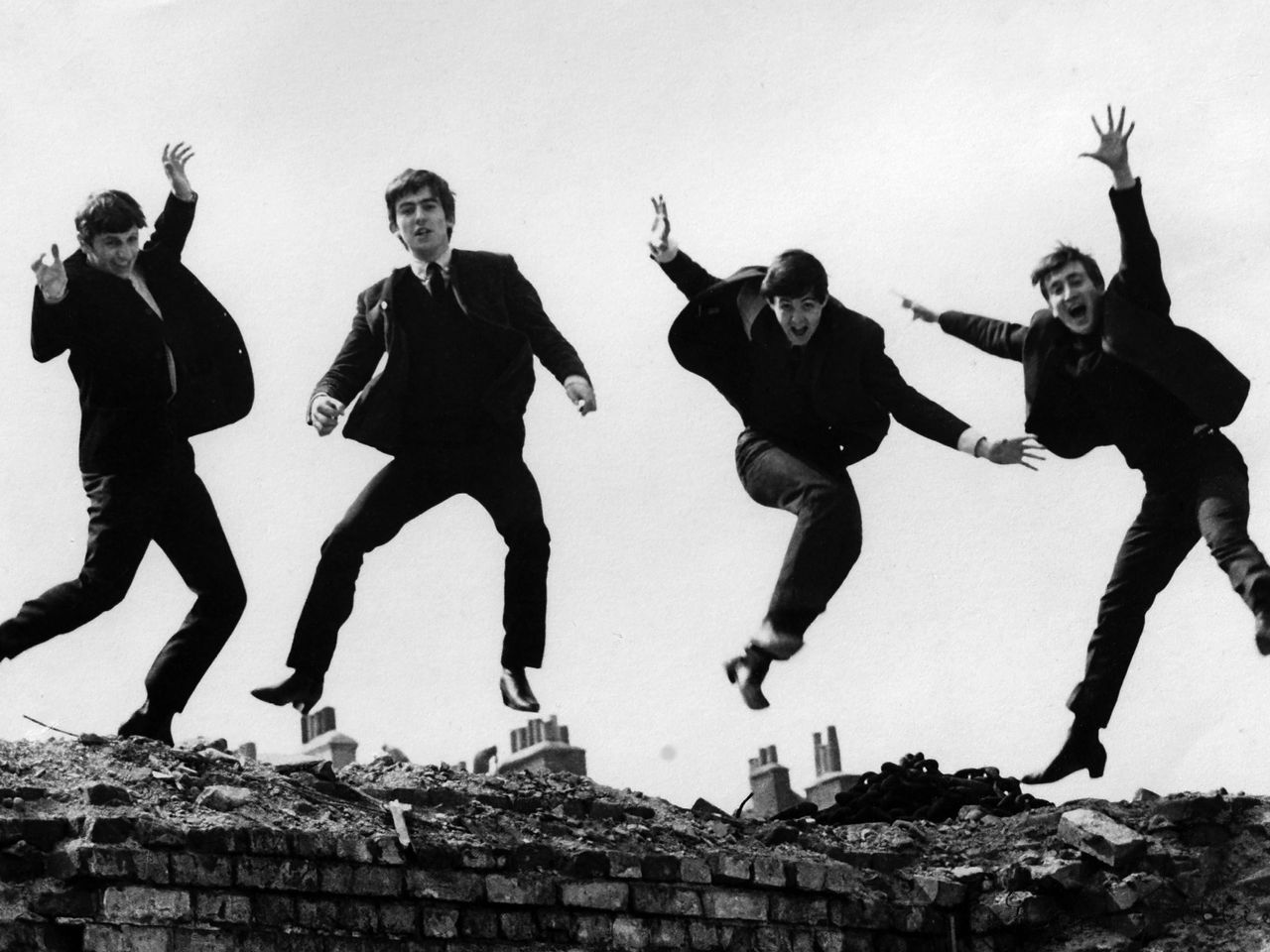 The Beatles are largely considered to be the greatest musical group of all time, but how do their albums rank against one another? Photo from wsj.com.

Since the Sinatras and Crosbys were replaced by the Presleys and Berrys in the 1950s, rock and roll has been the benchmark of all modern music. And in the 60 years of its dominance in numerous forms, no band has had more acclaim, success and lore around it then the Beatles. The only band in which all members had been inducted into the Rock and Roll Hall of Fame as both band members and solo artists, The Beatles are often ranked amongst the greatest musicians of all time.

In the course of seven years, the Fab Four released 13 studio albums, along with many solo singles. But which ones are the best? Which stand out today and which have aged the worst? Today, I will examine the 13 studio albums of the Beatles and rank them from worst to best. Please remember that these are opinions; we all have them, but these are mine.

I was shocked to see that this was considered a Beatles studio album. “Yellow Submarine” was supposed to be the third and final movie in a deal with United Artist, and it is a lovely piece of work that should be watched by everyone in the world; the soundtrack is not as good. The problem is that it is less of a Beatles Album than just a bunch of songs and some scores from the film. They are all fine — “All Together Now” being a noted standout — but two of the songs were from previous albums, and seven of them are George Martin instrumentals. It is a fine album, but does not feel like a true Beatles album.

This was the Beatles fourth album in the first two years of “Beatlemania” and is the worst of the four. With only eight original songs, they rely on covers of the songs of rock gods like Carl Perkins and Chuck Berry. They’re fine, but the Beatles have better covers. It is remembered for the melancholy tone of songs like “Baby’s In Black” and “I’m a Loser,” and features the iconic hit “Eight Days a Week,” showing that Ringo Starr could have had a solid country career. But outside of that, I’d need eight days a week to care much about this album.

The last album. It had a nice little documentary with the rooftop concert and everything. It is good for what it is, but feels unfinished. Produced by legendary producer and awful human being Phil Spector, there was tension between the group and himself. He went out of his way to make it a “wall of sound” album rather than the traditional blues-rock album they had hoped for. However, songs like “Get Back” with the always underrated Billy Preston are gems and the title track is a classic as well. There are still two songs less than a minute long though and a sense that it could have been much better.

This album has some of the Beatles great early hits, with “All My Loving,” the first song they played on “The Ed Sullivan Show,” being the clear standout. But, it lacks a true personality of their other albums. Six of the 14 songs are covers, and one of the songs written by the group was already recorded by the Rolling Stones. This leaves for lack of room for the Beatles to show any sort of personality outside of being British and liking Motown.

Again, I was shocked that this was a studio album. More of an EP for “Sgt. Pepper’s Lonely Hearts Club Band,” as well as a soundtrack for a TV movie famous for adding a lot of new elements to the Beatles image, such as bad. It is a mix of hits not released on albums like “Hello, Goodbye,” a personal favorite, and “All You Need is Love.” It also has “I Am the Walrus” and “The Fool on the Hill.” It is more of a greatest hits than a true album, but has its own over the top charm.

Paul McCartney once said he was “doing coke for breakfast” while he made the movie that goes along with this soundtrack. The film, which is considered far worse than its predecessor or “Yellow Submarine,” has the title track, one of the best lead-in tracks of all time. It’s also one of the first times John Lennon addresses his mental health without having to add a girl into the story. And, it has “Yesterday,” reported to be the most covered song of all time, which is so good that Lennon himself had to say it was after they broke up. It uses studio elements not seen before that would dominate their later albums, and showed that they started listening to Bob Dylan, with “You’ve Got to Hide Your Love Away.” It is a great album with early indications of what the Fab Four would do.

A classic soundtrack to a classic film. All 13 songs are original, adding to the charm here. Like most old Beatles songs, they are mostly love songs, but they are so sincere and charming that you cannot help but love them. You can tell that they were having fun making this. The only downside is lack of Ringo, which is a shame because there is never enough Ringo, but it has “Can’t Buy Me Love” and “And I Love Her,” and is always worth listening to.

During the album’s recording, Ringo became the band’s new and final drummer, replacing Pete Best, who would later go on to do nothing of note. But this was the first album, and could be the greatest first album of all time. “I Saw Her Standing There” has an iconic groove. while songs like “Do You Want to Know a Secret” and “Love Me Do” are still hard to miss. It also has “Twist and Shout,” their best cover song, with a very sick Lennon trying to belt out every word at the top of his lungs. There is a lot of harmonica in this album, which might be a turn-off for some, but it still has charm and is more ambitious than the albums that followed it.

“Revolution 9” built upon the idea of the Beatles making something so awful it should never be talked about again that began with “Magical Mystery Tour.” But this album is still great. It has songs like “Helter Skelter,” which is credited as an early forerunner to heavy metal, and “Julia,” which is about how Lennon loves his mom. It has “While My Guitar Gently Weeps,” which was Harrison’s breakout hit with a legendary guitar solo by Eric Clapton, who would later on steal his wife, showing early signs of him being a terrible person as well. And Ringo got to write a song! And that is wonderful. It also has “Why Don’t We Do It in the Road?” which is great if you listen to it as a sequel to “I Want to Hold Your Hand.”

Was Billy Shears the name of the man that replaced McCartney after he died in a car accident in 1966? No, Paul did not die, and Billy Shears is a name for Ringo. So much has been said about this album that it feels redundant, but it was a huge step in music production. It is so complex and thought out that it shows why Lennon thought they were bigger than Jesus. But they literally have a circus song on here, and a whole story line with alter egos. Lucy can keep on flying as this album is a winner, even if it may not be the best album ever made.

Ringo has a drum solo. And Harrison wrote two of the greatest songs ever in “Something” and “Here Comes the Sun.” Lennon was at his most insane at this point but still wrote some of his best songs, “Come Together,” the most famous, and “I Want You,” my personal favorite. Paul, who, again, was not dead and still wrote for the band, wrote a nice nursery rhyme about a serial killer with “Maxwell’s Silver Hammer,” and put together the jam session that ended the album. It was the last album that they recorded together and maybe the most famous. Plus, it has a great melody on its second side in which all of the songs make one big song. A true classic.

This might be controversial, but this album means a lot to me. “Nowhere Man” always has been the song that meant the most to me of any Beatles song, as it always resonated with me in times of my life when I was just going through the motions. As for the rest of the album, all of the songs are very Dylan-based. “Run for Your Life” has a similar feel to “Maxwell’s Silver Hammer” in the sense that it is about a psychopath who should not be allowed in society. “Girl” and “Michelle” are very pleasant tunes, and “The Word” is a fun song. There is not one bad song here, but their next album has only great songs.

Any song here could have been a hit. It was a huge departure from anything else anyone had ever made. Brian Wilson even said it inspired the classic Beach Boys album “Pet Sounds.” The amazing mix of rock with orchestra and world music is breathtaking, and the seamless transitions from songs is amazing. “Eleanor Rigby” and “Good Day Sunshine” should not fit well on the same album, but from the first note of “Taxman” you are hooked. The Beatles stopped touring with this album and went on to expand upon the sound that they created here, but nobody has ever topped it. It is the greatest album the Beatles ever made.

The 78th Golden Globes: A lack of diversity in voters, not in winners