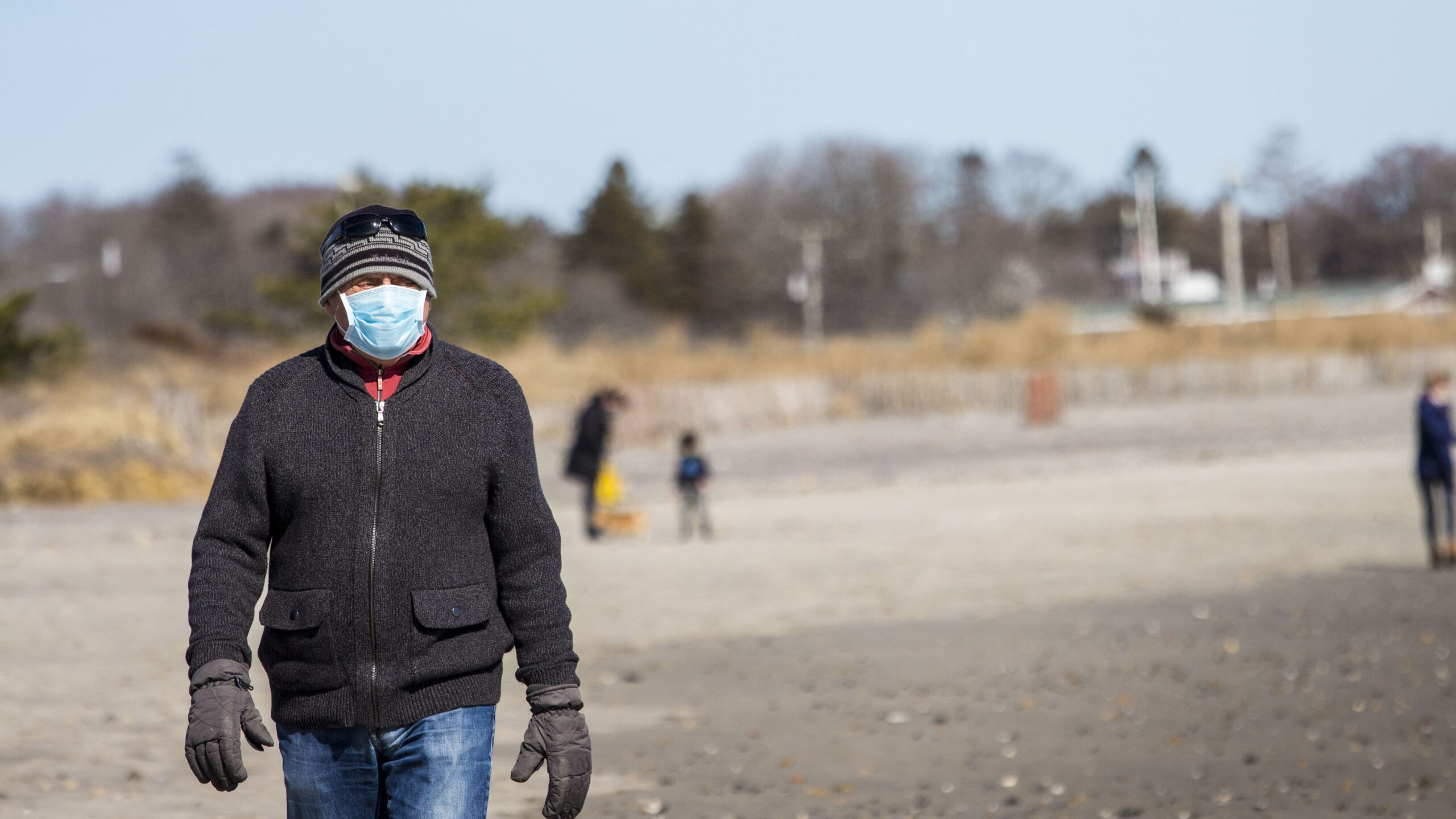 With new COVID-19 variants spreading throughout the country, the community is encouraged to continue wearing masks. Photo by James McIntosh.

With new variants of the COVID-19 virus spreading throughout the country, the University of Rhode Island has implemented biweekly testing and worked to trace cohorts of COVID-19 cases in the community.

The B.1.1.7. United Kingdom variant of the coronavirus was identified in Rhode Island Feb. 16, which Health Services Medical Director Dr. Christopher Nasin said is a cause for concern as the strain is 50 to 70 percent more contagious than the “native” strain of the COVID-19 virus.

“A lot of people at the Department of Health are worried because we’re seeing some really good trends with a decrease in positivity rate, a decrease in hospitalizations and deaths,” Nasin said. “However, now that this variant, we’ve confirmed it’s here, that could adversely affect our situation.”

This is where the double mask recommendation comes in, according to Nasin; adding a layer of protection could “theoretically” decrease the risk of contracting the virus or unknowingly spreading it if you are asymptomatic. Double masking will not be mandatory, but the University recommends adopting this practice.

Most of the COVID-19 cases that have been found on campus, according to Nasin, can be traced to a social situation. Communal living spaces such as those in Greek Life housing have seen clusters of COVID-19 cases. Nasin said this can be attributed to the communal dining areas, living spaces and restrooms.

COVID-19 cases that have been found in athletics can be traced to social interactions after games and not from the events themselves, according to Nasin, as most teams have had “a case or two.”

“There hasn’t been any major outbreaks on any one particular team,” Nasin said, “but I’d say that the majority of our NCAA teams have had cases.”

Transmission has not been seen in the classroom at URI, according to Nasin, as social distancing practices have been implemented this academic year.

Within the URI community, contact tracing has found that transmissions tend to occur during social interactions between households and carpooling, according to Nasin.

The contact tracing team at URI works 24-hours a day, seven days a week to keep track and prevent spread of the virus.

On average, Nasin said there are six to eight tracers a day working on this. The core of this team are registered nurses with some nursing students helping to keep spread under control.

“For every single positive test, [the contact tracing team is] calling that student, they’re figuring out who they’re around,” Nasin said. “They’re calling a close contact; they’re quarantining the contacts; I mean, it’s a never ending battle – but that’s the only way that we can manage and prevent spread.”

The effort to quarantine these student contacts in the on and off campus locations is a collaborative effort between the University’s department of Housing and Residential Life and the contact tracing team, according to Director of Health Services and Vice President for Student Affairs Ellen Reynolds.

Fifty percent of the student population is being tested every week at the University since the implementation of mandatory biweekly testing, according to Nasin.

Student demographics that get tested on a more frequent, weekly basis include nursing students participating in patient-facing clinical rotations and student-athletes, according to Reynolds. Those in a Greek Life housing situation where a student tested positive will oftentimes be required to get tested that week

In occasions where a student in a Greek Life housing situation tests positive, Reynolds said that the entire house will oftentimes be required to test again in response to this.

“There is no barrier to testing,” Reynolds said. “We have some students who feel most comfortable testing once a week and that’s okay as well; there [are] no checks and balances for those testing more frequently. The concern we have is those students who are coming onto campus and not testing at all.”

To keep track of biweekly testing at the University, Nasin said institutional research is being conducted to hold students to their testing dates. For those identified as non-compliant when they do not have an exemption are being referred to conduct, according to Nasin.

However, there is an “exempted cohort” of students who don’t have to participate in the biweekly testing which includes students who had COVID-19 in the last 90 days or have a medical problem where they are unable to get to campus for testing.

“I can tell you that whenever I’m up there, I see faculty and staff for sure,” Nasin said of faculty getting tested for COVID-19. “And I know for a fact that [the tests] are getting done.”

On Feb. 16, the University hit 100,000 COVID-19 tests performed which Nasin said he believes is a milestone that URI was the first institution of higher education to reach within the state.

With COVID-19 fatigue in the community prevalent, Nasin reminded the community that it is important to continue to wash your hands, wear your mask and practice social distancing.