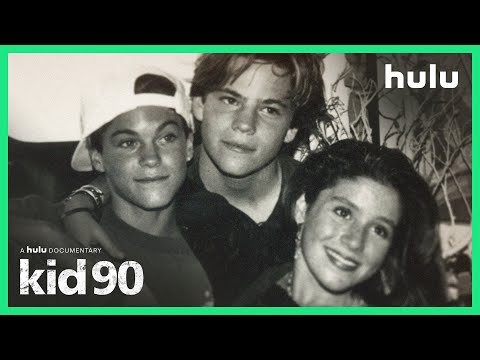 A look into the life of a 1990’s child star. Photo from aceshowbiz.com.

Anemoia. Noun. Nostalgia for a time you’ve never known. This is what I searched on Google about an hour into the Hulu documentary “Kid 90.”

I was born in 2000. I’m not a “90s kid.” I’ve never seen an episode of “Punky Brewster,” or even heard the name Soleil Moon Frye until I was bombarded with commercials for its recent Peacock reboot. Yet, I still took 70 minutes of my time to watch her new documentary centering around young Hollywood stars like Leonardo DiCaprio, Mario Lopez, Brian Austin Green, David Arquette, herself and many more growing up in the 1990s through footage, audio tapes and diary entries she captured as a teenager.

Soleil Moon Frye played the titular role in “Punky Brewster,” which premiered in 1984, from ages 8 to 12. However, the documentary focuses mainly on the period directly after the show ended through her time in New York attending the New School in the late 1990s. In both the old footage she shares and the interviews she gives and conducts throughout, Frye is incredibly raw and honest about her experiences, ranging from dreamlike and carefree to depressing and traumatic.

Not long after “Punky Brewster,” Frye’s roles shifted from her playing a spunky young kid with quotable catch phrases to those that highlighted her new, more adult-looking figure, specifically her breasts. During puberty, Frye developed a rare condition called gigantomastia, which is characterized by excessive overgrowth of breast tissue. Physically, she was suffering from back pain, but emotionally and mentally, she was struggling with the way she was being perceived. She recalled being the constant butt of the joke as “Punky Boobster,” and at 16 made the decision to undergo breast reduction surgery in hopes of being taken more seriously. However, that wasn’t the outcome, and she just started to feel more lost.

Her inner turmoil was shown through solo talks into her video camera as a teenager and angsty diary entries. Frye never shied away from documenting the hard stuff as well, displaying such vulnerability that watching sometimes felt invasive and uncomfortable.

Still, there was tons of enjoyable footage of her and other child stars at different amusement parks and house parties. Frye shared some endearing, yet somewhat-embarrassing diary entries about all of the crushes she had and how she was the “kissing queen” of her group, with dozens of voicemails left from different heartthrobs played throughout. Yet there was the looming presence of the darkness that was surrounding them; the pressures of being not just a teenager trying to fit in, but in the public eye as well.

“This is an adult business,” Mark-Paul Gossselaar, who made a name for himself on “Saved By the Bell” said. He admitted that he’d never allow his children to act because he doesn’t feel like the business is a place for them.

All of this becomes more and more clear as we watch footage of friends that have since passed, mainly victims of suicide. One of her best friends was Jonathan Brandis, who entered stardom through “The NeverEnding Story II: The Next Chapter” and his role in the miniseries “It” based on the Stephen King novel. Brandis committed suicide in 2003, passing away at 27. A chilling recording voicemail he left her that she now recognizes as a cry for help was particularly hard to listen to.

In 1995, the coming-of-age drama exploitation film “Kids” was released, starring Chloë Sevingny, Rosario Dawson, Justin Pierce and Harold Hunter, the latter two were primarily skaters. Upon moving to New York, Frye became close with Pierce and Hunter, and they quickly became two of her closest friends. Pierce would go on to commit suicide at 25 and Hunter would die of a cocaine-induced heart attack at 31.

“There was a few years stretch in there where it seemed like I was losing a friend every week,” Frye said. “I had so much guilt that I didn’t know I had until I started watching the tapes back, until I started piecing this together.”
Like the footage, the film itself ended up being a little all over the place. At some points, it felt like I was just watching home videos of someone I’d never known before that maybe were a little too personal at times to share. At others, I was playing “spot the 1990s celebrity.” Then there were the moments where it felt like a commentary on what it was like to grow up during that time, especially in the spotlight.

It ended up concluding with a nice message wrapped up in the final minutes about self-love and loving others before it’s too late.

“I didn’t know what true self-love was until this process,” Frye said. “Now that I see it, to have not seen it makes you wonder how many other people are walking around the world feeling so unloved. I don’t think I realized that not only did I love people, but I was loved.”

The best documentaries about our planet to watch this Earth Day

Live theatre will return, it’s just a matter of when