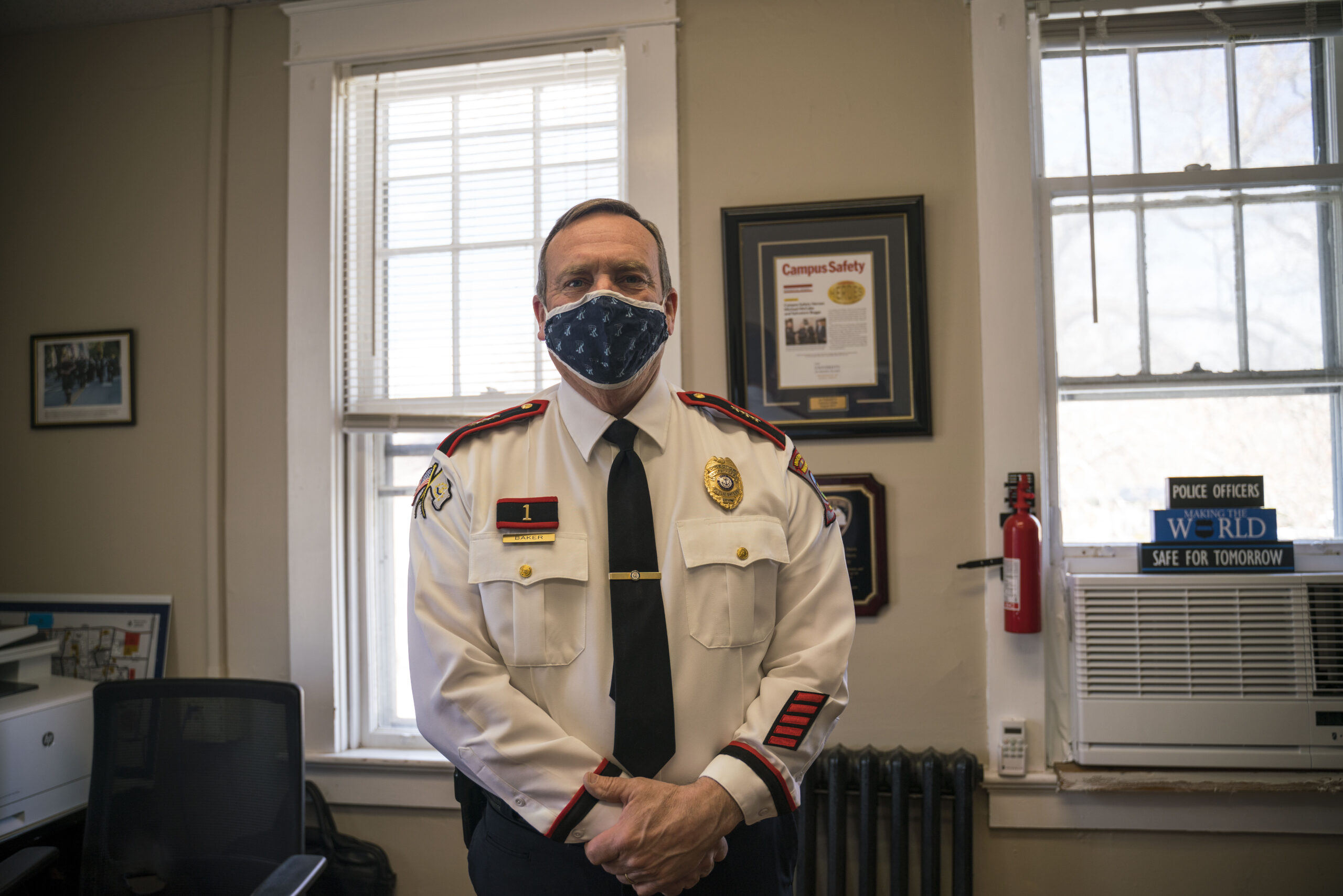 Successor to be selected in May

Stephen Baker, chief of university police, will be retiring after the better part of two decades at URI. Photo by Ethan Pellegrino.

The University of Rhode Island’s Chief of Police has announced he will retire on June 18 after a 42-year career, 16 of which he spent at URI.

The University has begun the search for Stephen Baker’s successor and is already receiving applications, according to URI’s Assistant Director of Communications Dave Lavallee. A candidate is expected to be selected in May.

Looking back on his career, Baker said he has had many defining moments, both good and bad.

One that sticks out to him more than any other was a tragic incident during Spring Break in 2006 when three students drowned near the Bay Campus. Baker had only been chief for about a year at this point.

Another major incident was an active shooter threat in April 2013. While the threat turned out to be just a scare, it led the department to reflect on what had and had not worked with their response.

It also raised the question of whether the University should arm campus police. After a year-long discussion, President David Dooley approved the change to arm the police.

“I feel the sense of accomplishment for getting that done in that timeframe,” Baker said. “It was a very busy, busy year, but we got it done, and I can say that I feel that the campus is a safer place today because our officers are well trained to respond to any type of situation, including an active shooter.”

Lavallee has worked closely with Baker throughout his career at URI and praised him for his work in streamlining the communications and collaboration between the police department and the rest of the public safety department.

“I will tell you that the professional strides made by the whole division, public safety as a whole and the police department, have been just outstanding,” Lavallee said. “[Baker] talks about transparency, and that’s really important in public safety in terms of credibility with the people you serve.”

Baker hopes that his future successor is “very transparent,” “very available,” a willing delegator and takes part in the various committees that the University police have become a part of during his time.

Lavallee said he hopes the new chief he will work with will see through the continuation of the progress that the department has already made. Ideally, he said, it should be someone who “really likes and enjoys working with young people, with outstanding scientists and faculty members and administrators who really have a lot to offer.”

Baker said he is looking forward to retirement, where he will spend more time with his growing family, personal projects and visiting his second home in Vermont more often.

Baker’s last word to students is to be grateful for their opportunity to study at URI.

“Everyone should consider how fortunate they are to be at a place like this,” he said. “It’s a beautiful location. People are working to make this a better place all the time.”