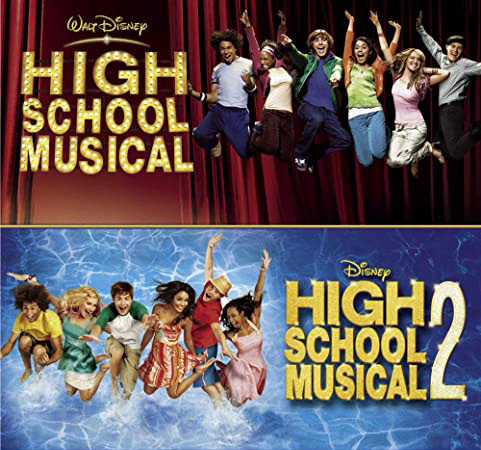 Sequels. They either improve on what was already there, like “Spiderman 2”, or they make us wish the original hadn’t even been made, like “Amazing Spiderman 2”. The sequel at hand: “High School Musical 2”. Photo from amazon.com.

It’s always exciting when your favorite movie comes out with a sequel. While they’re very hit or miss, these are the movie series where I believe the sequel is better than the original.

As a member of Gen Z, I grew up with the “High School Musical” movies. I love (and can quote every word of) all three of them; however, I think that the second movie is better than the original.

The first movie introduces us to the East High gang and all the great things about them. It has great songs, like “Bop to the Top” and “The Start of Something New,” we get to watch Troy and Gabriella’s love blossom and learn about the antics of Sharpay and Ryan. However, it’s in the second movie where I feel the plot really thickens and there’s more character development.

In “High School Musical 2,” the plot is overall better than the first movie. You get to watch as Sharpay tries to get Gabriella fired from the country club, all while trying to steal Troy away from all of his friends. Meanwhile, Troy gets jealous of how close Ryan and Gabriella are getting. It’s this whole love-triangle drama that adds spice to the movie that the first one just didn’t have.

You also get to watch more characters interact and form bonds. In the “I Don’t Dance” scene, we get to watch Chad and Ryan together in ways we hadn’t before. We also get more character development of Kelsey, who went from just being the pianist in the first movie to one of their real friends in the second.

And, of course, the soundtrack is way better than the first one. “Bet on It,” “You are the Music in Me,” “I Don’t Dance” and, of course, “Humahumanukanukaapua’a” are absolute bops. If I had to listen to one of the soundtracks in the car, I would definitely choose “High School Musical 2.”

I love a good prequel, and this series did not fail to deliver. Getting to see the relationships of young Donna and the dads that we know and love was incredible, and the backstories were written way better than I could’ve ever imagined. The casting for this movie was also impeccable. Not only were all of the dads’ younger counterparts attractive, but they actually resemble them as well. The casting of Lily James for young Donna could not have been done better — she perfectly captured Meryl Streep’s energy in the first movie.

Again, you can’t talk about a musical without talking about it’s soundtrack. ABBA songs slap all the time, but the ones in “Mamma Mia! Here We Go Again” are some of my all time favorites. Hits like “Angel Eyes,” “Kisses of Fire,” “When I Kissed the Teacher” and “Waterloo” have my family literally dancing on the tables in our house when we watch.

Another thing that makes the second “Mamma Mia!” better than the original is the emotional appeal. You learn early on in the movie that Meryl Streep’s character had died, which had me and my friends crying literally two minutes into the movie when we saw it in theaters. It’s almost as if the entire second movie is a tribute to Donna, as it tells her life story, which makes you appreciate the first one even more.

So, unpopular or not, I will continue to stand by my opinion that, sometimes, the sequel is better than the original. The sequel often adds more to the series and the characters that makes you appreciate them even more than you already did.