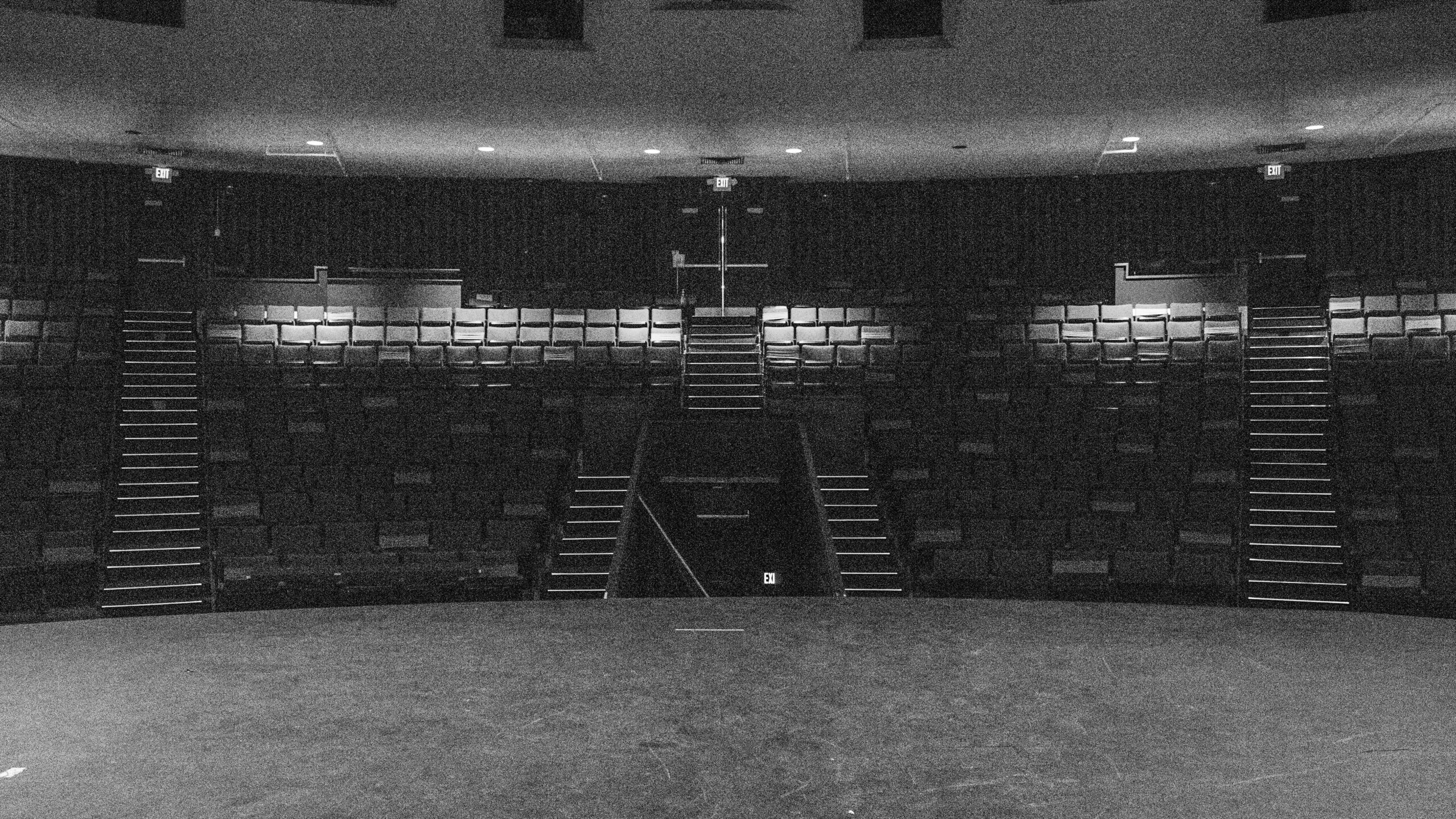 URI Theatre continues to endure and will soon be taking on an Oscar Wilde play … on Zoom with “The Importance of Being Earnest in a Pandemic.” Photo by James McIntosh.

The COVID-19 pandemic has forced theatres to close their doors for over a year, but theatre students at the University of Rhode Island have not been deterred, taking innovative approaches to continue their education and passion for live theatre.

Last semester, URI theatre students put on radio plays, and this semester they held the filming of their first in-person production in over a year. Now, the department is working on their second show this semester, but with a big twist: it’s all performed over Zoom.

According to Molly O’Connor, a junior public relations and theatre double major and the stage manager for the production, it has been a learning experience for everyone involved. She said that, at first, it was difficult to get the actors to engage and be open over Zoom like they would be in person, but with some work, they were able to fix this.

“Through the process, it’s been getting a lot more comfortable and a lot easier,” O’Connor said. “Our director has been pretty supportive of people staying [unmuted], because when you stay on mute, you don’t know if it’s, like, really worth a comment, like, ‘unmute yourself to explain something’. But having it be a rule that everyone should stay unmuted, it helps to have people just say what comes to mind and interact more normally.”

That has not been the only problem that O’Connor has faced in this production so far. The actors and crew have also been on a shorter timeline than they are used to. According to O’Connor, the show was only cast two weeks ago and the final recording of the play is only two weeks away.

She said that, especially with an Oscar Wilde play, which often takes more effort from actors in learning the dialect, this short timeframe has made it an intense process for her.

Emma Becker, a senior theatre major with a minor in education, said that practicing over Zoom has been a learning experience.

“It’s definitely weird to be in rehearsals from your house,” Becker said. “So you know, if my call is 5:30, I’m walking into my little office at 5:15 and sitting down in front of my Zoom screen, which can feel kind of surreal. In a technical sense, it’s different cause you’re at your house you know like, ‘okay, what do I need to wear to be ready to act today and how do I warm up in my apartment with my downstairs neighbor?’”

While actors have had to do a lot of adapting to the new medium, the crew for the play has also had to make significant changes. According to Lizzy Klebart, the production manager, everything from the background to costumes to programs has had to be adjusted for the Zoom format.

Instead of creating a physical set for this show, the crew will be designing digital backgrounds that will be displayed on greenscreens behind the actors.

“I think adapting it to Zoom has kind of lent itself for a lot of new interesting virtual elements,” Klebart said. “[Our set designer and the director] spoke about what the best way would be to present the backgrounds, and they came to the decision to do virtual backgrounds. So that gives us the opportunity to really find spaces that we think will fit the show really well and I think it also gives us a really wide variety too because we don’t have to build them all.”

Klebart herself has had to take time to adapt to communicating digitally with those that she is managing, as she “likes to be in person in meetings and in touch base with people in person,” making it a challenge at first.

While this has been a hard process, O’Connor said that working on this play has made her more confident and comfortable as a theatre manager and said that she believes others have had a similar experience.

“I’ve seen the work that has gone into this production and it has been really remarkable from every aspect,” she said. “The faculty and the staff, the entire cast and the designers. And it’s really a very funny show and I think the way we’re doing it is so unique and so unlike something we’ve done before. It’s going to be something really special.”The release date has yet to be announced, but to stay up-to-date on “The Importance of Being Earnest in a Pandemic” and all things URI theatre, follow their Instagram @uritheatre.