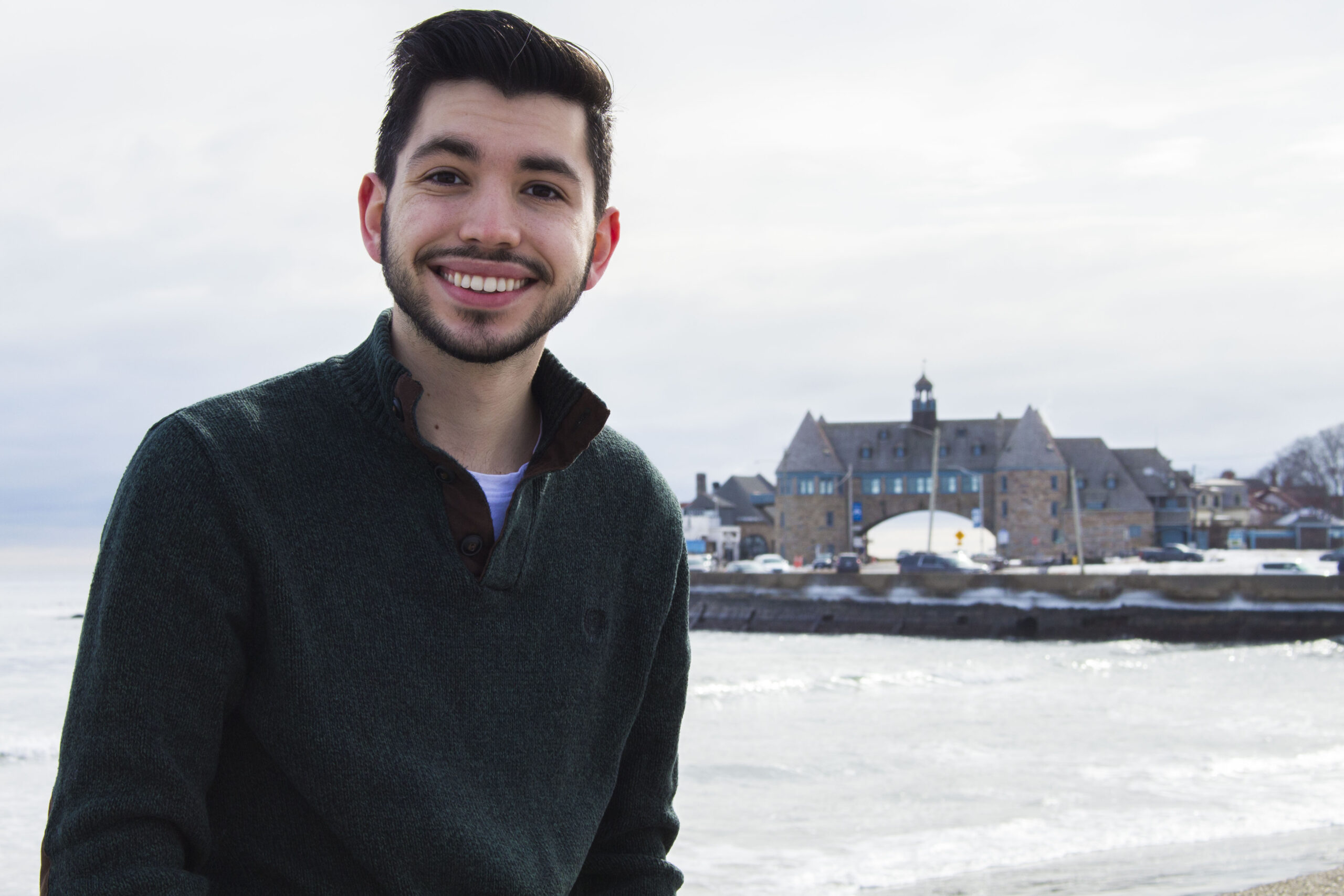 Evan McAlice, after writing dozens of articles and serving as the first social media coordinator in the Cigar’s 50-year history, is graduating from both the paper and the University. Photo by James McIntosh.

When I walked into my first Cigar meeting in September of my sophomore year, I was so overwhelmed that I left before it ended.

Perhaps walking straight into this editorial minefield on the first day was not the wisest decision, but I (naively) didn’t know they were just gonna throw stories at us right off the bat.

After a particularly rough freshman year that left me wondering why I even went back to the University of Rhode Island in the first place, I decided to give the Cigar a shot. I figured that I needed to meet more people and immerse myself in the URI community to fully enjoy it. Plus, it would be a nice resume booster, since I did just switch to the writing and rhetoric major the semester before. But after that one meeting, I knew I couldn’t hack it. Maybe it just wasn’t for me.

Fast forward to the next semester and I unknowingly befriended two people that changed the course of my URI journey: Ian Weiner, the then editor-in-chief of the Cigar, and Theresa Brown, the then managing editor and future editor-in-chief. They both tried to convince me to join the Cigar for weeks to no avail. That was until I met Siobhan Richards, the Cigar’s public relations director, at a Career Fair. She told me that she was looking for a social media assistant for the next semester, and I responded with an emphatic “Why not?”

A few weeks later, I went to my first production meeting. It was late-night chaos-fueled madness, headlined by across-the-room yelling, the mysterious case of a vanishing cup of ranch and many Canva-related meltdowns. It was one of the most fun nights I ever had at URI.

Being a part of the Cigar allowed me to branch out and try things I would have never thought possible, especially for someone with no experience in journalism. I wrote stories, mostly starting with boring event coverage and low-effort album reviews, but soon I had developed enough skill to write about more serious topics.

Ian approached me about becoming the anchor for the revamped Five Cent Cigar Newscast, which I happily agreed to. Being in the new broadcast studio every Wednesday morning surrounded by such amazing people is a memory I will always carry with me.

Then, the pandemic hit. I was sidelined temporarily, but a lot changed for me after we began resuming operations. My title was renamed to social media coordinator, I started to get more fluent in Canva and I learned how to edit video packages. All things considered, if it weren’t for this pandemic, I’m not sure I would have grown so much within the organization in such a short amount of time.

And while I wish I could have ended my time with the Cigar in the office that started it all, I will still carry the memories and friendships I have created through this organization for the rest of my life. We wrote together, laughed together, argued about hot dogs being sandwiches together and some of us even lived together. I wouldn’t trade those experiences in for the world.

To Kate LeBlanc, Nicole Wagner, Jason Phillips, Adam Zangari, Kayla Laguerre-Lewis, Will Pipicelli, Imani Fleming, Aniekan Okon and Leah Popovic: you are all doing incredible work. Thank you all for making the Cigar so incredible during such a difficult time to be a print newspaper.

I walked into the Cigar office for the first time as a scared little sophomore with no friends, scared out of my mind and uncertain of my future at URI. I wish I could go back and tell him that everything would have turned out fine. This office would become a second home on campus. The people here will become your second family. You will grow so much as both a writer and a person.

He probably wouldn’t believe me.

Letter from the Editor: It’s good to be back

Who Cares? I Do: LGBTCIA

Opinion: Pride is not a commodity