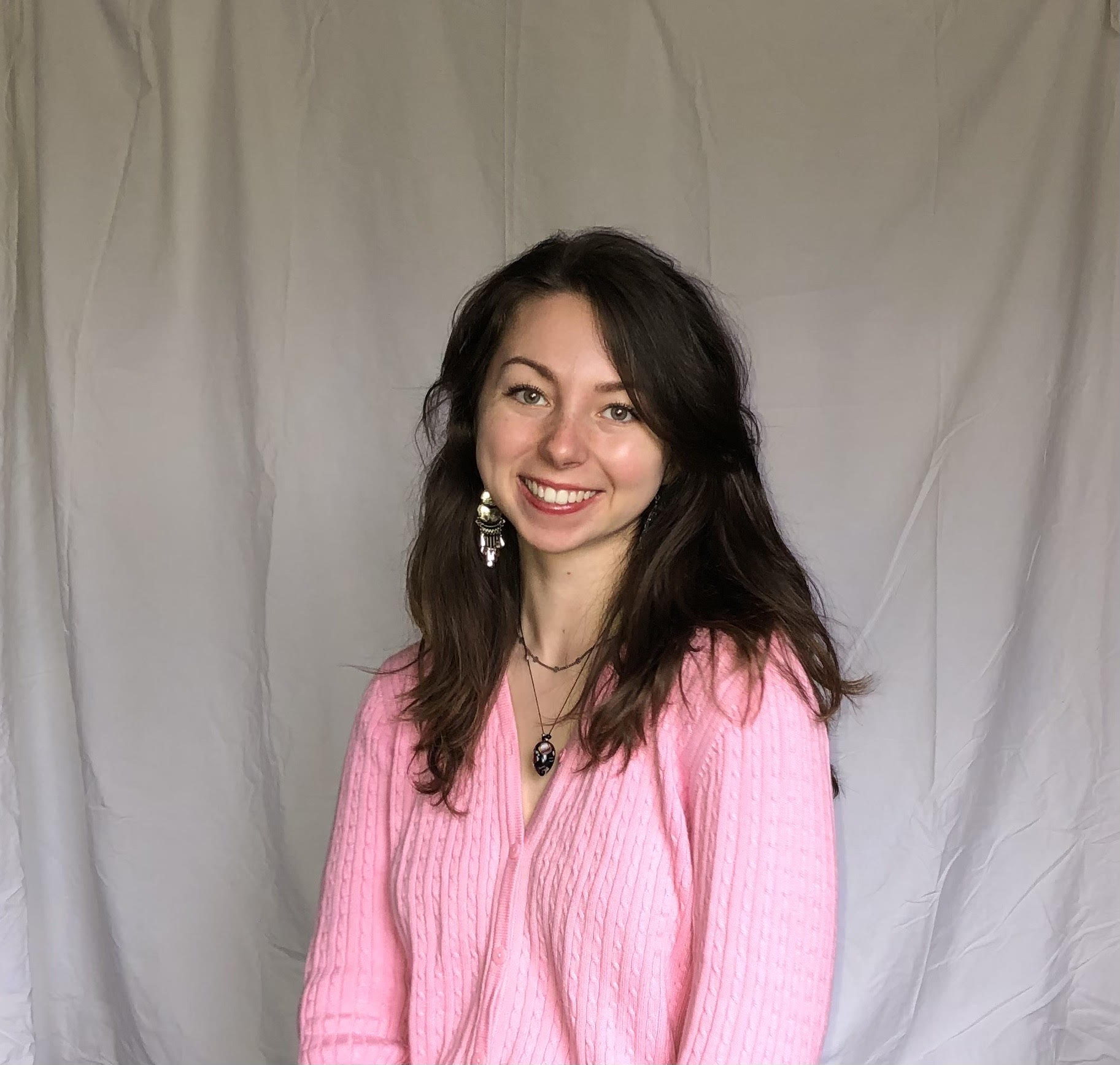 After six semesters, a truly ludicrous number of articles, think six in one week, and pioneering her own “Ask Abbie” column, Abbie Judson will now be looking forward to graduation. Photo contributed by Abbie Judson.

Good morning my sweet tree buds. I hope you all are bursting out of your leafy cocoons after hibernating the past few months from the wintery weather and are gearing up for the most important day of the year, AKA April 22, Earth Day!

I am imagining the day now. Instagram’s feed is full of beautiful photo sets of nature; a raw kale salad tastes good, like a crisp, watery wedge of iceberg lettuce for the first time ever; and a teenage squirrel’s brain waves provides the information that they are kind and loving animals after all.

Whatever Earth Day brings to you this year, I hope you feel the warm crust of the Earth encircling you in a healing hug and for the 77.3 percent illuminated waxing gibbous moon to provide you with clarity. By the way, do you know what moon phase you were born on? No pressure, but you should look it up.

As I am sure you have noticed, I am horrible at segways. So, in my traditional fashion, speaking of moon phases, I need to get nostalgic for a quick second.

With this being the last issue of the Good Five Cent Cigar for the semester, and as I will be graduating in a few weeks, my time has come to say farewell. Cue “My Heart Will Go On – Love Theme from ‘Titanic’” by Céline Dion and James Horner.

Being a part of the Good Five Cent Cigar over the past six semesters has defined much of my college experience. I never thought it would be like this after I attended one meeting in the first weeks of my freshman year and left halfway through for one reason or another.

Fast forward to the fall semester of my sophomore year. It was October 2018, on what was most likely a rainy day, since it rained every Tuesday and Thursday that year. I distinctly remember leaning across the computer lab table in Ranger Hall to ask Ian Weiner, then-editor-in-chief, about when the next Cigar meeting was.

Maybe in the back of my mind I heard the voices of those older and wiser telling me to get involved, or maybe I was inspired by professor Jason Jaacks’s multimedia reporting class and realized that if I wanted to be him, then I had to get moving.

I think we can all guess which reason it was, but either way, joining the Cigar was one of the best choices I made during college, and I cannot thank everyone who helped me along the way enough.

The former editor-in-chief Ian Weiner guided me through the first year-and-a-half as I transitioned from a contributing reporter into a staff reporter. Theresa Brown, who served as the editor-in-chief last year continued the hype and gave me so much encouragement with stories, eventually being the spearhead for this column, Ask Abbie.

I cannot forget to thank Editor-In-Chief Kate LeBlanc, who has continuously led with an inspiring amount of kindness and persistence; not to mention the many others, Nicole Wagner, Kayla Laguerre-Lewis, Jason Phillips, Laura Weick, Kayla Michaud, Andy Main, Mary Lind and the many more who have stayed so patient and supportive, and whom I have grown so much with over the past three years.

Thank you to everyone who has stuck with my antics and melodramatic internal monologues. You’ve been with me through my multiple identity crises, including the ones I had about eating iceberg lettuce or the (multiple) times I thought I was psychic.

We’ve been through happy moments, such as when a fellow student found me on Facebook and messaged me how much she enjoyed my “Things to do on a Friday night” article, in which I talked about sprinkling oats in your friends’ ears, and we’ve been through the humbling moments such as when I interviewed an artist and professor on his art installation which resulted in us both crying together in the Fine Arts Center.

Despite the moments of questioning what I was doing as I wrote six articles in one week, I know it was all worth it. Whether this is the first article of mine that you’ve ever read or the 121st, I believe that if fate took your eyeballs and dropped them on these very words, then we’re stuck together for life.

Sorry I don’t make the rules, I just relay them! I wish everyone endless amounts of success and happiness in the times to come. Hugs and kisses!

The wheel is turning now