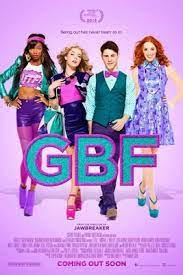 Pride month is a time to celebrate LGBTQIA+ people; real and fictional. While there has been an increasing amount of representation both on-screen and off-screen in recent years, many LGBTQIA+ characters and storylines have fallen into tropes ranging from “please get this off of my screen, this is setting gay rights back another 50 years” to “stereotypical, but here for it!”

So, here’s my definitive and totally-not-objective ranking of the worst and best LGBTQIA+ tropes.

I know I just said that this wasn’t objective, but if you don’t find this to be the worst trope, something’s wrong. This trope and its now-infamous name reached unfortunate popularity in 2016 when a queer character named Lexa was killed off in “The 100” right when it seemed like fans were getting their “Clexa” (Clarke and Lexa) endgame. In the following months, Denise on “The Walking Dead” and Root on “Person of Interest” were also killed off in their respective shows. These deaths sparked such controversy that an annual women-loving-women fan convention was made in Lexa’s honor titled “Clexacon.” However, this trope didn’t begin in 2016. Another famous example comes from “Buffy The Vampire Slayer.” Tara and Willow were one of the first same-sex female couples on mainstream television, but Tara was killed off similarly to Lexa during the show’s sixth season in 2002. All this trope does is dangle happiness in front of characters and fans from discriminated against communities just to subsequently snatch it away from them when they breathe a sigh of relief at achieved representation. I think I can speak for everyone when I say it’s time to bury the “Bury Your Gays” trope.

Bisexuality erasure is a huge issue on-and-off-screen, whether it’s painting bisexuality as an experiment before re-establishing heterosexuality, or just a quick stop on the way to coming out as gay or lesbian, and this trope certainly doesn’t help. In “The O.C.,” a 92-episode-long teen drama, the relationship between Marissa and Alex gets a whopping 53 minutes (give or take) in five episodes devoted to them. Main girl Marissa falls for recurring character bad girl Alex quickly, even moving in with her (U-Haul much?). However, Marissa is still not over her ex-boyfriend, so they break up. We never see Alex again and Marissa’s sexuality is never explored or discussed again. Then there’s the idea that it’s “fun” or “cool” to be Sapphic/bisexual. The 2014 MTV show “Faking It” was literally based around the premise of two girls who pretended to date to gain popularity (one of them turned out to be a lesbian and the other was “bicurious” at best, leading to seasons of will-they-won’t-they before settling on won’t). As recently as 2017, in the “Riverdale” pilot, Betty and Veronica shared a kiss during cheer tryouts to try and make the team. As Cheryl Blossom said (who is now a canon lesbian character), “Check your sell-by date, ladies. Faux-lesbian kissing hasn’t been taboo since 1994,” so let’s please make it taboo again.

This one’s a classic and will probably never go away, no matter how much I wish it would in most scenarios. It even birthed the 2013 comedy “G.B.F.” which I’m going to assume was awful, even with its surprisingly high 80 percent Rotten Tomatoes rating. The Gay Best Friend is typically a side character, usually used as comedic relief, like Damian in “Mean Girls” (who I do love), who is “too gay to function.” However, they can be main characters as well, like Will, perhaps the embodiment of the trope itself, from “Will and Grace.” These characters tend to outshine the trope itself, which is part of why I don’t see it disappearing any time soon. The trope works, but the implication of it is why I start to push back against it. It almost exclusively applies to gay men and doesn’t end on-screen. Real gay men have plenty of stories to share about cishet girls wanting a Gay Best Friend to talk about guy and go shopping with (they can also be referred to as “arm gays”). This reduces them to no more than their sexuality and places them in a stereotypical box of flamboyant, funny and fully serving to their best friends. I would instead like to pitch the “Token Straight Friend,” that one friend who finds themselves adopted into a group of queer friends because show writers still haven’t seemed to figure out that members of the LGBTQIA+ community tend to move about like wolf packs.

Raise your hand if you’ve ever been queerbaited. If you’re a part of the LGBTQIA+ community, chances are your hand’s been raised. From “Xena: Warrior Princess” to “Supergirl” to “Rizzoli & Isles” to “Glee,” the list of queerbait ships runs long and cuts deep. Urban Dictionary defines it as “when an author/director/etc. gives hints, and clever twists to paint a character as possibly being queer, to satisfy queer audiences, but never outright says they are so they can keep their heterosexual audience.” As frustrating as it is to watch seasons of a show where the writers dangle the potential of more canon queer characters in front of its large LGBTQIA+ fanbases, it breeds some of the best fandoms. Apparently, nothing brings the community together online quite like some good old-fashioned queerbait, as they rally to harass the writers, make fan edits, share fan art, create headcanons and read fanfiction. Queerbait ships tend to have the strongest fan bases, as they build their potential off-screen, but it doesn’t absolve writers of the fact that they’re using LGBTQIA+ audiences to boost their viewership while ignoring their requests for representation. If you’re being queerbaited, it still may be worth it to hang on for the ride; if “Supernatural” was able to make their formerly-queerbait ship canon after 15 years (no matter how poorly it may have been done), then anything’s possible.

We’ve made it to the best LGBTQIA+ trope to ever exist: the Mean Lesbian. Both a trope and aspiration for many lesbians, she is an absolute icon. The Mean Lesbian will verbally (and maybe even physically) assault you, steal your girl and look good doing it. So what if it’s wrong to paint lesbians as mean, angry and man-hating, those are only negative traits in non-lesbians. I don’t make the rules, I simply enforce them! Some shining canon examples include Santana Lopez from “Glee,” who revolutionized the trope with her bad attitude, hilarious and vicious rants and, of course, her pride in being a lesbian after coming out in the show’s third season. Mean Lesbian lovers saw it again with Cheryl Blossom from the CW’s “Riverdale,” and Catra from “She-Ra and the Princess of Power.” Classic Canadian teen drama “Degrassi” managed to have not one, but two Mean Lesbians with Alex Nuñez and Zoe Rivas. A shining but not-explicitly-canon example comes from Beth Cassidy in 2019’s “Dare Me.” However, the Mean Lesbian trope owes a lot to Regina George. Yes, the Head Plastic from “Mean Girls” is also not a canon lesbian, but she’s been adopted by the community over the years, serving as somewhat of a blueprint. You’d be hard-pressed to find a more iconic mean girl and a more iconic trope for her to have helped create — I mean, her former friendship with Janis? The insistence that Janis was a lesbian (which she most certainly was, sorry Kevin G)? The fact that she became a lacrosse player at the end of the film? I’ll let you do the gay math. This is a stereotype that will always be welcomed in my book.

LGBTQIA+ representation in film and television has made leaps and bounds, baby steps and quite a few stumbles backward as well. Pride month is not just a celebration, but also one of remembrance for those who fought for LGBTQIA+ rights, so take a look at some iconic past and current representations of the community on-screen and come to your own conclusions about these tropes.