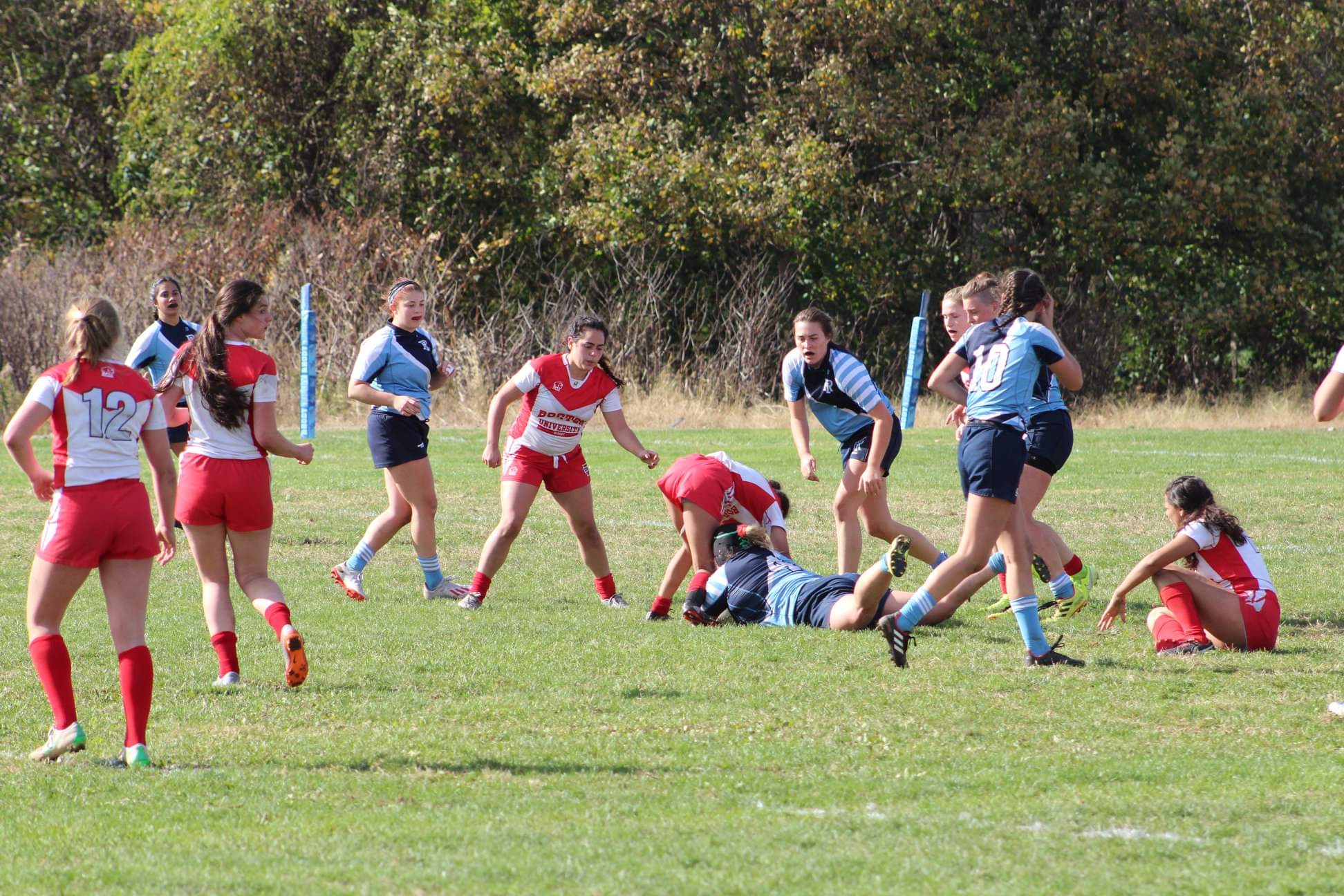 URI Women’s Club Rugby is one of many club teams excited to get back to the field this year. Photo contributed by URI Women’s Rugby.

After a year modified by COVID-19 safety guidelines, club sports are set to return in full capacity this fall at the University of Rhode Island.

According to URI’s Coordinator of Club Sports Joe Wilbur, club sports teams were unable to compete during the fall semester last year, but there is “no new information” to suggest that sports cannot resume play this fall without restrictions.

“We’re hitting the ground running,” Wilbur said. “We’re already at the point where we’re planning for teams to travel and start practicing, sort of just like it would be in the middle of the year.”

Although there are no COVID-19 rules for sports teams to follow from the state or the University at the moment, Wilbur said he understands new regulations could be created later on.

“We are monitoring the situation closely and seeing that there’s some pretty rapid increase in cases, so I wouldn’t be surprised if there was some rollback,” Wilbur said. “I just don’t know what that would look like.”

With club sports teams unable to compete in games last fall, they spent that time participating in team workouts, practicing with face masks and social distancing among stable groups. Wilbur said the largest that the stable group number could be at a time was 15 people.

President of the women’s club rugby team Mycarthy Newton said it was “tough” to conduct team activities with the COVID-19 safety guidelines in place during her team’s fall season last year.

“The only thing we did [last year] were some workouts, and we did a couple practices on the field, but it was really hard because we had the stable practice groups and they really limited us on what we could do in terms of team exercises,” Newton said. “Being able to really develop our skill together, fully, instead of being split up is something that we’re all very excited about.”

With their seasons set to return in full swing, club sports teams at URI can now utilize the turf field at Meade Stadium, an amenity that saw much less use last year from club sports than it would have if teams were able to resume typical activity. Wilbur said that in addition to playing on the turf, teams will also be able to monitor access to the stadium, host practices and games after it snows when athletes can’t play on grass fields and, finally, play later into the night under the stadium lights.

Teams will also have the added resource of an additional staff member in the department of club sports. Curtis Richall — a URI graduate student and alumnus from the Class of 2020 who previously worked with intramural sports — will be assisting teams with scheduling and travel plans and other means of auxiliary support.

“I have seen the impact that intramurals had on a lot of people during my time [at URI] and just how important campus recreation is as a whole to the student population,” Richall said. “With everything still going on in the past year and a half, it’s been stressful for a lot of people. Being able to let people continue their athletic career is something that I was grateful for while I was at URI.”

The bonds and connections built through club sports is something that greatly benefits URI students, according to Wilbur.

“In a lot of cases, people will come to URI or whatever school they choose to go to because they have that sport and they’re looking to continue playing,” Wilbur said. “The lifelong friendships and connections to the institution that you develop as being part of a club sports team are unmatched. You can’t find that anywhere else.”